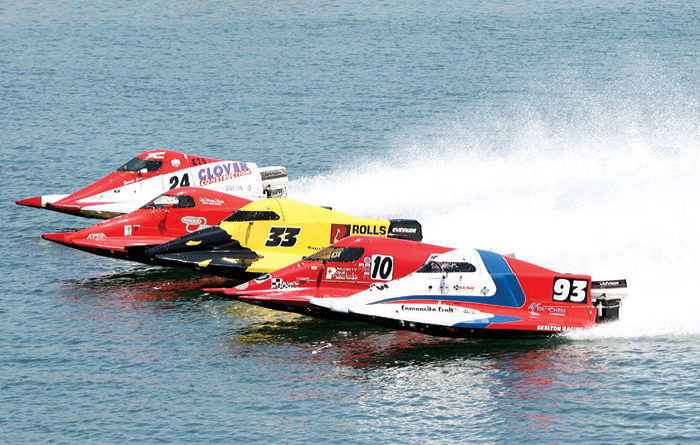 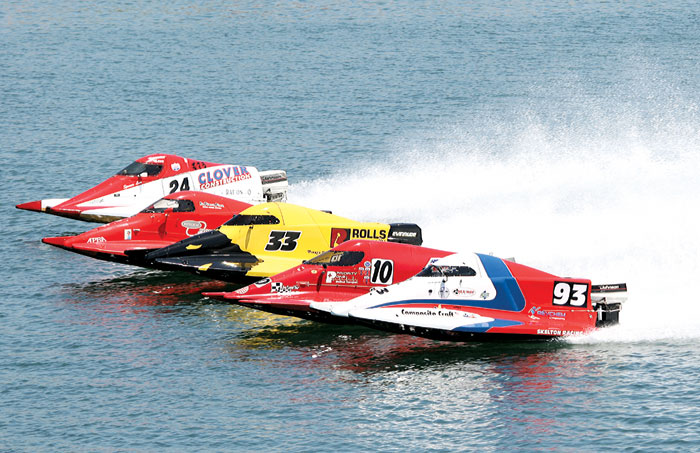 Now in its 49th year, H1 Unlimited hydroplanes and Grand Prix West Series powerboats will once again compete during the annual races. Competitors from across the nation will vie for top honors as they battle for record speeds.

The 2.5-mile course is the longest and fastest racecourse on the H1 Unlimited hydroplane circuit. The event will conclude the 2013 H1 Unlimited season with Oh Boy! Oberto driver Steve David looking to bring home his third straight Bill Muncey Cup.

Unlimited hydroplanes travel up to 200 mph in the straightaways — and drivers must withstand G-forces in the turns that are similar to what fighter pilots face, according to Bayfair organizers.

Since Bayfair’s inception in 1964, the event has grown to include drag boats, aerial demonstrations and live music from 28 bands. The Grand Prix tour will return to Bayfair after a one-year hiatus. Formula One tunnel boats, Pacific Offshore Powerboat Racing Association and P1 USA have all competed at Bayfair.

This year, thunderboats will once again take to the water — hitting speeds in excess of 225 mph. Drivers will compete in more than 23 individual racing categories, including Sportsman and Professional.

“For fans of extreme sports, Bayfair weekend can’t be missed,” said Jeff Thomas, president of the San Diego Bayfair Board of Governors. “Whether you love music, food, fast boats or freestyle motocross, Bayfair has you covered.”

San Diego Bayfair will host a Military Appreciation Day on Saturday, Sept. 14. Active military and reservists can get into the race free with a valid I.D. — and their family members can purchase half-price tickets. With the support of radio stations 100.7 Jack FM and 760 KFMB AM, visitors can create video messages that will be sent to military personnel stationed overseas.

“Bayfair has always been big a supporter of the military,” Thomas said. “The drivers and teams look forward to meeting and taking pictures with the soldiers and their families.”

Bayfair is staging a craft brew festival on Crown Point, and more than 50 vendors will offer specialty foods from around the world.

RV spaces are available for those who wish to camp along Mission Bay. Spaces are located on East Vacation Island, Ski Beach and Fiesta Island.

Parking is provided at lots on East Vacation Island and Crown Point Shore. Parking on Fiesta Island is $10 per day. Shuttles will be provided during the event.