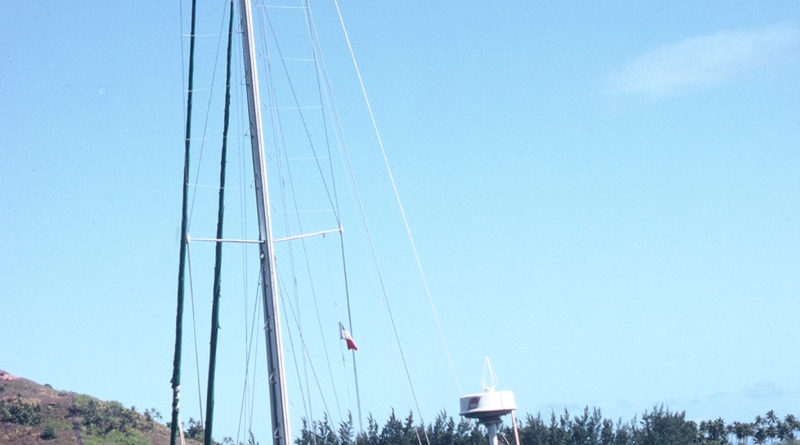 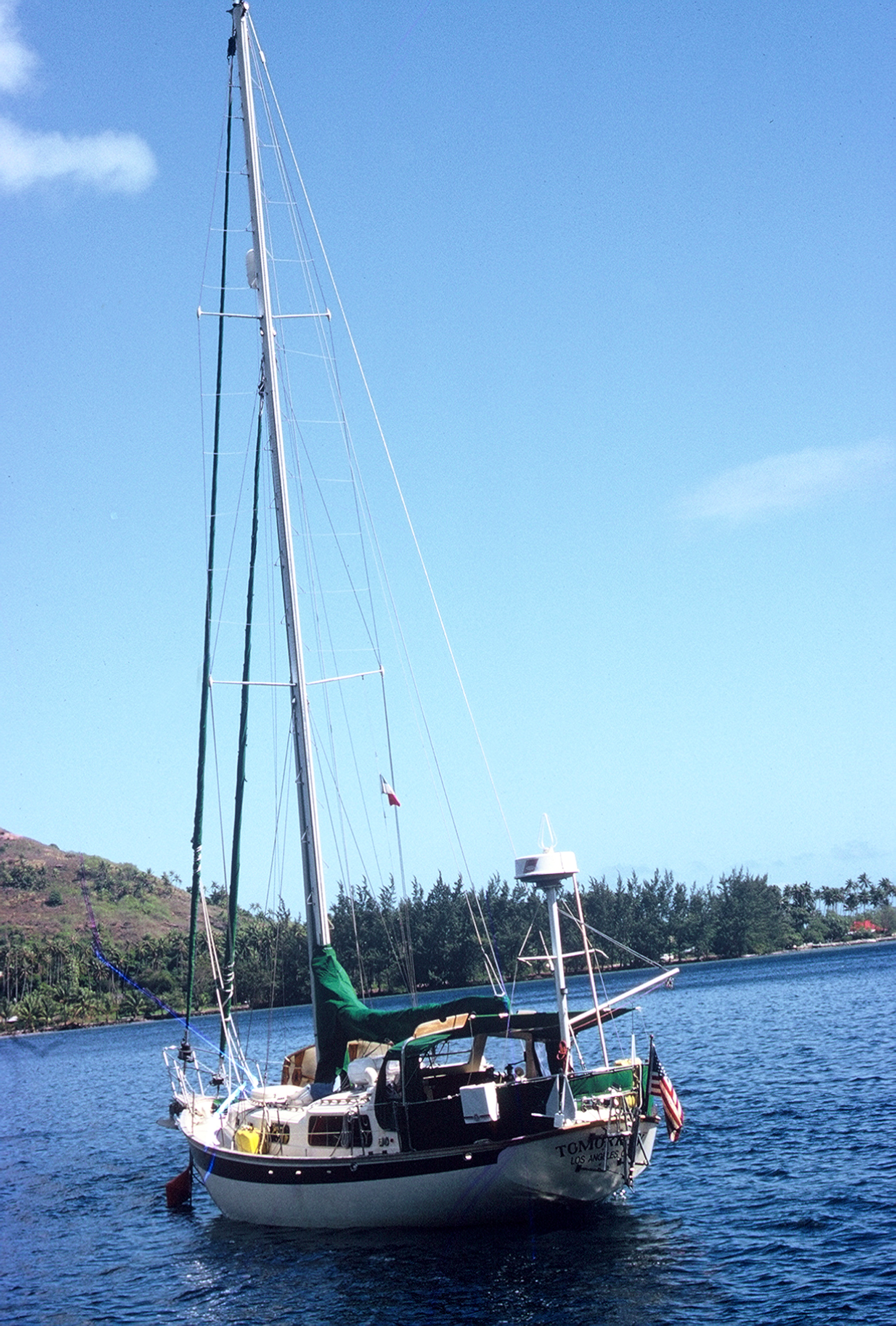 SAN DIEGO — Ken and Margaret Crabill enjoyed the familiarity of watching the Super Bowl XLVIII in a house surrounded by friends, although the game didn’t offer much excitement. For the Crabill’s being in a familiar place was pleasant, especially when compared to how they’d experienced a previous championship game where they watched Japanese announcers detail the event from the TV screen of a British Expat club in Vanuatu, a remote island in the South Pacific.

For 16 years, the Crabills, both dedicated football fans, watched every single super bowl game in a different country while living the life of a slow and detailed 16 year circumnavigation.

“Restaurants, taverns, hotels – it varied,” Margaret Crabill said. “[Watching the Super Bowl] was always a group setting, we’d never watch in a living room with a normal TV set. It’s been more fun [back home] because it’s in somebody’s house with family and friends but it’s not nearly as interesting getting there.”

The couple, who now live in Murrieta, Calif., once worked and lived in San Diego – Ken as a real estate broker and banker, Margaret as a business education teacher. Ken, an avid sailor who had competed in races like the Transpacific Yacht Race, first convinced his wife to take sailing lessons. About 4 years before the couple was ready to retire in 1990, he raised the ante, asking her to live a life at sea.

“We started to talk about what we wanted to do when we retired and decided that we didn’t want to sit around and watch TV,” Margaret said.

Instead they bought a 40-foot Acapulco named Tomorrow, and began planning a circumnavigation cruise.

The first thing the Crabills did to prepare for the journey was downsize their housing. They sold their four bedroom home and moved into a two bedroom condo in Marina del Rey.

“When we bought our boat we spent some time fixing it up, then we moved aboard and gave some of our belongings to our children,” Margaret said. The couple lived aboard for six months or so before leaving the docks. “We had our daughter take care of paying our credit card bills, she had our mail forwarded to us wherever we went.”

Over the span of five years, the couple planned the trip’s itinerary by using the book “Cruising Routes Around the World,” and British admiralty charts.

“We pretty much knew the route we wanted to take; we wanted the wind on our back,” Margaret said “We planned our itinerary based on the weather conditions. But, a lot of the destinations were chosen on the fly.”

Shipping off from Marina del Rey (with a brief stay in San Diego), the route started as a 5 year plan, but easily tripled as the couple made their way through the South Pacific. We had a fault start, we left Marina del Rey when we thought we’d really leave for the ocean but we went to Catalina before working our way down to SD.

“We felt like we hadn’t seen enough of the South Pacific so we went back and spent two more years and part of a third in the south pacific.” The Crabills then went on through South East Asia, the Indian Ocean and Red Sea, the Mediterranean Sea, the Atlantic Ocean, the Caribbean and finally back to the Pacific Coast.

Being a World War II history buff, Ken’s favorite destinations were found along the initial stretch of the voyage in the South Pacific.
“Going through places like Guadalcanal and Solomon Islands, was incredible,” he said. “We walked the Bloody Ridge and saw a number of places like that.”

A notable stop on their lengthy trip was  to Myanmar (then known as Burma). According to the Crabills, they may have been the first Americans to travel to the county  in 25 years, following the country’s liberation.

“It took us three days to get checked into the country because we were the first private boat to visit the country in almost 30 years,” Margaret said. “It took awhile to convince them that we weren’t spies for the U.S. but actually tourists.”

Myanmar Officials initially told the Crabills to leave, declaring that it was illegal for foreigners to travel to their country by sea. Ken requested an appeal, and in the same day the couple became minor celebrities, appearing front page in the local Yagon City newspaper. “We were given 28-day visas; they took care of us and provided security for us and our boat, plus we got to meet a lot of really nice people.”

Throughout their trip, the Crabills experienced the good, the bad and the ugly of the liveaboard lifestyle. There’s a saying that lightening never strikes the same place twice – Tomorrow is an exception.

The first time they were struck, the Crabills were at a yacht club on a mooring buoy in Port Clang, Kuala Lumpur, Malaysia. It was just after lunch, Ken was napping, Margaret was reading. She heard thunder and went forward to pull the hatch down. Then she felt it – the crack of thunder and lightning struck their mast.

“It started to rain really hard and I knew we had been struck,” Margaret said. “I checked around and all of our radios were out. There wasn’t any structural damage to the boat. Ken didn’t even wake up. He slept through the whole thing.”

Lightening struck Tomorrow a second time in Phucket, Thailand. This time the vessel’s entire radio antenna was knocked off.
“The autopilot and the radios – the long distance one and the VHS, were affected both times, the depth reader the knot reader wind indicating instruments even our TV and VCR were gone,” Margaret said. “The first time I guess it cost us about $7,000 to repair or replace with Ken doing the installation and repairs.”

“It’s a question a lot of people asked us because they thought we had nothing to do,” Margaret said. “But [sailing] is very time consuming, you have somebody standing watch 24 hours a day.”

While en route, the Crabills would take turns standing watch three hours on and three hours off from 7 p.m.-7 a.m., looking for changes in the weather and large commercial vessels.

“You’re one little blimp out there and it doesn’t take much for the big ships to get close to you, you only have to be wrong once” Ken said.

Aside from daily chores, daily naps and staying tuned into register reports, Margaret passed the time by working on her book “A 16 Year Sail Around the World,” detailing their adventures in more than 50 countries.

When the Crabills started their journey, they had a hand radio on board to patch through to land stations, which they also used to contact family.

“We just let the kids know where we intended to be, and whenever we got to a land destination we would use our calling card and telephone them,” Ken said. The Crabills also utilized the U.S. Postal Service, giving their daughter addresses wherever they were so she could send their mail.

“Sometimes we wouldn’t get our Christmas cards until May or July,” Margaret said.

Though internet wasn’t very big when the couple started their voyage, toward the end of it they also communicated by email at internet cafes they found along the way.

They simply slipped Tomorrow at various marinas along the way and made , trips back home each year.

“We started coming back to the U.S. every third year and all of a sudden, when the first grandkid came, we knew we had to come back every year,” Ken said. On average, the couple would visit for about four to six weeks on any given trip.

“Sometimes these flights were very long and grueling but it was worth it to visit our family and friends,” he added. Life Back on Land

After living aboard their vessel in Ensenada for several months, the Crabills decided that the hassle of crossing the border for medical supplies and family visits was too much. They sailed Tomorrow to San Diego, where they sold her and used the money to buy a 1,037-square-foot two-bedroom condominium in Murrieta, Calif.

“I found places to put things that I didn’t have on the boat, it was heaven,” Margaret said. “I had a dishwasher a dryer all the comforts of home – AC, running water that I don’t have to fill up with water tanks.”

Margaret also bought furniture, new dresses and grew her shoe collection from the three pairs she kept on Tomorrow, to 12.
For now, the Crabill’s sailing days are over, Ken said.

For more information on the trip, visit 16yearsail.com.