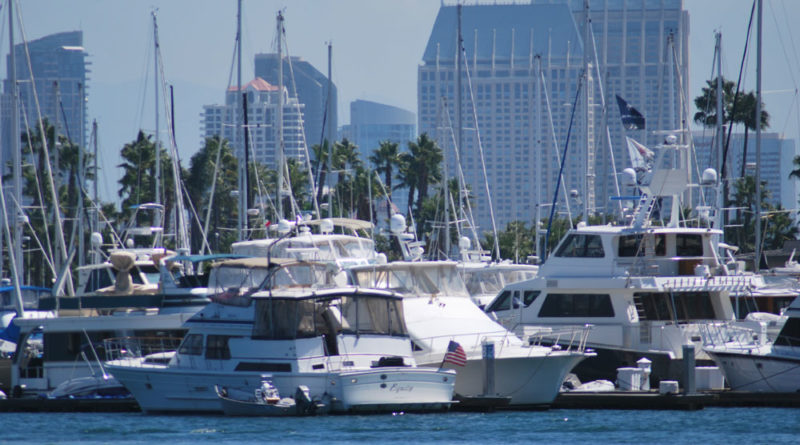 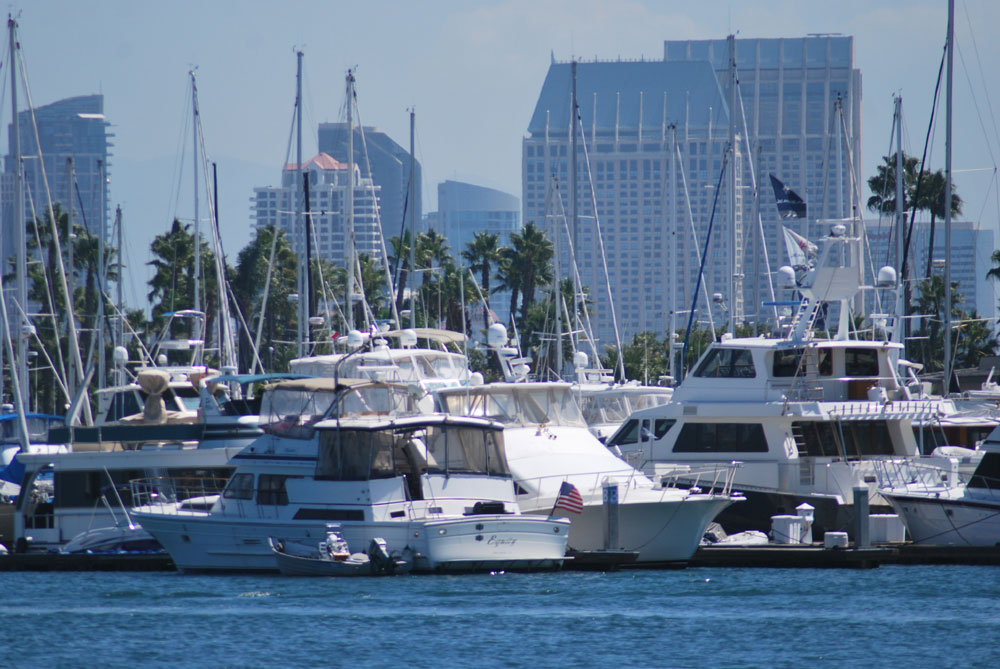 SAN DIEGO — About one dozen representatives from marinas and yacht clubs in Coronado and San Diego attended the first-ever iWatch My Bay – or iWatch – meeting Sept. 10 at Harbor Police Department headquarters.

Attendees discussed how members of the maritime community could partner with law enforcement to track suspicious criminal activity, including property theft, drug smuggling, and potential acts of terrorism.

Guided by a goal to raise awareness of potential terrorist acts and engage in information sharing between law enforcement officials, harbor and marina operators, and the general public, iWatch operates as a neighborhood watch system involving yacht clubs, marinas, and harbor police where participants report suspicious activity or behavior to local law enforcement. The Department of Homeland Security has a similar program in place called “If You See Something, Say Something.”

The San Diego Harbor Police Department plans to have quarterly meetings with interested parties to keep tabs on criminal acts in and around waterways and keep abreast on potential illegal activities that may occur in local waterways.

Harbor Police Capt. Mark Stainbrook said the intent of the iWatch program is to “raise community awareness of terrorism” and “get out some information” of potentially suspicious activities.

Stainbrook added federal and law enforcement officials studied the respective behavior of individuals affiliated with large scale criminal activity – such as the 9/11 attacks in New York City and Washington, D.C. – and have been able to come up with a list of potentially predictive actions.

Those predictive actions or possible indicators have been incorporated as part of the iWatch program to help assess whether a potential terrorist activity could be developing. Those indicators include: hostile surveillance of security cameras or checkpoints; trespassers in secure areas; strangers asking questions about police patrols or security procedures; individuals purchasing supplies that could be used to make a bomb or weapon; and, smells or fumes inconsistent with scents usually found in marinas or the sea.

Other criminal activity common in marinas and harbors include drug smuggling, human trafficking, as well as property theft or damage.

According to the Harbor Police, suspicious activity is defined as “a pattern of behavior that … may be perceived to be out of the ordinary” and could potentially result in criminal activity.

Corp. Wayne Schmidt of the San Diego Harbor Police said the iWatch program is “essentially looking for community assistance to help be the eyes and ears” at local marinas and other maritime venues.

“You know who belongs in your marina and who doesn’t,” Schmidt said, adding community reporting of suspicious behavior is essential to crime prevention or disruption in San Diego’s waterways.

In addition to marina operators and yacht clubs, Harbor Police hopes to eventually work with oceanfront businesses and residents to keep a pulse on possible criminal or terrorist activities occurring at maritime venues.

San Diego Bay is located approximately 8 miles north of the California-Mexico border, is home to what the federal government considers a strategic port.

There are 14 strategic ports in the United States that are designated by the federal government as essential links to military logistics overseas. The San Diego Port is not only a city with strong military connections but also home to a major metropolis with a thriving biotech industry and tourism market. Accordingly, San Diego’s waterways serve as a possible avenue and entryway for criminal or terrorist activity.

Stainbrook added the iWatch program aims to partner his department with marinas and yacht clubs to monitor potential all types of potential criminal activity.

The iWatch program is an initiative of the Unified Port of San Diego, which is jointly governed by representatives from the cities of Chula Vista, Coronado, Imperial Beach, National City, and San Diego.