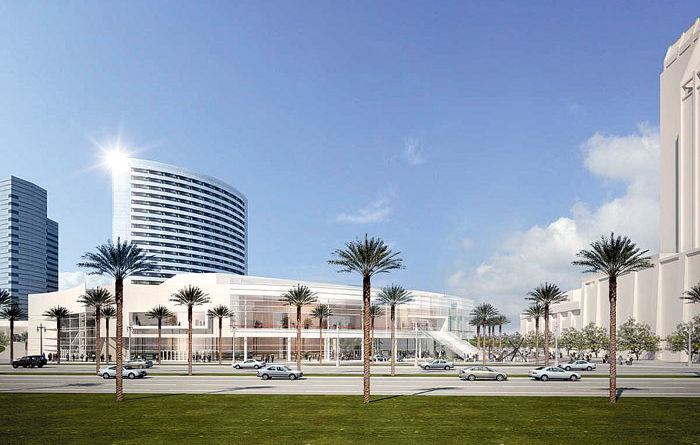 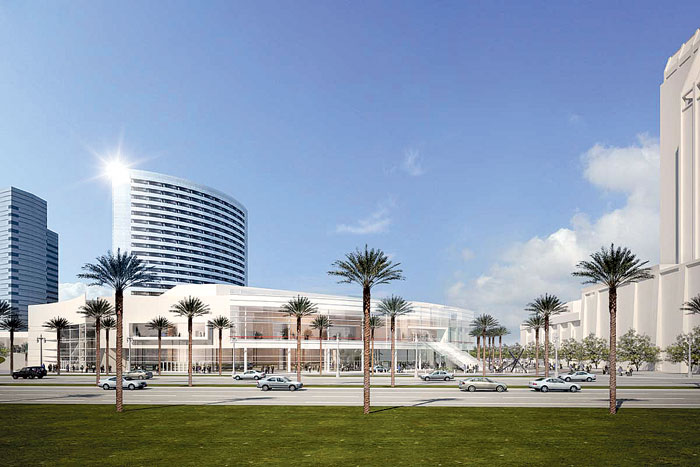 The project will be an addition to the hotel’s current north and south hotel towers that feature 1,355 guest rooms, 75,000 square feet of meeting space, a fitness center and waterfront restaurants, adjacent to a 450-slip marina.

The walkway, to be called “Marina Walk,” will be built between the Marriott and the adjacent Manchester Grand Hyatt. It will give new public access to the South Embarcadero waterfront from Harbor Drive and the adjacent downtown residential community.

In addition to the new public access point, the project calls for a 25,000-square-foot Marina Terrace located along the Marriott’s waterfront, overlooking its marina. The area will be open to the public and used as an event venue, as well.

The walkway will be 145 feet wide at its entrance point and will narrow to 50 feet along the corridor, before opening back up to 80 feet at the bayfront.

“I’m pleased that the California Coastal Commission recognized the value of this project, especially the ways it will improve the connection between downtown San Diego and the Bay,” said Lou Smith, chairman of the Board of Port Commissioners. “This is a great project that promotes public access to the bay, sustainability and jobs.”

In December 2011, San Diego’s Board of Port Commissioners approved the project unanimously, with the condition that the 25,000-square-foot promenade be open to the public a certain number of days.

“After over two years in the approval process, we are thrilled to be able to provide a world-class meeting facility for the Marriott Marquis and Marina — and, most importantly, to finally deliver to the citizens of San Diego the long-awaited pedestrian and view corridor linking Harbor Drive to the waterfront,” said Marriott project manager Kipland Howard.

San Diego Marriott Marquis and Marina is located at 333 West Harbor Drive in the Port District’s South Embarcadero.             Redevelopment of the property is expected to be conducted over a five-year period, to minimize business disruption. Marriott recently completed more than $100 million in guest room renovations and upgrades to the lobby, porte’ cochere and swimming pool.

The project is projected to create 400 construction jobs and 176 new permanent full-time jobs related to the ballroom expansion. It is expected to generate an increase of $2.7 million in annual Transient Occupancy Tax to support police, parks and other public services, according to Marriott.