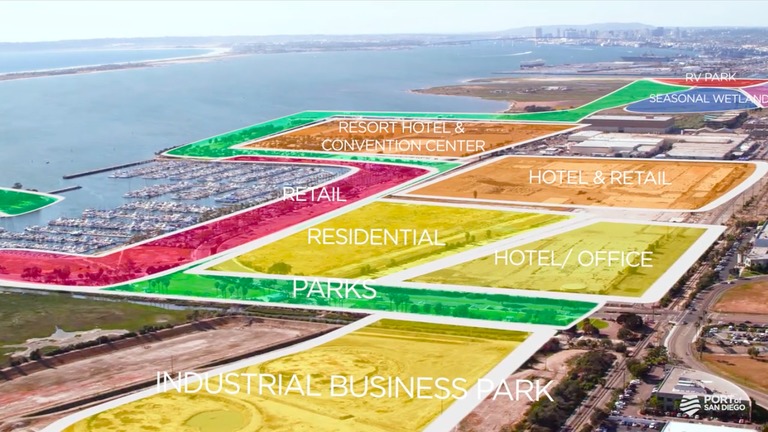 Green-lighting the 66-year term will allow the port district to move forward with revitalization project.

Chula Vista and the Port of San Diego have been planning a revamp of the South Bay waterfront for more than a decade, and several project approvals are already in place. Yet shutting down the existing recreational vehicle park and relocating it to its new site, likely at E Street and Bay Boulevard, was necessary for the project to move forward – and the new lease allowed the shut down and relocation to occur.

“There is an existing recreational vehicle … park … located within a portion of the Chula Vista Bayfront … that is the home to the resort hotel and convention center … proposed by RIDA Chula Vista,” port district staff stated in a report to commissioners. “The relocation and opening of the 237 RV stalls is a critical path item before the development of the [resort hotel and convention center] can commence. The [Chula Vista Bayfront Master Plan] identified the 19-acre site located at E Street and Bay Boulevard in the Sweetwater District of the [development site] … as a possible replacement site for the 237 RV stalls.”

The Chula Vista Marina and RV Park leased nearly 580,000 square feet of land from the port district; port district staff terminated the lease on March 4. The recreational vehicle park was allowed to continue operating, though, until its replacement could be built and opened.

“The existing RV Park is located on the site of the future Harbor District Park and [resort hotel and convention center] in the [Chula Vista Bayfront] and will need to be closed permanently to make way for the construction of [the convention center, hotel and park],” port district staff stated.

Chula Vista’s waterfront is about to endure a significant facelift, with RIDA Chula Vista LLC planning to build a Marriott Hotel and convention center adjacent to the city’s two marinas. The Marriott will feature 1,600-some hotel rooms and 275,000 square feet of convention and meeting space. The center will also include retail space, a restaurant, recreational amenities and a boat rental area.

Plans to modernize the Chula Vista waterfront have been in play since 2002. The Log previously reported the redevelopment of the Chula Vista Harbor area could result in 2,000 added jobs and $1 billion in new revenue.

Development of the Chula Vista Bayfront project is a joint venture involving the city of Chula Vista and Port of San Diego.

The Chula Vista Bayfront site is more than 500 acres in size. Chula Vista’s harbor area is home to 552 slips. San Diego’s port district owns most of the property at Chula Vista Marina.