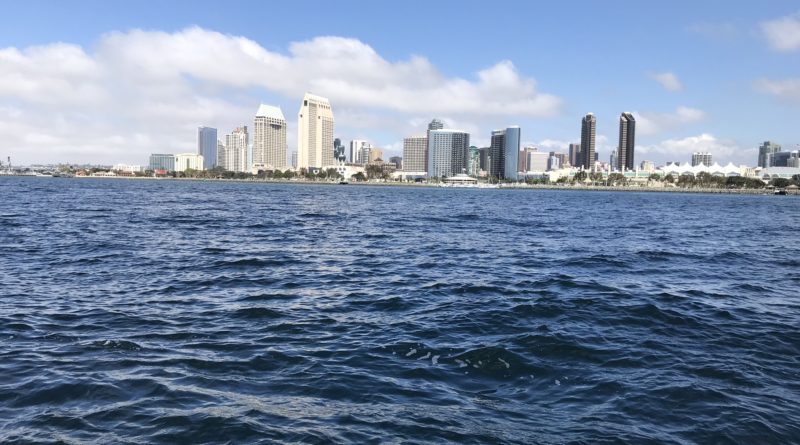 SAN DIEGO — The morbid future presented in the 1993 film “Demolition Man” was set in the city of “San Angeles” – an amalgamation of San Diego and Los Angeles. Urban sprawl of both cities was growing at such a fast rate back then the film’s writer appear to have jokingly predicted California’s two largest cities would merge together into one mega-metropolis by 2032 (the film’s present day).

Nearly 25 years later the metropolitan regions remain separated by a military base and some rugged terrain. Perhaps we’ll never see San Angeles come to fruition, allowing America’s Finest City to maintain its own identity as one of the nation’s top maritime and nautical destinations.

San Diego is a major draw for Southern California’s boating and sportfishing communities, with dozens of offshore fishing jaunts departing from the region’s many landings and thousands upon thousands of boaters calling the nation’s eighth largest city home. Boaters who dock or anchor in the San Diego region have the gamut of activities to explore – assuming they actually want to get off their boat.

The Port of San Diego, for example, is an urban boating paradise – with dock-and-dine restaurants dotting the waterfront and anchorages or moorings available at several locations within the bay.

Cities such as Chula Vista and National City are great for sailboats, as the waters within the South Bay region of San Diego are calm and pleasant.

The Shelter Island area is home to dozens of sportfishing boats and landings – a perfect destination for anyone seeking to go offshore fishing and bring home some tuna.

Both Shelter and Harbor islands are home to a variety of marinas and yacht clubs catering to the many whims of local and regional boaters.

Change is in the air as the Port of San Diego is pursuing ambitious plans to revitalize the waterfront. Boating amenities would be greatly enhanced should these ambitions come to pass – though the effect of such changes on boaters won’t be known for a few years.

Mission Bay offers boaters a “quieter” space for boaters who want to recreate but in a more park-like setting. The Mission Bay area is a popular destination for kayaking, jet skiing and standup paddleboard use.

Anyone who gets off their boats and explore San Diego by land will have plenty of activities to discover, such as dining at Gaslamp Quarter, enjoying Balboa Park or taking part in many of the art, food or music festivals planned throughout the year.

Those who enjoy camping or hiking won’t have to trek too far as San Diego’s inland features trails and other diverse natural resources.

Also inland are several freshwater lakes, where locals flock in search of trout, catfish and other fish.

San Diego essentially has a little something for everyone. Our inaugural San Diego Issue delves in to a few things local boaters can experience when visiting America’s Finest City. The guide also features a listing of upcoming events, resources for boaters to use once docked in town, insight on local amenities and happenings, and a few dashes of history.