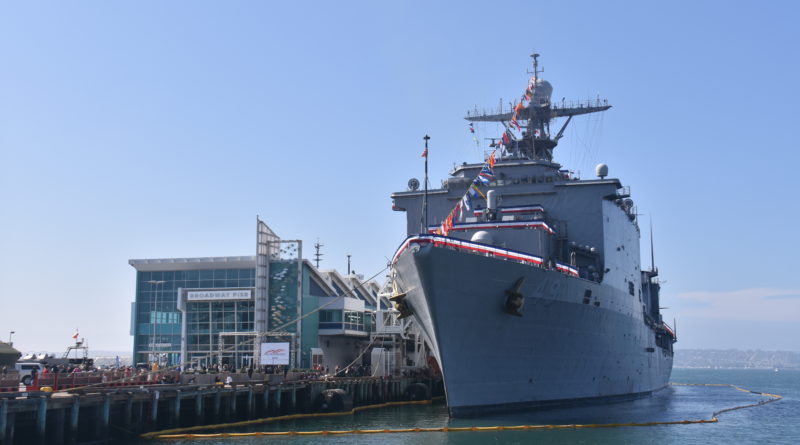 Fleet Week honors and celebrates the men and women of the military.

SAN DIEGO—Veterans Day is fast approaching, and the city of San Diego will honor the many current and former military service members in the area. Fleet Week San Diego kicks off Nov. 4 and runs through Nov. 12. Fleet Week will also give the public an up-close look at the military forces in the county. San Diego is home port to 57 U.S. Navy ships, three major Marine Corps bases, and a robust Coast Guard. Visitors will be able to tour some of the military ships as part of the event.

“San Diegans and visitors to our city really don’t often get a chance to meet the people and see the technology they use to defend the United States and our way of life,” 2019 Fleet Week San Diego President Gordon Rutherford said in a released statement. “We’re proud of the work our military men and women perform, and Fleet Week is a great way to honor their service!”

Activities will be held daily throughout the nine-day event, starting with a sixteen team softball tournament between teams of first responders from the cities around the Bay and military teams from the bases in the area. A golf tournament for enlisted service men and women will close out Fleet Week activities on Nov. 12. Other activities include the Enlisted Recognition Luncheon hosted by Sea World, Student STEM Days sponsored by Lockheed Martin, a Military Family Day, and concerts featuring Tim Hurley and Coffey Anderson.

In addition to ship tours and Marine Corps static displays, the popular Innovation Zone and Coast Guard Open House will return to Fleet Week this year along with the addition of a Veterans Art Exhibit, the Veterans Day Parade and post-parade concert. For a complete schedule of events, visit the Fleet Week website at fleetweeksandiego.org.

San Diego Fleet Week has a long history and began in 1935 with a grand display of 114 warships, 400 military planes and more than 55,000 enlisted men. More than 20,000 visitors attended Fleet Week festivities last year.