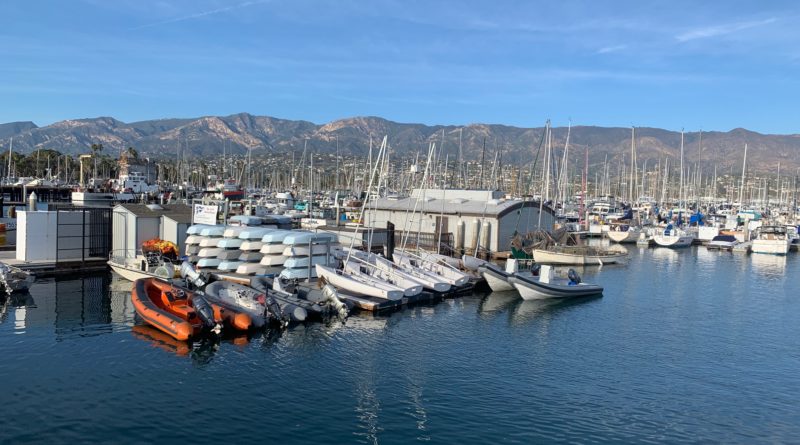 Water quality monitoring and pollution prevention are among the top goals of city’s ongoing eco-friendly work at the harbor.

SANTA BARBARA—The city of Santa Barbara continues to make progress in making its local harbor an eco-friendly waterfront. This was the message of a recent Clean Marina Program update, which was provided at the April 18 Santa Barbara Harbor Commission meeting.

Kronman discussed each element with commissioners, explaining how each category both promotes boating and maintains a sustainable harbor.

The harbor, for example, has five pump-out stations: three at Marina 1, one at the fuel dock and another at the boat launch ramp. Each station can handle 40-some pounds of pump-out per minute.

Kronman added Santa Barbara Harbor is also home to more than 40 debris nets, with 15 of those replaced and updated last year.

All 40 nets could be updated and replaced within the next few years. Kronman said these nets are available for boaters to use, not harbor personnel.

There are also three waste oil removal stations in the harbor, which boaters can use for antifreeze, bilge pads, oil, oil filters other nonhazardous materials.

The Clean Marina Program, according to Kronman, has helped city officials manage Santa Barbara Harbor in the most environmentally appropriate manner possible.

“If you don’t have this green marina certification [from the state], it’s like a [poor] Yelp review,” Kronman said. “People pay attention to this when they’re going to visit harbors up and down the coast.”

Kronman added the adjusted cost for the Clean Marina Program, which has been in effect since 2002, was less than $20,000 for fiscal year 2018.