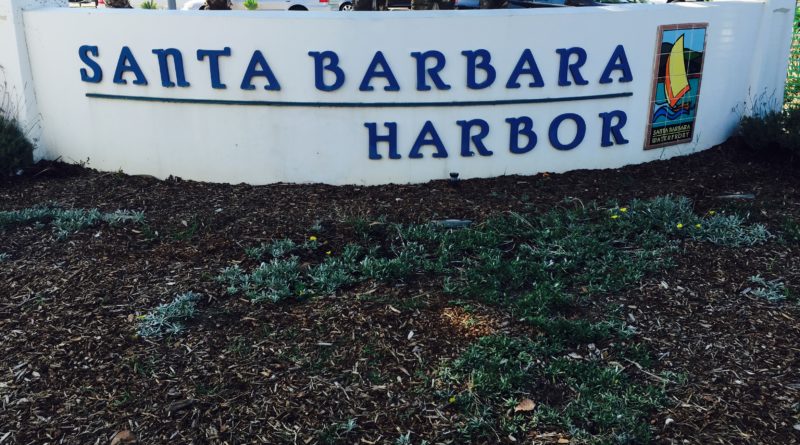 In addition to efforts to improve parking congestion, staff discusses AB 516, a bill that aims to limit authority to tow vehicles.

SANTA BARBARA—Santa Barbara Harbor Commission is back in session after a brief summer break. A major point of discussion at the latest meeting, held on July 18, was one many in SoCal are worried about: public parking.

At the meeting Brian Bosse, waterfront business manager for the City of Santa Barbara, stated, “As many of you may know, parking at the waterfront, public parking lots, has long been in demand. Increased popularity at the Funk Zone, the reopening of Lower State Street, the explosion of standup paddleboarding has put pressure on our parking lots.”

Parking in Santa Barbara on a busy afternoon, like parking in most coastal cities, typically reaches capacity.

Bosse continued that staff have received many complaints from the public, slip permittees, business, visitors “and pretty much everyone else in between.”

In an effort to receive more feedback about the parking, Santa Barbara waterfront officials have held a public meeting to learn more. The Waterfront Parking Issues Workshop was held on June 13 and results were announced at Santa Barbara Maritime Museum’s Munger Theater on July 22. A published summary of the subcommittee’s findings is currently available on the city’s official website.

Waterfront officials reached out to the community and invited members of the public to attend through public notices and the Blackboard email notifications. According to Bosse, between 50 and 60 people attended.

“This [the workshop] was strictly to gather input and know what’s going on in our lots,” said Bosse, who also explained that staff did not intervene or look to seek a solution as much as listen to feedback and take notes.

Bosse stated, at the harbor commission meeting, that there was a healthy amount of feedback of the first two questions. However, some attendees were confused by the last of the three questions.

“When you look at it, that’s [the question] is a bit confusing, so we’ll tighten it up next time.”

According to the staff report found online, there was a robust discussion that yielded quite a number of answers to the questions posed above.

Generally participants were happy with the parking permitting system, but suggested more enforcement was necessary to make sure vehicles do not overstay their welcome. Some suggested possible too many permits were issued and that more parking should be available on streets that currently do not allow parking. Boaters appeared to like the 3-hour launch ramp parking, but felt that the area could be redesigned to offer more joint-use parking at Sea Landing. Others felt that the long-term storage/van parking posed a problem.

In a phone call with Bosse, he told The Log that city staff is in the beginning stages of creating an ordinance to address the parking issues. The draft, if accepted, would need to go through the appropriate measures to be written into law. Bosse suggested that the first review might be sometime in August.

Another matter Bosse mentioned at the harbor commission meeting was Assembly Bill 516, an amendment to the State’s Vehicle Code introduced by Assembly Members David Chiu (D-San Francisco) and Miguel Santiago (D-Los Angeles). The bill would make amendments to authorities to remove vehicles by towing, a notion that has officials from some California coastal cities, where parking is already an issue, wondering how this amendment could further impact parking.

Language of the bill states, “Existing law authorizes a peace officer and specified public employees, as an alternative to removal of a vehicle, to immobilize the vehicle with a device designed and manufactured for that purpose, if, among other circumstances, the vehicle is found upon a highway or public lands by the peace officer or employee and it is known to have been issued 5 or more notices of parking violations that are delinquent because the owner or person in control of the vehicle has not responded to the appropriate agency within a designated time period.”

Further, the goal of the bill would be to “delete the authority of a peace officer or public employee, as appropriate, to remove or immobilize a vehicle under those circumstances [as detailed above].”

Bosse stated that the city is opposed to the bill and working with California League of Cities and California Public Parking Association to oppose it, though he had also stated there was a “push to carve out coastal cities,” meaning there is talk coastal cities could be excluded.

Commisioner Lang Sligh asked for statistics on how often towing is necessary at Santa Barbara’s waterfront.

Bosse replied, “It’s not daily, not weekly, but it would impact us,” and stated that statistics could be provided at a later date.

AB 516 is currently in late stages of counsel. According to Santa Barbara Harbor Commission and city staff, the bill looks as if it may pass.

How would this bill affect coastal cities if applicable? Would this be a benefit for beach goers who slightly overstay their welcome or would it continue to create more of a challenge in parking lots?

Share your opinion with The Log online through social media or via the comments, or write an email to editor@thelog.com.