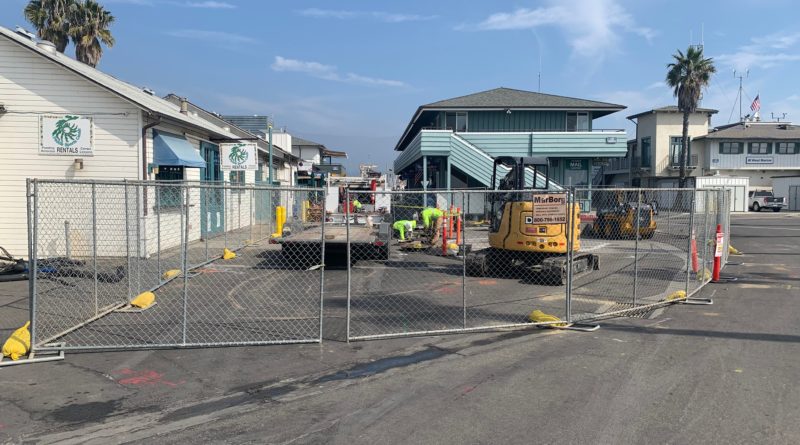 SANTA BARBARA—The Santa Barbara Harbor Commission was briefed on several significant happenings at their Feb. 20 meeting. Items on the agenda included a briefing about discussions for a possible navy ship visit to the harbor, fuel dock renovations and dredging.

New Waterfront Director Mike Wiltshire delivered a report on a recent meeting between the Santa Barbara Navy League and waterfront staff. Wiltshire said the main discussion point was bringing another naval ship to Santa Barbara within the next year or two. He said they also discussed the building and commissioning of USS Santa Barbara, an Independence-class littoral combat ship. He said there are hopes of the ship being commissioned here in Santa Barbara.

“The intention of my presence was to let them know the waterfront and the city would be very welcoming to the Navy for an event like this,” Wiltshire said.

Austal USA began construction on the ship in October 2019 in Mobile, Alabama. Construction is expected to take two years. Once complete, the ship will be 421 feet long with a beam length of 103.7 feet and a draft of 14 feet. The Santa Barbara name was chosen by Secretary of the Navy Richard V. Spencer, who said in a released statement at the time “This city’s innovative workforce and longstanding support of our Navy and Marine Corps team, whether active duty, reserve force, civilian, or veterans, strengthens our Navy and nation.”

It will be the third warship to bear the name Santa Barbara.

“Nothing is set in stone but it would be a pretty neat thing to see a ship like this coming up to Sterns Wharf,” Wiltshire said.

Final approval and permits have been signed and construction has begun on the Santa Barbara Fuel Dock. There are four 10,000-gallon tanks holding diesel and gasoline that supply the fuel dock at the end of the City Pier. The project will replace the four current, single-walled tanks with two, 20,000 gallon, double-walled tanks.

The project began on Feb. 18, bringing with it the closure of the Fuel Dock and most of Harbor Way.

“We spent a lot of time and effort addressing how we’re going to address Harbor Way and the impact,” Bosse said. “Harbor Way is for the most part closed. We put out quite a few different signs informing the vehicles of additional parking.”

All vessels will still be able to obtain fuel from the east end of the City Pier adjacent to Hoist 4, according to Waterfront staff. The project is expected to take eight to ten weeks.

The fall cycle dredging of the Federal Channel was completed Feb. 6, according to Waterfront staff. The project faced some challenges; Bosse reported there was a two-month delay due to a bid protest, which was ultimately dismissed. The dredge was also cut short due to the failure of an electrical feed.

The dredge contractor, Pacific Dredge, removed 96,663 cubic yards of sand, significantly less than the 120,000 allowed under the current Corps of Engineers contract.

The shortfall from the fall cycle dredging will be carried over and added to the amount of material Pacific Dredge can remove during the upcoming spring cycle, bumping that limit to approximately 144,000 cubic yards, assuming that much material is available. Spring dredging begins in April.