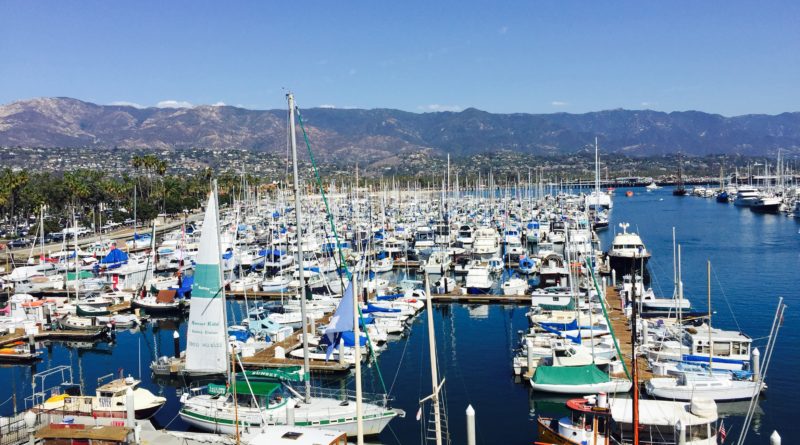 City Council approved Sabrina Kranz’s application to serve on board, but she did not meet residency requirements.

SANTA BARBARA ― Santa Barbara Harbor Commission was back in action on Aug. 17 after a two month hiatus. Both the June and July meetings were canceled due to having a light agenda and a lack of quorum.

The commission’s first meeting of the summer was mostly business as usual, albeit with one of two commission appointments being rescinded on a technicality.

Yaniv spends a great deal of time on the water as a member of the Santa Barbara Outrigger Canoe Club (SBOCC). He has been a Santa Barbara resident for the past 13 years.

“Commissioner Yaniv has been appointed to serve a [30-month] term, expiring on December 31, 2019,” Waterfront Director Scott Riedman stated. “That’s because he’s filling in for a commissioner that got off early. So he’ll be filling out that term, and then he will be eligible for a four year term after that.”

“Turns out she was ineligible because she lives outside city limits,” Kronman told The Log. “We’re allowed only one non-City resident on the Commission, and we already have one – Jim Sloan.”

Riedman also said Kranz cannot serve on the commission due to living outside the city limits, which was realized very late in the vetting process.

The commission will begin taking applications and start the recruitment process over again to fill the final seat on the commission with an appointment to be made in January 2018.

Treiberg reported 18 out of 22 minor capital improvement projects have been completed for the current fiscal year.

The waterfront department’s objective is to accomplish 82 percent of the minor capital improvement tasks, and already 80 percent of the jobs are done.

“We met that objective this year, which is nice, because we didn’t quite make it last year,” Treiberg told the commission.

The minor capital improvement projects included the installation of additional self-pay parking stations at a couple parking lots, the remove of the kiosk for one of the parking lots and the re-decking of Marina 4B.

These improvements were made to meet the needs of the parking public by reducing lines, Treiberg mentioned.

Treiberg also said the wooden dock at Marina 4B was re-decked.

“We have an objective of replacing 10 fingers a year [on the wooden docks],” Treiberg stated.

Vendors will be providing plenty of seafood options, from lobster and crab to oysters and clam chowder. Live entertainment includes three bands on the main stage. More than 40 arts and crafts merchants will be exhibiting. The city’s pier will also have educational booths.

Directions are available online at Harborfestival.org.

Both Sloan and Spicer will serve another year as chair and vice-chair respectively for the fiscal year 2017-2018.

Commissioner Merit McCrea was absent from this meeting due to being out on a marine research trip, according to Riedman.