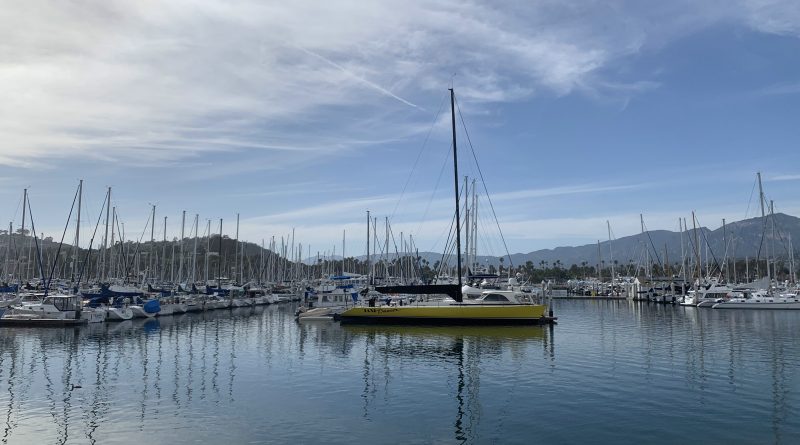 Three commissioners nominated to serve on the new committee, which is expected to hold its first public meeting on Oct. 28.

Editor’s Note: This story has been updated. Santa Barbara City Hall has informed The Log that the newly formed committee will meet at 4 p.m. on Oct. 28.

Commissioners Michael Nelson, John Stedman and Jim Sloan volunteered to serve on the ad hoc committee. Ad hoc committee members can only have three members; an item considered during committee meetings could already have a majority vote before reaching the commission if the committee has four members.

Laurie Rafferty, a local boat owner, told commissioners many Santa Barbara boaters are keenly interested in the policies this ad hoc committee would advance to the commission.

“The public should certainly know all of those things,” Commission Chair Lang Sligh said in response.

“The way the public will access [the committee meetings] is the same way we’re accessing this meeting today,” Wiltshire continued. “In Covid times, everything is still virtual.”

Wiltshire added no date for the first ad hoc committee meeting had been selected (as of Sept. 17). Details about the first ad hoc meeting (and a possible schedule for future meetings) will be reported in The Log as soon as the information is made available from Wiltshire or the Waterfront Department office.

Wiltshire, during the commission’s July meeting, noted the transfer and assignment policies were complex and imperfect.

Slip permit transfers, according to a city staff report submitted to commissioners earlier this, limits the availability of and equal access to slips for members of the general public. A slip transfer fee, according to Wiltshire, was imposed to control demand, limiting private party influence over slips,

Santa Barbara’s Waterfront Department implemented a slip assignment policy in 1975 and slip transfer fee in 1982; both policies are codified in the Santa Barbara Municipal Code.