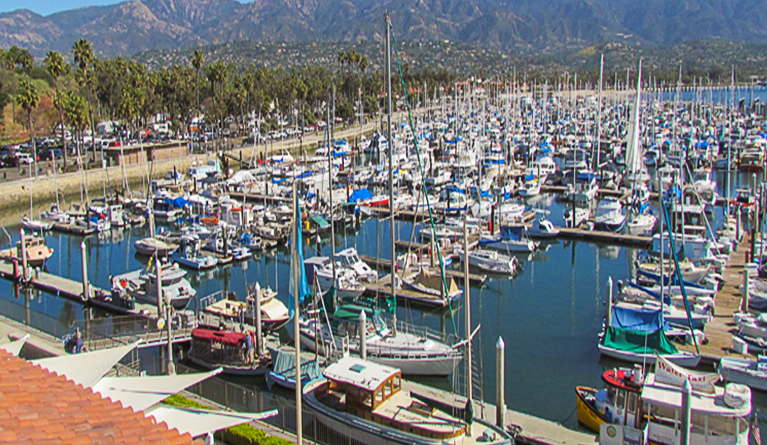 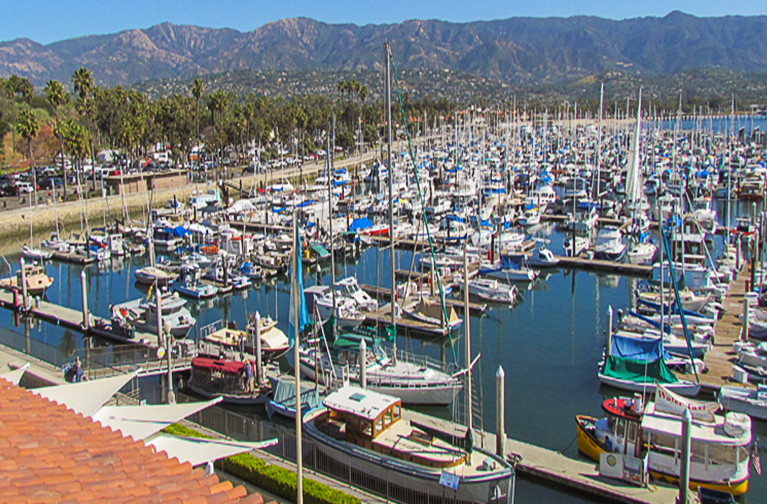 SANTA BARBARA – In an attempt to save some money and help the East Beach Mooring Area reach capacity, the Santa Barbara Harbor Commission unanimously approved the elimination of mooring lotteries on Nov. 20.

The new policy, which also calls for the establishment of a mooring permit waiting list and a $300 non-refundable application fee, still needs to be approved by the Santa Barbara City Council before becoming effective.

According to Harbor Manager Mick Kronman, the lottery system, which has been in place since 2006, has not helped fill vacant spots in the mooring field.

Kronman said a former Harbor Commissioner had recommended the city move away from a mooring lottery system and instead try to fill vacant spots on a first-come, first-served basis.

“We believe the time has come to shift gears and move to [the first-come, first-served] approach,” Kronman said.

Shifting away from a mooring lottery would have several benefits, he added.

“It would enhance staff’s ability to issue permits. It would save the money spent on advertising and communication with key lottery participants. We see a lot of upside and very little downside,” Kronman said.

Other elements of the proposed change include applying $250 of the $300 application fee to the annual permit fee. Also, all “prove-ups” would occur between May 1 and Sept. 30.

A “prove-up” involves establishing a mooring within the field, having a vessel registered to that mooring and obtaining a permit.

Kronman added a vessel only needs to be attached to the mooring just once to qualify as being registered.

The proposed waiting list would only be in effect should the mooring field reach its capacity. A $40 annual fee would be assessed to anyone on the waiting list. If a mooring permit is offered and declined, the applicant would drop off the waiting list.

At least one boater, Danny Easley, welcomed the prospect of doing away with the mooring lottery system.

“I’ve been trying to get into a mooring spot for four years,” Easley said. “I think this is a really good idea. With the lottery, I’ve been unable to achieve what I’m trying to do, which is find a secure anchor for my vessel.”

One of the biggest issues with the current mooring lottery system was getting vessel owners to actually commit to taking up a spot in the field.

According to Kronman, while the previous three lotteries in 2010, 2011 and 2013 drummed up 122 applications, only 12 of the applicants actually completed the process and secured a vessel and permit for a mooring space.

The conversion rate of fewer than 10 percent was “unacceptable,” Kronman said. Ditching the lottery system and moving to a first-come, first-served basis might go a lot further in filling up vacant moorings, he added. “It’s not for everybody. The idea [of being on a mooring] sounds good at first. I think the idea of having a 360-degree ocean view and a little chunk of the paradise to yourself sounds good on paper but you have to be willing to pay for the installation of your equipment and have it inspected every year,” Kronman said, adding the mooring field has not been full for about a decade. “We’re hoping by having first-come, first-served, we’ll have the people who really want to be out there and aren’t speculating on a fantasy.”

The mooring field was established east of Stearns Wharf in 2006 and includes 44 moorings. Once an individual vessel owner claims a mooring, he or she is responsible for deployment, inspection and permit costs. The moorings are inspected annually by city-approved inspectors.

Santa Barbara’s City Council is expected to weigh-in on the Harbor Commission vote in early 2015.

Commissioners also agreed to reduce the “F” finger expansion from eight slips to four in anticipation of construction about to begin on Phase 5 of the Marina One Replacement Project.

The reduction would take place during Phase 7 construction.