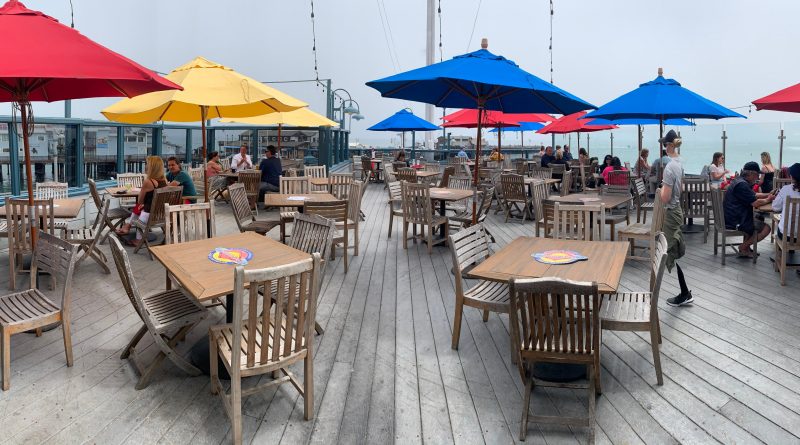 Coronovirus updates and impacts of the virus on 2021 budget recommendations were topics of discussion at the May 21 meeting.

Topics of discussion included coronavirus updates, project updates and budget impacts of Covid-19. The Commission also listened to a presentation from the Commercial Fishermen of Santa Barbara about the impact the Covid-19 has had on the commercial fishing industry.

Waterfront Director Mike Wiltshire said the waterfront is working in parallel with the city, county, and state to execute a plan to ease back into operations, including efforts to get tenants and restaurants back into safe reopening. The boat launch ramp reopened on April 24 with social distancing guidelines.

Santa Barbara County was granted approval to move forward on an accelerated Stage 2 path to reopening on May 21, allowing restaurants to offer dine-in service and retail businesses with exterior facing entrances to have customers inside of their stores.

Since then, eight blocks of the city’s popular State Street has been closed to vehicular traffic, converted to a pedestrian promenade, allowing merchants and restaurants to use sidewalk space and parking-lot space to serve customers.

Wiltshire said the department has been in contact with harbor district and Sterns Wharf restaurants about whether doing something similar at the waterfront would be of interest.

“So we’re kind of preparing ourselves to possibly allow for some outdoor dining options here spilling out into the harbor business area or public right of way or even in some Sterns Wharf parking lots,” Wiltshire said at the May 21 meeting.

The waterfront is also beginning to pivot focus towards the economic impacts.

The Waterfront Department, along with all city departments, has been instructed to begin assessing initial impacts Covid-19 may have on department revenues and expenditures.

“It’s a really hard thing to put numbers on but we’re doing our best,” Waterfront Business Manager Brian Bosse said at the May 21 meeting.

Staff projected revenues from property management will be the hardest hit, with an estimated loss of $775,000. Combined with lost revenues from cruise ships and parking services, the total estimated revenue impacts for the Waterfront Department from Covid-19 for FY 2021 is projected to be a loss $1.34 million.

The department has identified $800,000 in savings from cuts to three capital projects: maintenance shop renovations, Sterns Wharf lift station replacement and Sterns Wharf water line replacement. Other ways the department proposed recouping lost funds included a cancelation of the waterfront shuttle, salary savings, cancelation of the July 4 fireworks and a 1 percent reduction in supplies and services. Final decisions on those cuts will be made by the City Council.

The Fiscal Year 2021 budget also includes a slip transfer fee increase of $25 per foot (except 20, 25, 28, and 30 and designated Commercial Fishing berths), a slip fee increase of 2 percent and an increase in the annual West Beach Rack Permit for human-powered vessels from $1,150 to $1,200.

The Commission approved passing the budget recommendations to City Council for approval.

Other waterfront highlights from the May 21 meeting included an update on several waterfront projects including the Santa Barbara Fuel Dock storage tank replacement, annual repairs to Sterns Wharf and repairs to the Boat Launch Mini Mart, which was damaged in an April fire.

Meanwhile, annual repairs to Stearns Wharf, which began the week of April 27, are moving ahead. The work includes replacing 38 wooden piles, installation of two splice piles, and a variety of pile cap, stringer, and deck board replacement.

Treiberg also provide an update on the Boat Launch Mini Mart, where an accidental fire broke out on the morning of April 21. The fire was extinguished in less than 10 minutes but still damaged the building and destroyed and all contents of the market. The loss is expected be covered by insurance after a $50,000 deductible.

Treiberg said it’s possible that a contract could be awarded in June with approximately one month to complete construction, with the hope the mini mart will reopen for business in late summer.

The Harbor Commission is set to meet again June 18.