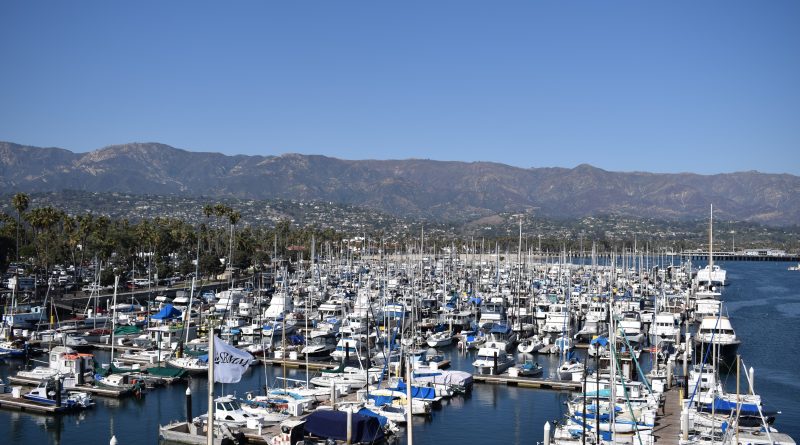 “What would help the Waterfront here is just some direction and your discussion if you require anymore analysis on slip assignment policy,” Wiltshire said at the July 16 meeting.

The commission unanimously voted to direct staff to come back at the next commission meeting with some parameters for setting up an ad-hoc/sub-committee that would work with harbor stakeholders and city staff to look at the slip assignment policy.

The Waterfront Department has had a slip assignment policy in place since 1975 and a slip transfer fee since 1982. The details of the slip assignment process are codified under Santa Barbara Municipal Code 17.20.005.

The imposition of a slip permit transfer fee, according to a staff report, arose from two observations: the allowance of slip permit transfers limits the availability and prevents equal access to the general public; and, slip transfers may result in private financial gain with little or no monetary benefit to the trust-owned property.

Wiltshire said the slip transfer fee was imposed in an effort to dampen demand and retain some of the public value of the public asset within the waterfront as opposed to private parties. Slip permit transfer fee revenues make up roughly 6 to 8 percent of the overall Waterfront operating budget and go towards covering operating expenses and capital expenditures to maintain the harbor.

“It’s not a perfect system and it’s certainly quite complex,” Wiltshire said.

On May 21, the Harbor Commission approved the Fiscal Year 2021 budget, which included a slip transfer fee increase of $25 per foot for slips ranging from 35 feet to 100 feet. At the July 16 meeting, Wiltshire presented several public concerns raised over current slip transfer fees.

“I did want to address the fact that there has been increased public interest in the slip permit transfer fee and process in the past one to two months,” Wiltshire said.

“Although the fee is large as shown, the aim is to make it commensurate with the value of the asset in question,” Wiltshire said. “The Harbor Commission can discuss that.”

The transfer fee for slips 30 feet and under have been frozen because, according to a staff report, an economic balance has been reached where there is limited ability to privately profit off the transfer of slips. Slip fees for 35 feet and above remain fluid, with a $25 a foot increase in fiscal year 2020 and 2021.

“The general intent is to freeze all of the slip transfer fees at some point when it’s deemed fair between the value that the waterfront receives and the value of the slip,” Wiltshire said.

Another concern was expressed over the inability to add children or pass slips on generationally. A spouse can be assigned a slip permit without initiating a transfer but slip permits cannot be transferred/inherited after death of sole slip permittee.

“Inheriting or generationally passing on of slips would potentially violate the city charter and Tidelands Trust, which limits encumbrance and leases of waterfront land to 50 years,” Wiltshire said.

Concerns were also raised over the inclusion of a slip permit transfer fee in the valuation of the County Possessory Interest Tax, which is assessed, calculated, and collected by the County Tax Assessor.

The tax is levied due to users having exclusive access to a public resource. This tax is only assessed when appraisal is required, such as during a slip transfer. Some public commenters said they felt they were paying a tax on a tax.

The topic drew almost two dozen public comments, with many expressing the desire for the slip assignment policy to be looked at and updated.

“The percent does seem exorbitant and it almost seems like pushing it to what the market will bear because you can and it does feel painful to those of us who really had to scrimp to try to get the slip and the boat to have a boat in Santa Barbara,” one public commenter said.

The commission gave unanimous support to setting up an ad-hoc/sub-committee.