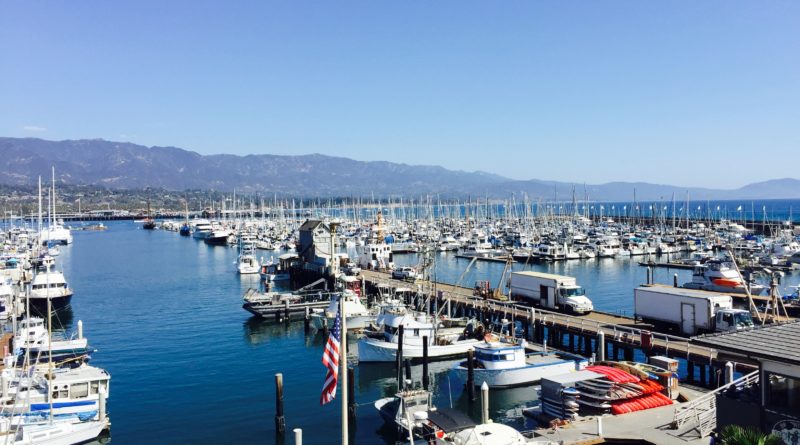 SANTA BARBARA—In an effort to help Santa Barbara’s commercial fishing fleets, Santa Barbara Harbor Commission voted in favor of creating a Commercial Fishing Committee for further investigation in gear storage and other needs. Waterfront Facilities Manager Karl Treiberg gave a brief presentation on how fishermen – according to public comments, largely the younger generation of commercial fishers – are seeing an “erosion” of storage space for their gear.

City Council members had recommended the harbor commission look into the matters of storage after an appeal was presented for a storage decision at 35 N. Calle Cesar Chavez. Though the council members decided to move forward, one of the main purposes of the new Commercial Fishing Committee would be to address planning for OM-1 zoning, which encompasses a large variety of storage beyond ocean-related uses. Treiberg stated some of the uses “don’t really meet the spirit of the zoning,” which he added that back in 1986 the mission was to provide affordable storage for commercial fishing fleets.

Historically, it was mentioned that Harbor Operations Manager Mick Kronman had sought a grant from the California Coastal Commission to obtain the storage that is in use today, which equates to around 10,000 sq. feet. Members of the community seemed especially concerned for the younger generation of fishers, some of which were said to be having a difficult time sustaining a living without available and affordable gear storage.

While Treiberg stated that the intentions in 1986 for zoning purposes had been good, he added, “We are here in 2019 and we haven’t met the goals of that zoning.”

Merit McCrea was absent from the meeting, but commissioners voted him onto the committee. The Commercial Fishing Committee will comprise of McCrae, Shoham Yaniv and Jim Sloan. Commissioner Chair Bill Spicer will serve as an alternative in the case that McCrae cannot serve on the committee.

Santa Barbara, while a major tourism destination in Southern California, is known for its vibrant fishing fleet, which also contributes to scientific research among much other important coastal policy research from implementing new innovative fishing practices and more. Commercial Fishermen of Santa Barbara (CFSB), for example, states on their website that their mission is to “provide healthy, high quality seafood to local and global markets,” “ensure the economic and biological sustainability of fisheries,” and “maintain California’s fishing heritage.”  Without an affordable area to store fishing gear, it may be difficult for up and coming fishermen to operate; the trick-down effect could also affect marine biologists or others who are reliant on the commercial fishing fleets in some way.

To learn more about CFSB, visit the website at cfsc.info. Visit santabarbaraca.gov for more information about the harbor commission and contacts in the harbor department.