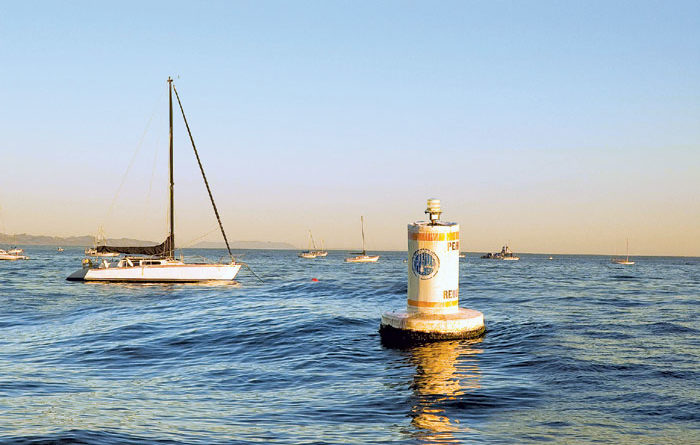 SANTA BARBARA — Boat owners in search of a berth in Santa Barbara Harbor can throw their names into the city’s mooring lottery, now until March 4. The city’s Harbor Commission will pick names at random during the March 21 meeting.

A total of 23 moorings in the East Beach Mooring Area will be up for grabs during the drawing, held since June 2006. City officials hope to fill the mooring field to full capacity.

This year, moorings are available for vessels ranging from 20 to 50 feet in length.

The Santa Barbara Waterfront Department holds a lottery to fill vacant mooring sites if the number of mooring area permittees drops to 30 or fewer. Lotteries were conducted in 2006, 2007, 2010 and 2011.

This year, mooring permittees will not be allowed to install Seaflex-style moorings. Last year, several boaters reportedly experienced problems with the mooring system that utilizes a helix anchor system.

According to staff reports, mooring inspectors and permittees are filing annual inspection reports and fees in a timely fashion, and, with the exception of the Seaflex-type equipment, moorings are holding up well.

“We had some problems with the Seaflex moorings, so we don’t allow new installations of Seaflex in the mooring field,” said Mick Kronman, harbor operations manager. “We still have two Seaflex (moorings) out there, and we have a mooring inspector who is savvy in Seaflex keeping an eye on those.”

Moorings are owned by individual permittees and are inspected annually by city-approved inspectors. Permittees are responsible for inspection costs and pay an annual $250 permit renewal fee.

If their names are pulled during the drawing at the March 21 Harbor Commission meeting, the potential mooring holders will be notified of their rank by mail. Mooring site assignments will take into consideration both an individual’s lottery ranking and the size of the vessel.