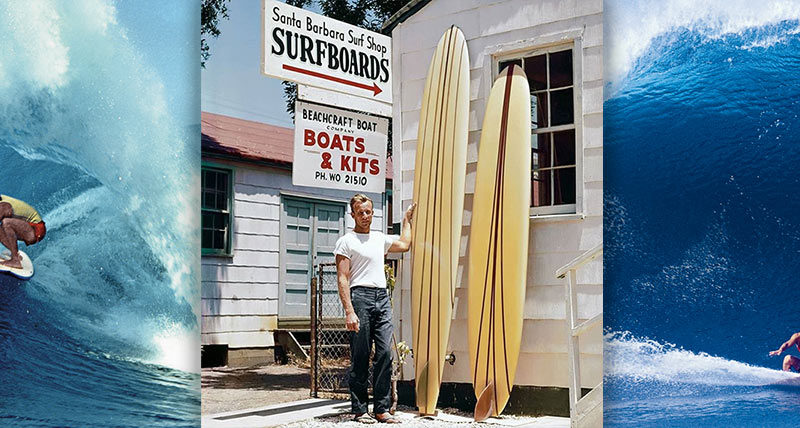 SANTA BARBARA—The Santa Barbara Maritime Museum will host its first ever online gala and auction starting May 29. SBMM had a surf-themed fundraising event on the horizon to celebrate its 20th anniversary when the Coronavirus put a halt on large public gatherings.

Starting May 29, the public will be able to join the event by visiting sbmm.org/20thsurf. The celebration features speakers, exciting surfing moments in history, and an auction where participants can “raise a virtual paddle” to bid on items including artwork, vacation stays, vintage surfing memorabilia and clothing, and more.

The auction raises funds for the museum’s children’s educational programs, lectures, new exhibits, and other special events throughout the year. This year’s support will also help SBMM complete the American Alliance of Museums accreditation process, placing SBMM in the top tier of museums nationally for best practices. SBMM said contributions also make it possible to provide free and low-cost programming for children enrolled in Title I schools and after-school programs.

Gregory Harrison will emcee the event. Harrison was born on Catalina Island and is an actor, surfer and one of the original members of the Surfrider Foundation. He played the role of Chandler in the 1987 surf film “North Shore,” among many other films.

The event will honor two prominent surfing legends, Shaun Tomson and Reynolds “Renny” Yater. Tomson is a former World Surf Champion and named one of the 10 Greatest Surfers of All Time. Tomson created two popular apparel brands, Instinct and Solitude. He also authored two best sellers – “Surfer’s Code” and “The Code—Power of ‘I Will’” – and produced and co-wrote the documentary film “Bustin’ Down the Door” (2006); he is a past board member of Surfrider Foundation and the Santa Barbara Boys & Girls Club. Tomson’s iPhone app Surf Creatures is featured in SBMM’s Surf’s Up! Santa Barbara Exhibit.

Yater was one of the first commercial surfboard builders of the 1950s, a generation that put surfing on the map. From 1965-66, he shaped the Yater Spoon, one of the most innovative surfboard designs of the time. He produced the model until longboard-style surfing went through an evolution in 1968. From 1969-72, he produced the Pocket Rocket, a surfboard designed with Hawaiian surfing in mind, riding the crest of the short board era.