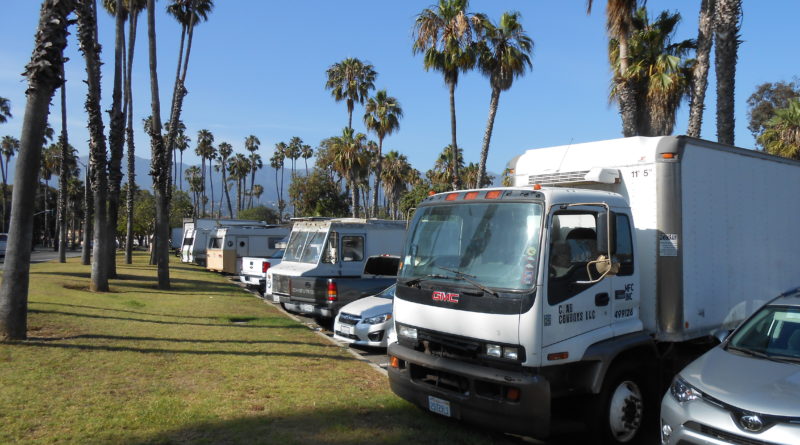 On Oct. 15, the Santa Barbara City Council voted to approve amendments to the Title 17 code related to harbor parking. The amendments were proposed by the Waterfront Department. Acting Waterfront Director Brian Bosse said the recommended changes are part of an effort to keep waterfront parking available to the public and to prevent waterfront parking spaces from becoming home to storage vehicles.

Under the changes, harbor slip permit holders will only be allowed to park in lots for 30 consecutive days, they will then be required to leave for 96 hours. However, if they leave at any point during the 30-day window, even for a short time, the clock starts over. The amendments also place stricter regulations on the size of vehicles that can park with either of the two annual permits, with some exceptions for Harbor Main for commercial operations. Vehicles with these permits must be 22 feet or less in length, 90 inches or less in height and 82 inches or less in width. The changes also give the Waterfront Department the authority to deny parking permits if those permits would unduly interfere with coastal access or public parking.

“The amendments will also ensure compliance with Local Coastal Program policies, increase public access to the coast, and provide slip permittees, locals, and visitors additional parking opportunities in all waterfront public parking lots,” Bosse wrote in a staff report on the recommended changes.

Bosse presented that staff report the City Council on Oct. 8. He said parking has long been an issue that has gotten worse over the past five or so years.

The department conducted a public workshop in June, which slip owners were invited to participate in, to figure out what is working, what needs to be fixed and what needs to be left alone. Many of the amendments grew out of the issues brought up at that workshop, as well as increased complaints about the number of vehicles that never move from the lot and are being used for storage.

“This is possibly the biggest piece of policy work that the Waterfront Department has moved forward,” Santa Barbara Harbor Commissioner John Stedman said at the Oct. 8 meeting.

A handful of community members spoke at the Oct. 8 meeting against the new parking amendments.

The City Council voted 5-1 on Oct. 15 in favor of the amended municipal code. Council member Jason Dominguez cast the no vote. The changes take effect at the beginning of 2020.