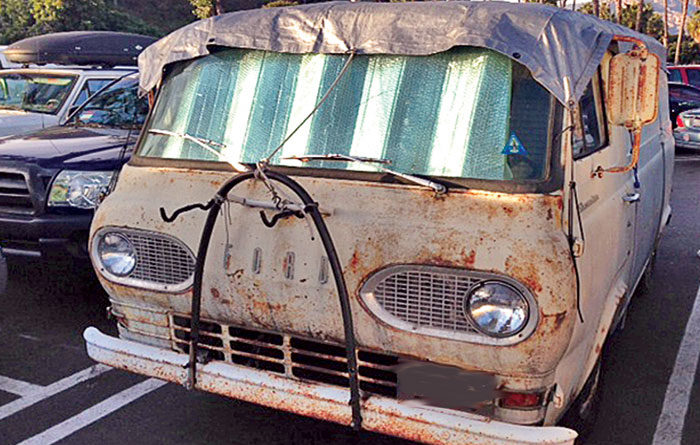 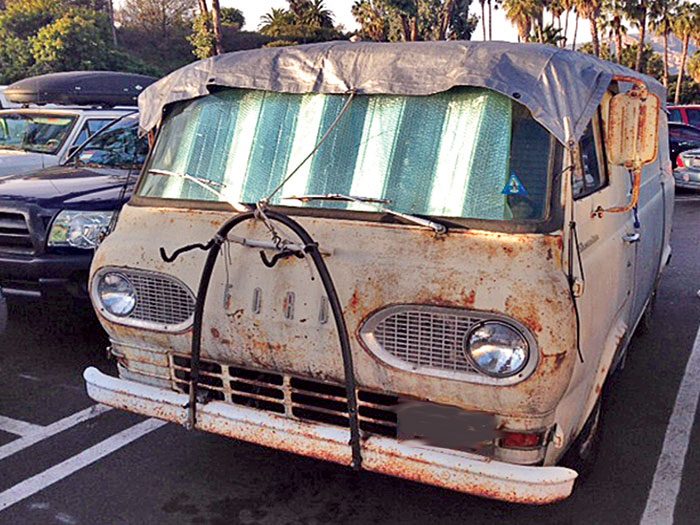 SANTA BARBARA — A Santa Barbara Harbor Commission three-member subcommittee — charged with considering changes to the city’s parking regulations for the main marina parking lot — has decided to hold off on modifying the current rules after taking public comments into consideration.

The Harbor Commission Parking Subcommittee — consisting of Betsy Cramer, Bill Spicer and Helene Webb — was formed on Jan. 24 to review issues involving long-term storage of vehicles in the Harbor Main Lot. The aim was to establish policies that discourage misuse of the parking lot as private storage without negatively impacting legitimate parking needs of harbor workers, boaters and commercial ?shermen.

“What we heard from the couple-dozen boaters who attended those meetings was, ‘Before you consider any policy changes related to the blue permits, why don’t you enforce what you’ve already got on the books?’” explained Mick Kronman, Santa Barbara Harbor operations manager. “So, in hearing that, we said ‘OK, we will do that.’”

What was meant to serve as a way to provide affordable, year-round public access to the waterfront has resulted in some people taking advantage of the city’s parking lot for longer-term use, as many vehicles have overstayed their time limit in the Harbor Main Lot.

In the early 1980s, the city established a two-tiered policy for annual parking permits in waterfront lots — not including Stearns Wharf — that provides general or red permits to the public for $95 and a blue or slip-holder permit for boat slip tenants at $70. General permittees are restricted to a 72-hour time limit in the Harbor Main Lot, but blue permit holders are not held to the time limit.

According to Kronman, the blue permit was designed to accommodate ?shermen and other boaters cruising offshore for more than 72 hours, allowing them to leave their vehicles in the Harbor Main Lot without penalty.

Over the years, both permits have been exploited, Kronman said. Reasons for the problem are tied to the Waterfront Department not strictly enforcing the 72-hour limit. That has fueled a perception that even red permit holders can store cars for several days — even weeks — before receiving a ticket from the Harbor Patrol.

The second problem relates to blue permits being used improperly, to store vehicles or to store “step vans” for personal goods, according to harbor staff members.

According to staff reports, about 10 percent of the Harbor Main Lot’s 600 single-vehicle parking stalls are being used by vehicles that are being stored long-term or by vehicles being used to store goods, such as tools and clothes.

As a result, public access to the parking lot has been restricted — which is a problem, since the demand for public parking has steadily increased throughout the years.

Santa Barbara Harbor Patrol officers are currently enforcing the 72-hour rule for red permit holders, issuing citations for those in violation of the time limitation. At press time, 25 citations had been written. Tickets are $48.

“We decided to take a ‘time out’ for a few months on our pursuit of changes to the blue permits,” Kronman said. “Slip permittees don’t have to move their vehicles: They just have to prove operability.”

There are mechanisms in place for accommodating slip permittee holders, if they are headed to sea and need to keep their vehicles in the lot longer than 72 hours.

“We are trying to keep it to ocean-dependent uses,” Kronman explained. “So, for instance, boaters who will be cruising to Newport or Catalina for two weeks will simply need to notify the parking office or harbormaster’s office.

“The way we look at it, it is part of their float plan,” Kronman said. “If we know the boat will be gone for two weeks, but they are gone longer than expected, then we can start to make phone calls to make sure they are safe.”

Progress is already being seen in the parking situation, with some vehicles that previously exploited the 72-hour limits now leaving the lot, Kronman said.

Staff members will return to the Parking Subcommittee with an updated report on the issue this summer. At that time, the commission will consider addressing any outstanding parking policy issues.