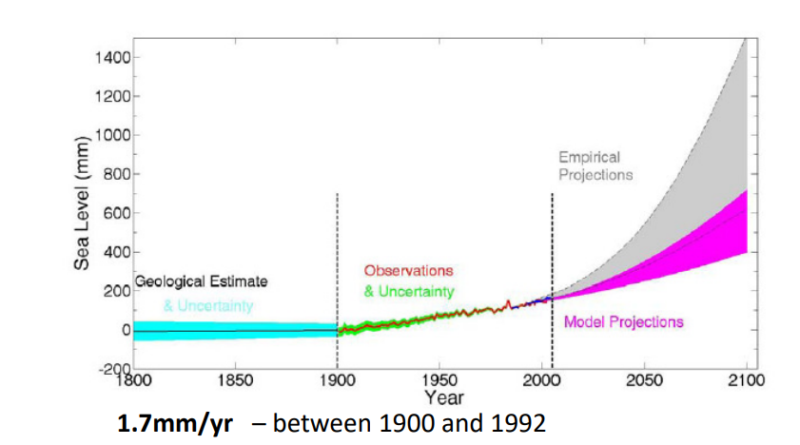 The subcommittee was formed in June 2018 to provide guidance in preparation of a Sea Level Rise Adaptation Plan for the city.

SANTA BARBARA—Planning for sea level rise (SLR) has been a focus of coastal communities up and down the California coast. In Santa Barbara, a subcommittee has spent the past year or so working on recommendations for actions for the city to take in the next 10 years to address the potential effects of sea level rise.

Changes are still being made, but adaption strategies for the harbor that have been discussed include initiating feasibility studies with the Army Corps of Engineers to raise or modify the harbor breakwater, rock groin, sandspit, and the walkway and wall spanning from the breakwater to the Harbor commercial area, developing a Shoreline Monitoring Program and raising marina facilities and City Pier in phases. Once the draft is released in February, the subcommittee will conduct public outreach.

According to the Draft Sea Level Rise Vulnerability Assessment  for the city of Santa Barbara released in November 2018, by 2060 most of the sandy beaches in the city’s westerly coastal bluff areas are likely to be lost from beach erosion and by 2100 the harbor is expected to be unusable without major reconstruction. The SLR vulnerability assessment identifies areas of Santa Barbara projected to be affected by sea level rise and related hazards through the year 2100 if there is no intervention.

The SLR Adaptation Plan will evaluate the city’s vulnerabilities to sea level rise and analyze the feasibility, economic impacts, and environmental consequences of various adaptation strategies to address impacts. Findings from the plan will be incorporated into the policies and development standards in the city’s Local Coastal Program. The plan is part of a program funded by the California Coastal Commission and California Coastal Conservancy to assist local governments in meeting new state requirements addressing sea level rise.

SLR has been on city agendas across the state, Avalon on Catalina Island released a similar Sea Level Rise Vulnerability Assessment in October.

SLR is also being addressed on a statewide level. In December, the California Legislative Analyst’s Office released a report titled: “Preparing for Rising Seas: How the State Can Help Support Local Coastal Adaption Efforts.”