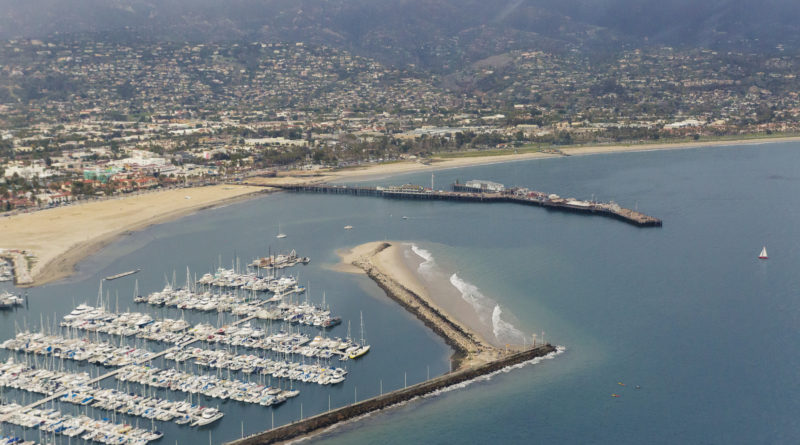 Harbor Commission members Jim Sloan and Betsy Cramer will serve on advisory board.

SANTA BARBARA — Sea level rise is an enduring topic in California with the flooding causing damage, emergency situations and more. In an effort to get ahead of impending disturbance by this phenomenon, the city of Santa Barbara has been working to address the problem along with the rest of the state.

At Harbor Commission meeting that took place on July 19, Waterfront Facilities Manager Karl Treiberg gave a presentation about the scope of a local Sea Level Rise coastal plan and a city subcommittee of elected officials to give direction about the project. The subcommittee would consist of three council members, two planning committee members, and one serving on each the harbor commission, parks and recreation department and water commission.

Discussion between the commissioners ensued with Betsy Cramer raising the question of forwarding two commissioners for input instead of one since it was largely an issue that would impact the harbor department.

The commissioners voted to forward Commissioners Betsy Cramer and Jim Sloan to serve on the subcommittee citing their devotion to the issue of sea level rise.

A contract between the city and a Northern California firm Environmental Science Associates was approved in February 2018. Grant money from the California Coastal Commission will go towards the local coastal plan, which addresses an interim review policy from sea level rise development and preparation for a sea level rise adaptation place.

The plan will assess the vulnerability of the sea walls at the years 2030, 2060 and 2100 in accordance with state-based guidance, frequency of flooding, erosion and other impacts as well as financial impacts.

Sea level rise has been a hot agenda item up and down the state, with City Halls and coastal agencies fleshing out the topic ad nauseam. The U.S. Navy and Port of San Diego, for example, agree to jointly address the potential effects of sea level rise in the Southern California metropolis.

Legislators in Sacramento, of course, have proposed and/or approved a myriad of bills addressing sea level rise in some capacity. Gov. Jerry Brown signed Assembly Bill 184, for example, into law last year. The bill extended the life of a statewide sea level rise database.