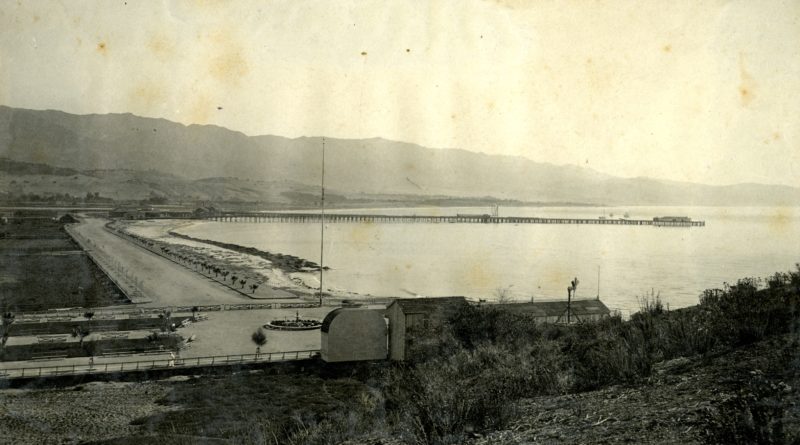 SANTA BARBARA—In this photo, from 1899 or 1990, according to the Edson Smith Photo Collection, Stearns Wharf on the Santa Barbara Waterfront can be seen, it is now the oldest working wooden wharf in California, home to more than 15 businesses. The photo was taken from Plaza Del Mar, one of the oldest parks in the city, with Stearns Wharf in the distance. John Peck Stearns was the man who transformed the isolated, hard-to-reach outpost into a thriving port. A small pier was built in 1868 to facilitate the transfer of cargo and people from ships to shore, according to paddlesportsca.com. According to the website, Stearns offered to invest in the wharf to extend it further, but the offer was denied. Paddlesportca.com stated legend has it, due to this refusal, Stearns chose to build his much larger wharf just a block away from the little pier, dwarfing it completely. In 1872, Stearns Wharf was completed, opening the city to the outside world.