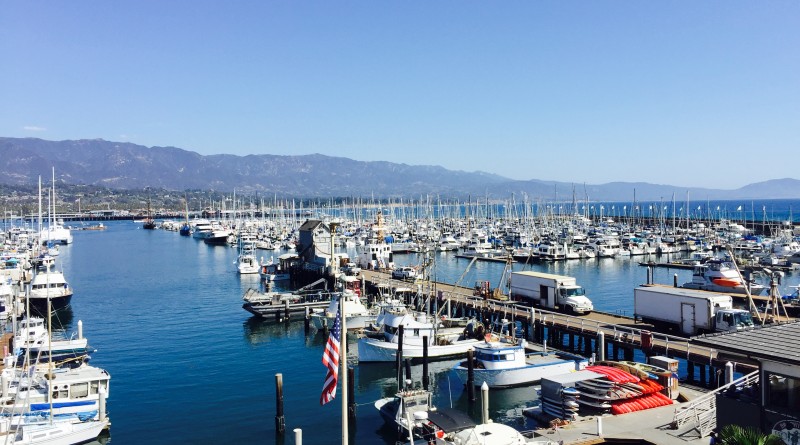 A Municipal Code may be amended to remove a required assignment fee to allow Santa Barbara boaters more flexibility when obtaining a slip in the harbor. The original code requires boat owners to pay a $4,000 lottery list assignment fee.Parimal M. Rohit photo

SANTA BARBARA — Boaters in Santa Barbara might have a little more money in their bank accounts after a committee of the local City Council recommended the harbor’s slip assignment policy be amended.

The Ordinance Committee of Santa Barbara’s City Council voted to update the Municipal Code to reduce a barrier to entry for boaters looking to occupy a slip in the harbor. Specifically a lottery list assignment fee could be eliminated if the Ordinance Committee’s recommendation is adopted.

Boaters would also have an additional 60 days to obtain a new vessel after their previous one was permanently removed from a slip.

He explained the lottery system was “stifling” because boaters are waiting for larger slips to become available and the associated assignment fee ($4,000 for a 20-foot slip, for example) was a barrier to entry. Generally speaking smaller slips frequently become available under the lottery list system. Boaters who seek larger slips have no incentive to pay a $4,000 assignment fee for a 20-foot slip.

“This is a loosening measure to get the business rolling a little better,” Reidman told commissioners.

The Santa Barbara Waterfront Department maintains a waiting list for slips reverting back to city control, either via voluntary relinquishment or permit termination, according to city staff. This practice has been in place since the 1970s.

Beginning in 2005 the city adopted a Lottery Waiting List, which could include up to 50 names.

If someone is assigned a slip through the Lottery Waiting List (as opposed to the city’s master or sub-master waiting list) then he or she would have to pay an assignment fee.

“The intention was to dissuade people from transferring lottery list permits for profit instead of using them for boating. The unintended effect has been to make assignments from the lottery list prohibitively expensive,” according to the Ordinance Committee’s recommendation.

For the most part only 20-foot slips became available through the Lottery Waiting List.

“Due to the high cost of the ‘assignment fee,’ slips often go unassigned and the department has, at times, ended up with several unassigned 20-foot slips,” according to the Ordinance Committee. “Elimination of the Lottery List Assignment Fee would expedite assignment of these permits.”

Reidman added the Ordinance Committee’s recommendation would make it easier for boaters to replace a vessel of theirs that was destroyed, donated, sold, stolen or “otherwise permanently removed from a slip” to obtain a new boat.

The replacement vessel half of the Ordinance Committee recommendation would allow local slip permit holders 180 days to replace their boat in the event the previous one was destroyed, donated, sold or stolen. Santa Barbara’s Municipal Code currently grants boaters 120 days to find a replacement vessel.

“This limited time frame presents two related problems. First, after a boater settles affairs related to the sale of his/her vessel, at least 30 days have typically passed, leaving only 90 days to place another boat in their slip. Second, unless the permittee is already negotiating to buy another boat, shopping (often internationally) for their vessel of choice can take time,” stated the Ordinance Committee’s recommendation.

City staff stated the 120-day period actually promotes boaters who are on the market for a replacement vessel to illegally sub-rent their slip to keep possession of it until the newer boat is obtained.

Extending the grace period would also be good for business, according to city staff.

“Extending the time for replacing a sold, donated, stolen or destroyed boat from 120 to 180 days would allow more time for a slip permittee to shop for a new vessel and reduce the need to place a temporary, substitute boat in the permittee’s slip,” the Ordinance Committee stated in its ordinance. “It would also provide more berthing opportunities for visiting boats during the 180-day period.”

Harbor Commissioners voted in favor of these same recommendations at their May 19 meeting.