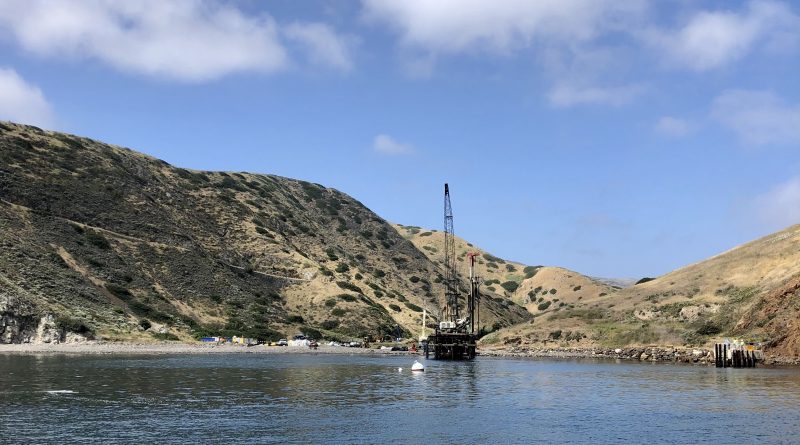 Island Packers, in separate news, resumed its ferry service to and from the Channel Islands.

The blaze spread quickly east from the valley and had covered 60 acres within the first four hours. Construction crews – who are currently working on building a new pier at the island – called in the fire.

According to CAL Fire, the blaze was at 100 percent containment by June 3. The cause of the fire is still under investigation. The National Park Service working with the United States Forest Service helped the firefighting efforts.

“Firefighting on an island can be challenging, but we have been able to quickly mobilize our initial response,” stated Channel Islands National Park Superintendent, Ethan McKinley.

National Park Service firefighters and a type six engine crew remained on scene to patrol and ensure all the hot spots are out and do mop up. No structures were damaged, with no injuries reported. Island Packers Cruises – the authorized ferryboat concessioner to the Channel Islands National Park – helped out by transporting fire crews to and from the island.

Scorpion Anchorage is a popular stop for boaters, hikers, kayakers and snorkelers is currently closed due to pier construction, also there is no anchoring allowed. Other island anchorages are open to private boaters.

On March 15, the word came out there would be a temporary closure for ferryboat trips to the islands in the park due to Covid-19. As of June 1, Island Packers has resumed ferry operations to Anacapa, Santa Cruz and Santa Rosa islands from both Ventura and Oxnard harbors for day visitors and campers with certain restrictions.

“We will be operating at about 40 percent of passenger capacity,” Andrea Moe Mills, spokesperson for Island Packers, said. “This allows us to maintain 6 feet of separation from crew and individual passengers, families can be seated together. Masks or face coverings need to be worn by passengers and crew.”