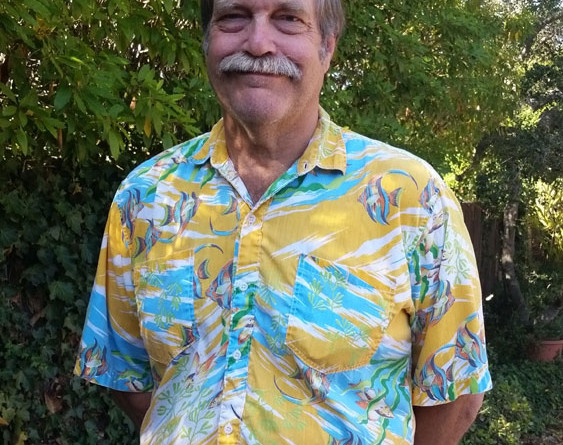 SANTA BARBARA — The wife of a Santa Barbara boater received a phone call the afternoon of May 23 of news that a matching kidney donor had been found for her husband, Scott Burns. Unfortunately, he was several miles away, relaxing on a boat in the Channel Islands.

Thankfully, Scott Burns filed a float plan with his wife that helped the Coast Guard and Santa Barbara Harbor Patrol find him – and his boat – at Frys Harbor.

“He did one of the smartest things you could do as a boater; he filed a float plan,” Harbor Director Mick Kronman said. “He told his wife where he was going.”

Kronman added not only was the call a rare one, but it might have also been the first time Harbor Patrol responded to a situation at Santa Cruz Island.

“For the first time in anybody’s memory, we took a Harbor Patrol boat to Santa Cruz Island, because nobody else seemed to be able to contact Burns and we had a good idea where he was,” Kronman said. “We had crew on the boat who knew the island intimately.”

Getting to Santa Cruz Island from Santa Barbara was no easy task. “It was a pretty nasty day in the channel, with 20 knot winds and heavy seas. What typically would take an hour took an hour and15 minutes,” Kronman said.

A Coast Guard boat headed for Santa Cruz Island a little before 2:30 p.m. and, with the assistance of the National Park Service, found Burns at Frys Harbor about 75 minutes later.

Once they found him, the Coast Guard informed Burns the donated organs were available and he needed to get to a Los Angeles hospital, quick.

Burns explained his wife received a call from the kidney donor’s sister-in-law when he was at Santa Cruz Island. The donor was Vivian Beutel, a 44-year-old neonatal nurse who reportedly died of a brain aneurysm.

“While I was at the island, relaxing, kayaking to some of the caves and reading a book, my wife got a call from her friend, Shelly Beutel, (Vivian’s sister-in-law) asking if I was still looking for a kidney, and that Vivian’s would be available. She called my doctor, and met the family at the hospital,” Burns said.

The kidneys were a long time coming for Burns, who lost one kidney in 1978 after he was shot while saving a woman in Santa Barbara. Burns lived with his remaining kidney until it began to fail in 2012 and was placed on a transplant waiting list with, at the time, about 100,000 people.

“I was shot in 1978 and lost my right kidney, but the left one functioned well until I took Aleve for pain in 1999 and it began to fail. One in 250,000 are allergic to Aleve and that class of drugs and it causes kidney damage,” he said.

Sailing is a routine activity for Burns, who planned a three-day trip to Santa Cruz Island with his friend, Tim Mason, aboard Mirabelle, a 36-foot Catalina.

Getting in touch with Burns to inform him of the news took more than a little effort.

“[My wife] called some friends that have powerboats, but none were available. She called the Harbor Patrol, asking for advice, and they said that they would get me, especially since I told her where I was planning to anchor,” Burns said. “I was picked up at 4 p.m. and back in the harbor at 5 p.m. We arrived at Cedars-Sinai about 8 p.m.; it was confirmed that I was a match with Vivian and the operation was [the next morning].

Burns, who was once known as “El Presidente” during a recent Old Spanish Days event in Santa Barbara, is still recovering from the transplant and will continue to visit Cedars-Sinai for checkups and treatments through August.