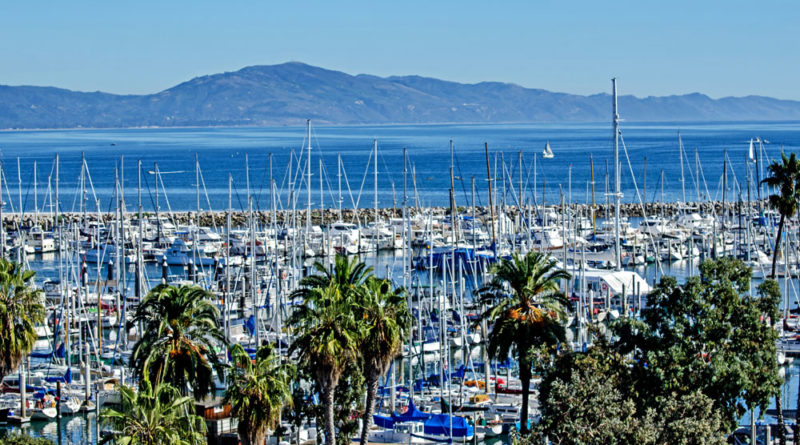 SANTA BARBARA — Copper-painted hulls, abandoned boats and pumpout stations were among the many issues discussed during an annual status update of Santa Barbara Harbor’s Clean Marina Program. Although Harbor Operations Manager Mick Kronman’s status report was mostly positive, everything was not rosy.

Under the program, harbors are responsible for monitoring boating facilities and water quality while implementing best management practices and pollution prevention and abatement projects. Some of those practices have proven costly for the Waterfront Department.

Kronman said the harbor spent nearly $25,000 in fiscal year 2014 to address high tide and kelp issues, resulting in the significant increase in spending last year. Harbor officials spent about $40,000 during the inaugural year of the Clean Marina Program.

Some of the harbor’s budget was allocated to addressing copper levels, as city officials attempted, with minimal results, to reduce how much of the metallic paint was exposed to the water and experiment with various anti-fouling paints.

Three patrol boats in the harbor experimented with copper and alternative paints, including one hull using zinc. The zinc-painted hull, however, proved to be non-durable and resulted in a switch to a non-metallic biocide, Kronman said. Another patrol boat rotated among several non-metallic coatings, a process Kronman said was expensive. The hull had to be repainted every four to six months. Ultimately, harbor officials switched to using copper-based paint on the boat. A third patrol boat used copper-based paint.

“We’re still in a hunt-and-peck mode,” Kronman said. “[The paint manufacturers] if they come up with a silver bullet they stand to make millions and billions, but they haven’t come up with the silver bullet yet, so we’re standing by and trying to use what’s available.”

According to Kronman, his department is currently seeking $10,000 in grant funding from the state under the Abandoned Watercraft Abatement Fund (AWAF). Kronman reported only three beached boats disposed of during the 2014 fiscal year, below the nine-year average of eight abandoned vessels per year. However, Kronman added six vessels were abandoned and removed during the current fiscal year.

Under the Vessel Turn-In Program (VTIP), Kronman said the Waterfront Department still has $8,800 in Cal Boating grants available. A boater may voluntarily surrender his or her boat to the state if the vessel is on the verge of becoming abandoned.

Beyond abandoned boats, budgets and copper reduction, Kronman indicated the Clean Marina Program is humming along.

Boaters used the five pumpout stations in Santa Barbara Harbor for 5,587 minutes during the 2014 fiscal year, which is about 80 percent of the venue’s 12-year average and on-par with usage in fiscal year 2013. The harbor also earned favorable inspections from Cal Boating in 2014, according to Kronman.

“This is one of the primary reasons you don’t see oily sheen on the harbor anymore,” Kronman said.