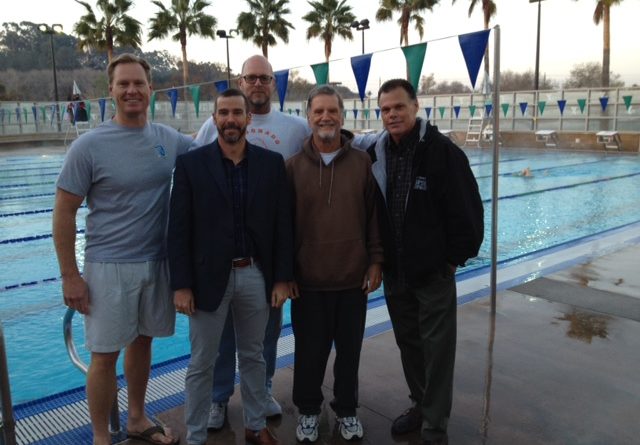 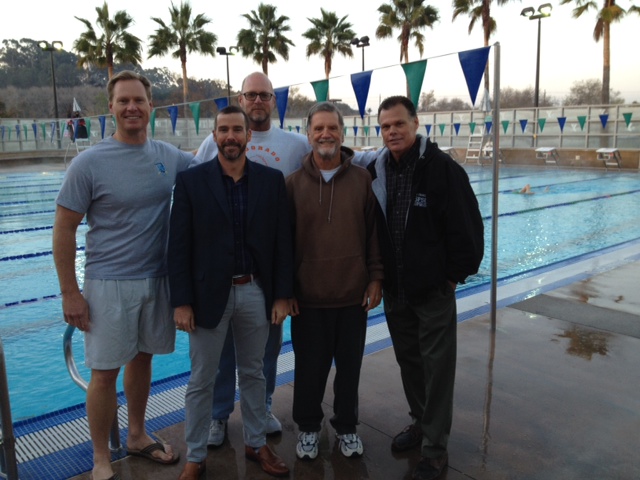 SAN DIEGO — Conventional ways to celebrate United States veterans come in many forms, a national holiday, fireworks, parades, but a local San Diego resident looks to say thank you in an untraditional way. William Millers intends to swim 75 miles from the shores of Catalina Island to La Jolla Cove.

The idea came about a year ago, when Miller was taking a swim with his water going companion Lee Grove. After doing some strokes, the men began to toss around an idea for their next athletic challenge.

“We both liked the idea of doing a swim from Catalina,” said Miller, an attorney and avid swimmer.  “I was thinking of Catalina to Long Beach, and Lee suggested the Catalina to La Jolla swim.

The idea gained momentum over the next few months as the men formed a crew by recruiting other swimmers from the Mission Valley YMCA Masters Swimming Program.

The men then decided that the swim, which will be attempted in late August or early September, depending on the moon and tide level, should be more than just an athletic challenge.

“With San Diego being a military town, and many of us having friends that serve in all branches of the military, we appreciate what the service men and woman do for our country, and our families,” Miller said.

Throughout the years many of the men gearing to swim Miller’s Catalina to La Jolla challenge had dealt with a friend or kin that had been killed or injured in action, so helping a veteran charity was something they all could agree on, he added.

Not only does the team want to raise money for wounded veterans, but they’d like two–preferably one man and one woman–to actually swim the relay alongside them.

“Ideally my game plan is that wounded warriors would be an intricate part of the team,” Miller said.

The plan is for each swimmer to swim one to two hours at a time. Miller is searching for a boat owner to volunteer his or her boat for the long-distance swim to serve as a support boat. Ideally, the vessel will motor a safe distance from the swimmers and act as a revolving door, allowing the athletes to move in and out of the water as they swim from Catalina to La Jolla.

“We’re looking for a boat that’s big enough to have 12 swimmers on board,” he explained. “One of the logistical problems is a boat that big going that slow for 75 miles is hard on a skipper. It’s like a rubix cube, it seems like, trying to find the best time to do it and a skipper that will be willing to but I’m confident we can make it happen.”

The team will also have a kayak out with them while they are swimming, as a safety precaution. Kayakers can act as deterrent to marine based predators such as sharks.

The team currently consists of  Scott Smith, a U.S. Air Force Academy assistant water polo coach, Dan Henry, who has swam the Catalina to Long Beach relay with a team of athletes over the age of 65 and Tim Rayner, an Ironman Competing triathlete and a psychiatrist.

“[Rayner] will come in handy because you have to be crazy to want to do this,” Miller said.

Joining the team will also be six female swimmers that are yet to be determined, and Miller’s younger brother, Steve.

The brothers swam the 9.6 mile Lanai to Maui Channel Swim Relay 10 years ago. This will be their second time participating in a relay together, and their fourth open water swim challenge. In the past they’ve competed in the Alcatraz Swim and La Jolla Rough Water Swim.

“It’s an expensive proposition, especially with the amount of people we plan to hold,” Miller said. “At this point, our game plan is first selecting the organization that would be the best for us, a veteran affiliated organization.”

After that the men will be looking for sponsorship. Miller will spread word of his race to other local law firms, in hopes of finding funding as well as share with friends.

“Friends of ours that have done Ironmans and foundation races – we’ll call upon those friends for the markers that they owe us at this point,” he explained.

For more information about the Catalina to La Jolla swim, contact Will Miller at wmiller@higgslaw.com.