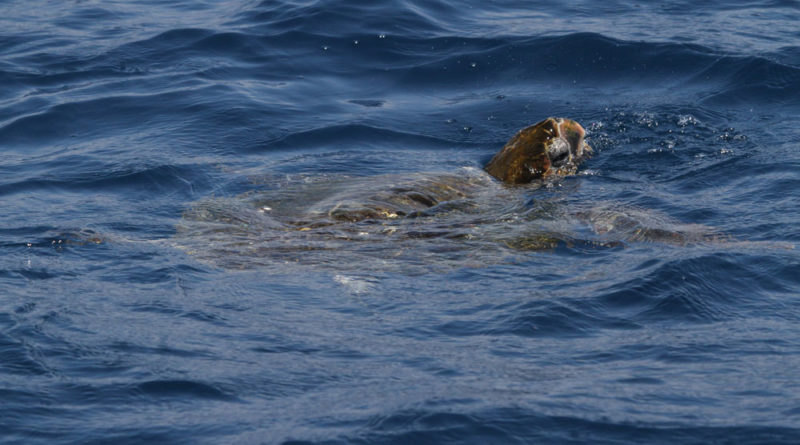 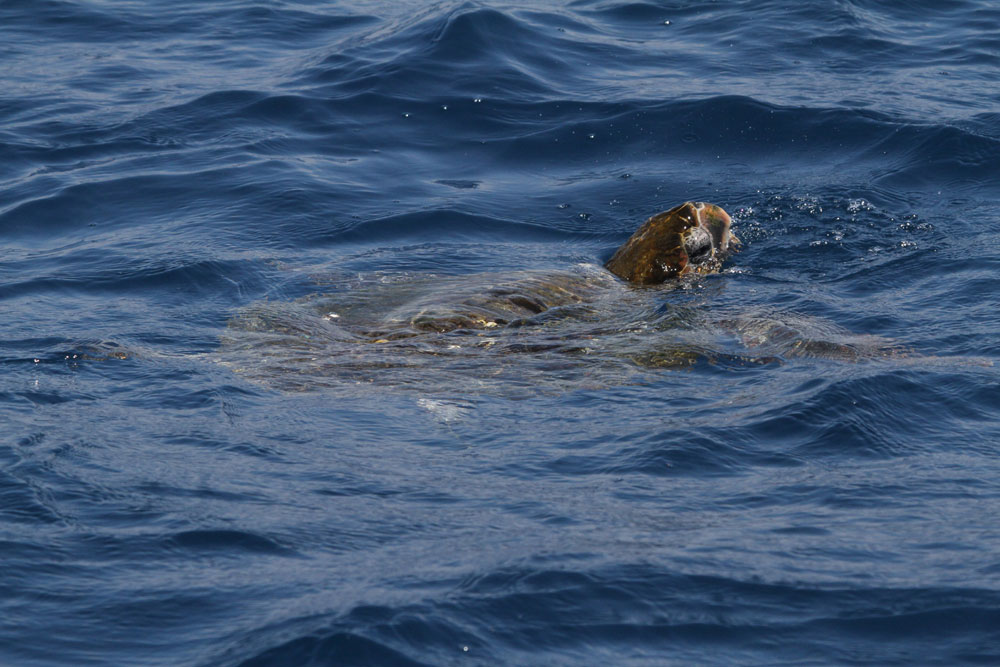 LOS ANGELES – The Ocean Conservation Society research team had a rare encounter with an endangered green sea turtle in August, as the reptile was spotted swimming a couple of miles off the Los Angeles coastline.

The event marked the first instance in which a green sea turtle was spotted in Santa Monica Bay. The last sighting occurred approximately 16 years ago, according to the society. Green sea turtles can weigh more than 300 pounds and grow up to 5 feet in length.

“We haven’t had any more sightings but we wouldn’t be surprised to have more sightings in the near future,” said Maddalena Bearzi, president of the Ocean Conservation Society.

Sea turtles have been regularly seen in the San Gabriel River, one of the main watersheds of the Los Angeles Basin. A colony of these marine reptiles has found its home in an area between two industrial power plants, thanks to the unusually warm temperature of the water, according to the society.

The rare sea turtle sighting is likely due to the warm ocean temperature recorded in these last weeks. The warm water has led to sightings of other species not usually observed in this area, such as by-the-wind sailor jellyfish, sunfish, and more subtropical fish species.

The team heads out to sea at least once a week to document the marine mammals occupying the bay. Common occupants include common and bottlenose dolphins, Minke whales, sea lions and other reptiles.

Bearzi reminds boaters to stay vigilant and keep a 100 yard distance from marine mammals to prevent any strikes.

For more information on the Ocean Conservation Society, visit oceanconservation.org.