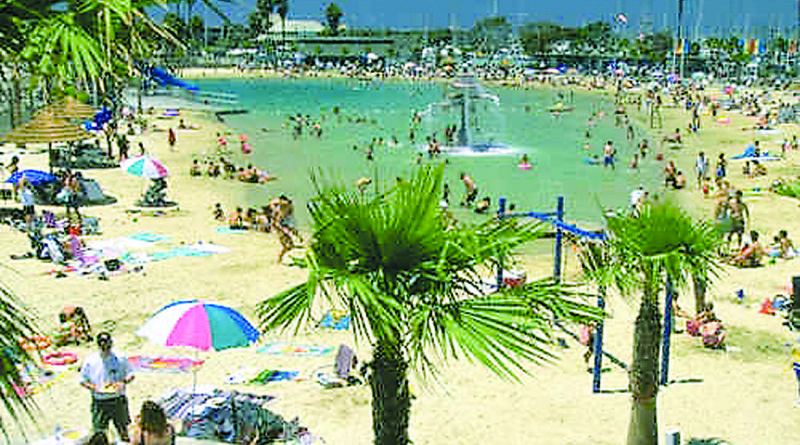 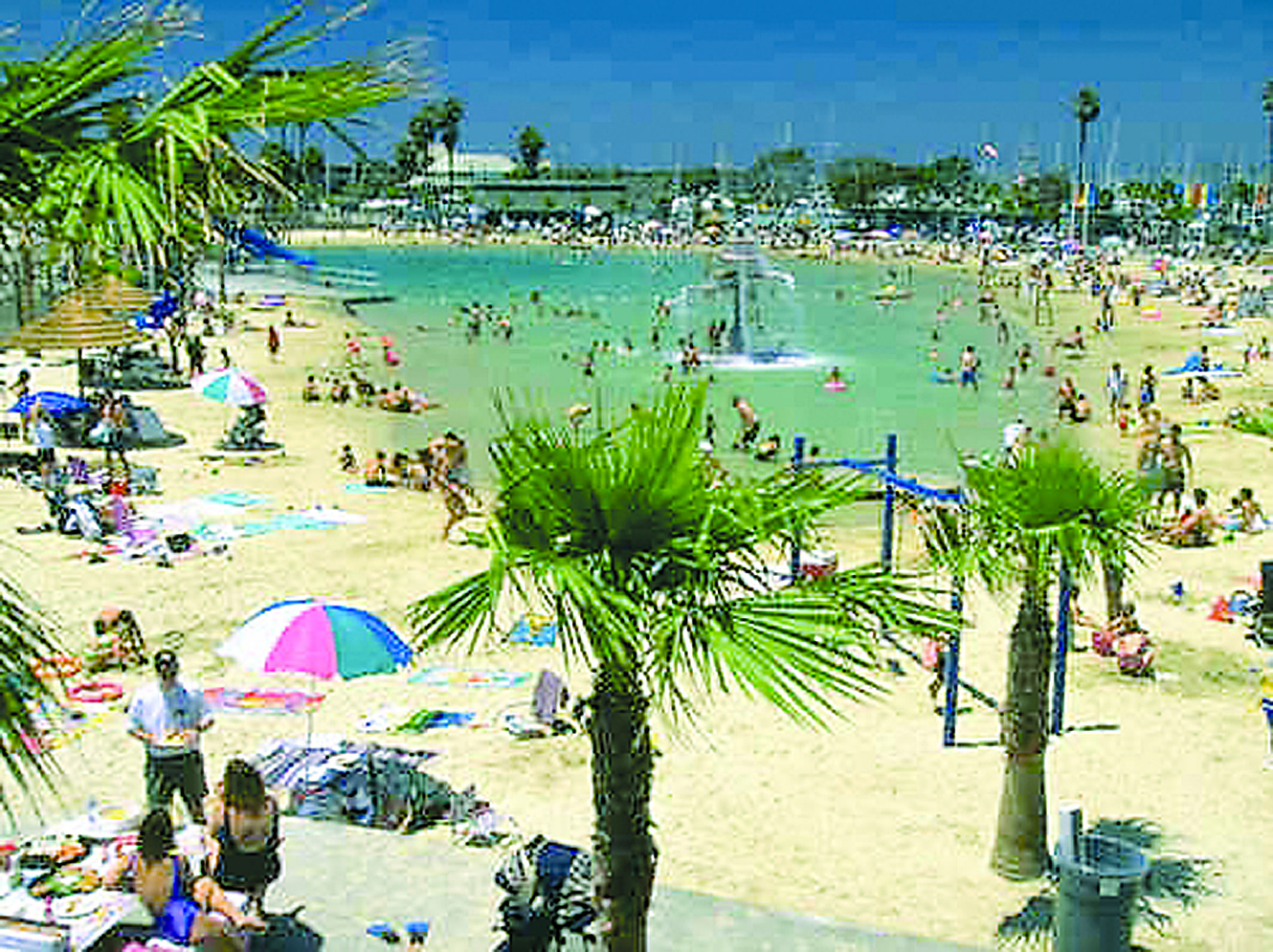 REDONDO BEACH — For the past few summers, Redondo Beach city officials have been fighting to keep the city’s popular saltwater swimming lagoon open to the public, even as stricter water-quality regulations, additional testing requirements and higher fines for non-compliance have been threatened by the Los Angeles Regional Water Quality Control Board.

The enclosed saltwater facility holds, chlorinates and later dechlorinates seawater entering and exiting a 50-foot-deep pipe on the outside of the harbor breakwall. During its journey from the ocean to the lagoon and back to the ocean, the water is also circulated through the nearby AES power plant, to cool its turbines.

Over the years, the state has cited the lagoon as a “point source” for pollution — despite the fact that it is only designed to recirculate seawater — and it has already acquired more than $150,000 in fines from 2002 to 2008. Since then, even tougher limits have been enforced on the allowable limit of total suspended solids in the lagoon water (75 milligrams per liter), meaning more fines and a possible closure could be looming.

Last summer, while the city was facing an extra $50,000 per year in metal testing costs, a deal was reached between the city and the Water Quality Control Board that allowed the lagoon to stay open and operate under a board-implemented Time Schedule Order (TSO). This provided a more lenient total suspended solids (TSS) limit threshold (120 milligrams per liter) while further testing was conducted.

But the TSO is only in place until May 2013, meaning the lagoon will soon be subject to the stricter state-mandated water-quality standards once again.

During the Oct. 18 Redondo Beach City Council meeting, assistant to the city manager Maggie Healy said the
lagoon tested much better this summer than in previous years.

Not wanting to bear the brunt of the testing fees alone, city officials reached out to State Assemblywoman Betsy Butler (D-Marina del Rey), who organized a meeting with Heal the Bay representatives, Los Angeles Regional Water Quality Control Board members and the city.

The result was a partnership study with the Water Quality Control Board supporting half of the testing through California State University, Long Beach facilities and the city conducting studies through city of Commerce-based Michelson Labs.

The testing was performed in five locations around the lagoon, to see if a source of the mysterious and erratic spikes in TSS could be located.

“There was nothing recorded that pointed us to a particular source, or a particular location that would give us some way to control spikes of TSS we have had in the past,” Healy said. “That seems to be something that occurs in the harbor area, in the lagoon, all over.”

To combat unexpected rises, the city is planning on installing a trigger or early-warning response at all of the testing points that will be set at 30 milligrams per liter for TSS in the lagoon. Michelson Labs is to report to the city engineering department if it sees any rise over that number, and the city, in response, will notify the Water Quality Control Board to check levels at the Long Beach site.

Healy noted that the city is currently in talks with Water Quality Control Board officials to determine if there could be a waiver on the limit when the lagoon does see spikes.

Once the Time Schedule Order expires in May 2013, the lagoon will be subject to a new National Pollutant Discharge Elimination System permit that adheres to the stricter TSS limit of 75 milligrams per liter.

“Once the TSO expires, the city still has no way of controlling spikes that have occurred in the past,” Healy said.

In addition to the TSS testing, the city was instructed by the Water Quality Control Board to conduct testing for metals found in the water, after an unexpected spike occurred in the lagoon in 2010. Through a five-month testing program last summer, metals in the water were found to be nearly nonexistent.

Redondo Beach City Councilman Matthew Kilroy noted the uncertainty still facing the lagoon, as the city remains responsible for $50,000 per year in metal testing costs, according to the Water Quality Control Board’s mandate.

“We don’t really know what we’re going to have to do in the future. We don’t know what’s going to happen with the metals,” Kilroy said.

During the presentation, Healy added that the minute levels of metals found during the testing period should exempt the lagoon from future testing burdens and said city staff was working with the Water Quality Control Board to drop any further metal testing requirements.

While the metal testing requirement remains to be decided, the lagoon’s positive water-quality findings mark a step in the right direction for the long-established swimming lagoon.

“As opposed to the spikes we’ve had in the past, the updated testing showing TSS levels below 30 milligrams per liter is a huge milestone for us,” said Redondo Beach Mayor Mike Gin. “I want to thank our staff, the regional board staff and executive director Sam Unger, who has been very engaged in wanting to solve this particular problem.”