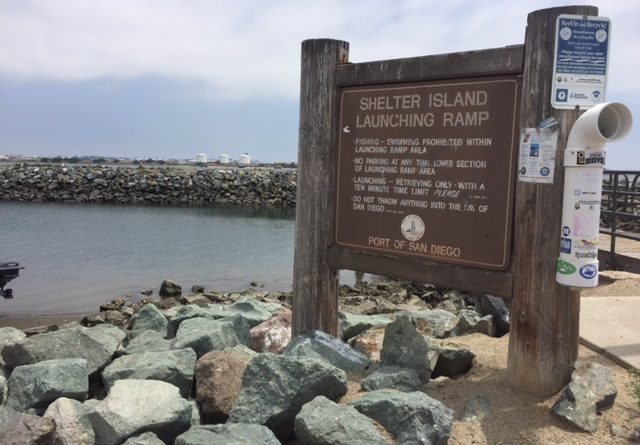 SAN DIEGO — Construction on San Diego’s Shelter Island Boat Launch Ramp will continue through March and beyond, despite the port district’s original plans to have the popular boating venue open this month.

A recent update by the Port of San Diego stated pile-driving activities at the boat launch ramp construction site is expected to continue until the end of March.

Construction was delayed due to “an unforeseen element,” according to port district staff.

“During the excavation of the previous jetties, underground debris such as concrete and other pre-existing construction debris [were] discovered. This was an unforeseen element and removing the debris has unfortunately led to delays in the construction schedule,” port district staff stated in its January update of boat launch ramp construction.

Port of San Diego officials originally predicted the boat launch ramp would be open to the boating public in March, roughly eight or nine months after construction started. Now it appears construction work will continue through the summer, meaning the Shelter Island Boat Launch Ramp would have been closed for a full calendar year.

“Efforts are being made to [minimize] delays in reopening,” port district staff stated in January.

The 10-lane launch ramp, one of the busiest in the country, has been closed, in entirety, for several months now. Port district staff hoped the launch ramp would be re-opened in time for the 2018 boating season, though it certainly looks like it would remain closed for the remainder of winter and all of spring.

An update on the port district’s website about the Shelter Island Boat Launch Ramp stated the boating venue would re-open in the summer, though no official open date was announced.

Grant funding came from state resources – Division of Boating and Waterways, California Wildlife Conservation Board – and, accordingly, required the port district to begin the redevelopment of the boat launch ramp by May 2017, just ahead of the venue’s peak traffic and usage.

Work continuing through the upcoming spring and summer seasons likely means San Diego’s trailer boaters will have to access the harbor or ocean from other locations during one of the busiest stretches of the year.

Construction crews have already demolished the previous launch ramp in entirety. New piles are currently being installed. Port district staff added preparations are being made to install the new concrete launch ramp.

Shelter Island Boat Launch Ramp was built in the 1950s and later updated in 1976 and 2005. The ramp reportedly services about 50,000 launches annually.

Questions and concerns about the Shelter Island Boat Launch Ramp can be directed to the port district via email at sibl@portofsandiego.org.

Visit portofsandiego.org/sibl for more information about the renovation project and the latest updates.