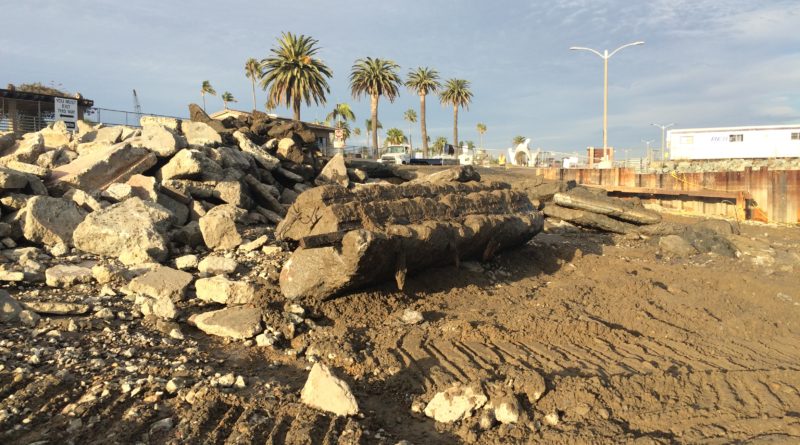 SAN DIEGO — Shelter Island Boat Launch Ramp will remain closed at the start of San Diego’s boating season and into the beginning of summer as the venue’s improvement project suffered another delay, it was announced on May 10.

The boat launch ramp’s improvement project was supposed to be completed ahead of this year’s Memorial Day Weekend, but the Port of San Diego stated “longer-than-expected delays” will keep the high-traffic boating venue offline for a few more weeks.

The Port of San Diego anticipates the boat launch ramp will re-open in late 2018.

Port district staff added there is a possibility one lane could be temporarily opened to the public during the summer season.

“During excavation operations, the contractor encountered an extensive amount of large buried concrete debris, and the removal of this debris required a change to the project schedule,” port district staff stated. “Given the recent findings, the Port is working with the contractor, and staff from the California Coastal Commission and the Department of Boating and Waterways, to allow for the temporary use of one boat ramp lane by the public beginning later in the summer season.”

This is the second delay announced by the port district in two months; construction was initially delayed in March. The revitalization project was about 50 percent behind schedule in January.

“The Port of San Diego recognizes that this extended closure impacts boaters during the summer season, but due to safety concerns, the ramp cannot be opened at this time,” port district staff said in a released statement. “We apologize for the inconvenience and appreciate your patience as we continue this project.”

Work on Shelter Island’s boat launch ramp – the busiest in San Diego – began in May 2017, meaning it has been under construction for one year now. Port district staff anticipated work the revitalized boat launch ramp would be completed within nine months.

The original target for the launch ramp’s re-opening was set for March of this year, but “an unforeseen element” forced port district officials to alter plans.

Shelter Island Boat Launch Ramp has been closed in entirety since the end of summer last year.

The boat launch ramp improvement project carries a $9.5 million price tag; the Department of Boating and Waterways, Wildlife Conservation Board and Port of San Diego provided funding for the project.

Shelter Island’s 10-lane boat launch ramp handled about 50,000 boats annually, according to port district staff. Improvements were necessary, they added, to address wearing and the corrosive effects of seawater.

“The heavy daily use, and the increase in larger recreational boats, resulted in congestion and delays in launching,” port district staff stated.

An updated boat launch ramp at Shelter Island is expected to be safer for launching and more navigable for boaters once in the water, according to port district staff.

Workers are currently conducting pile-driving operations. A few items, such as demolition of the previous boat launch ramp, installation of a temporary cofferdam, and fabrication and partial installation of breakwater wall panels, have reportedly been completed.

Visit portofsandiego.org/sibl for a list of alternate boat launches and construction updates.