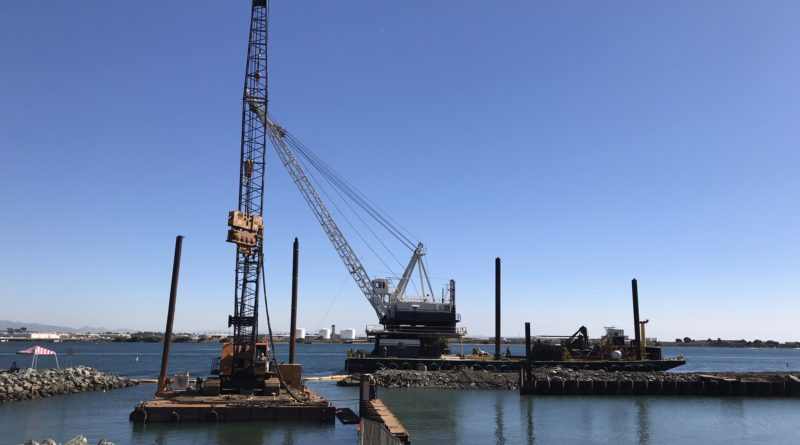 Port district hopes to have an open lane available to boaters as soon as possible.

SAN DIEGO — Boaters still cannot access the water from the Shelter Island Boat Launch Ramp, despite the local port district reporting progress in construction. The launch ramp has been closed since May of 2017.

A spokesperson with the Port of San Diego stated the boat launch ramp will remain closed through the entire month of August, though efforts are being made for at least one lane to be opened as soon as allowable.

“The Port of San Diego recognizes that this extended closure impacts boaters during the busy summer season, but due to unforeseen concrete obstructions and other materials that were recently discovered during construction, it is necessary to keep the ramp closed at this time,” port district staff said in a released statement. “The contractor is actively working on opening a lane as soon as construction allows.”

Port district officials did state the launch ramp’s breakwater wall is being completed. Placement of the new concrete boat ramp is also being worked on right now, according to port district staff.

The floating docks and gangways on the eastside of the launch ramp have yet to be installed, though work on this element should be underway soon, if not already started.

“The construction team anticipates encountering additional underwater obstructions while installing the guide piles for the floating docks, and a plan is in place to minimize additional potential impacts to the project,” port district staff stated. “The Port of San Diego appreciates the public’s patience as we continue with this important public improvement project.  Additional construction updates will be provided in mid-August.”

Port district staff added the new boat launch ramp would be safer and more navigable. The basin, for example, would feature a larger maneuvering area with longer board floats.

Updates on the project and a list of alternate launch ramps in the San Diego area are available at portofsandiego.org/sibl.