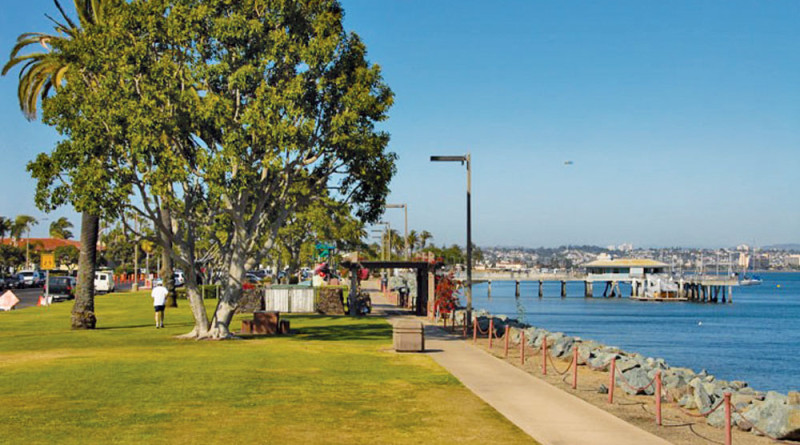 SAN DIEGO — One of the most popular boating areas in San Diego is primed to receive an upgraded fishing pier, complete with a new boat dock and gangway.

San Diego’s Board of Port Commissioners voted on Oct. 6 to approve a contract for $493,500 to remove a concrete floating dock and switchback gangway at Shelter Island and install a new aluminum-framed floating dock with a single gangway in its place. The new dock would, according to port staff, service anyone aboard a small vessel and seeks to access the Shelter Island Fishing Pier.

“The project will restore and improve the function and service of the boat dock,” port staff stated in a report to commissioners.

Port staff added the current floating dock is deteriorated. Plans to repair the pier were initiated during the 2014-15 fiscal year. Original plans estimated repair work would cost $300,000. The commission’s most recent vote added $252,000 to the budget, bringing the total cost to $552,000.

“Significant damage to the boat dock system was found around 2010,” port staff said. “[A] report, completed in January 2015, indicated that wind, waves and currents combined create dock motion and mooring loads at the site. The combination of these forces had increased horizontal movement of the dock structure, causing the pile guide assemblies, which are attached to the dock, to break off. In addition, the gangway system was deformed, and one landing platform collapsed following failure of the pile guide assemblies.”

Another site investigation in April 2015 revealed the dock structure suffered irreparable damage, according to port staff.

The new dock not only replaces concrete with an aluminum structure but also reuses six existing guide piles. A single 80-foot aluminum gangway would comply with the Americans with Disabilities Act and an Army Corps of Engineers Regional Permit. Port officials hope to cause minimal disruption to local businesses during construction.

The boat dock system alongside the Shelter Island Fishing Pier was built in 2002 and features a landing platform next to a restaurant building.

“The boat dock is open to the general public and provides direct access from the water area to the pier,” port staff stated. “Boaters and the tenant utilize it for picking up and delivering items, kayak rental, water taxis, sporting event shuttles, and fishing guide services for educational programs.”

Construction is expected to start this month and continue through March 2016.