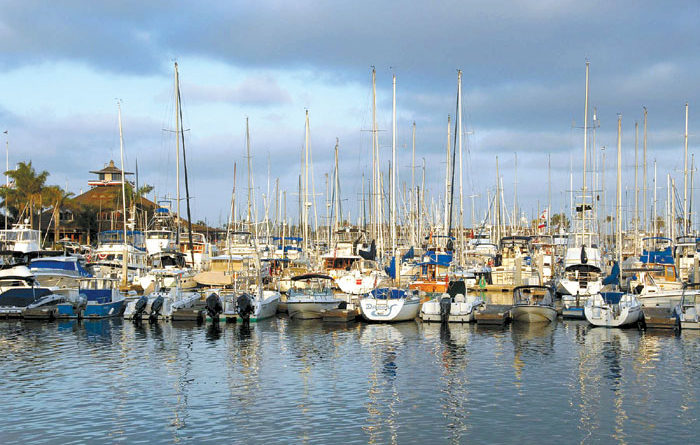 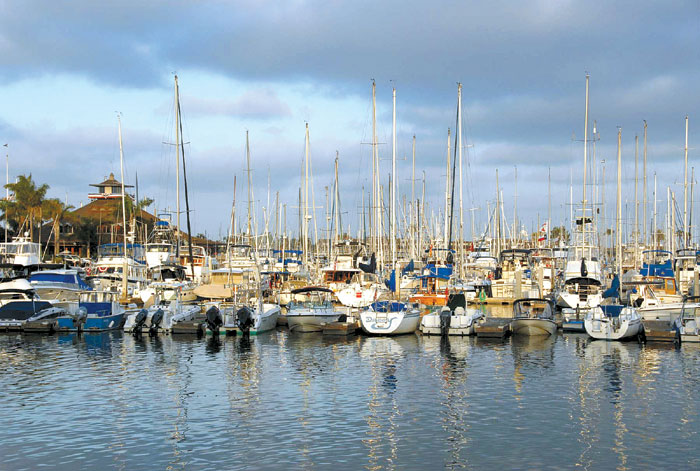 SAN DIEGO — Marinas, waterfront businesses and boaters with vessels in San Diego Bay’s Shelter Island Yacht Basin have been working hard to reduce the amount of copper in the water, but more stringent rules may be needed to meet even stricter copper level limits that are on the horizon, according to the Port of San Diego’s Board of Port Commissioners.

At a meeting on Dec. 13, the commissioners discussed the current state of copper reduction in Shelter Island Yacht Basin, and what kind of progress had been achieved toward the San Diego Regional Water Quality Control Board’s mandate that the amount of dissolved copper here be reduced by 10 percent in 2012.

The work to reduce copper in the basin was prompted by the Regional Water Quality Control Board’s establishment of a Total Maximum Daily Load (TMDL) for the basin in 2005. The TMDL order requires the Port of San Diego and its tenants to reduce copper loading in Shelter Island Yacht Basin by 76 percent by 2022, with phased-in loading targets of 10 percent and 40 percent required by the end of 2012 and 2017, respectively.

The Regional Water Quality Control Board has cited numerous studies that show concentrated amounts of dissolved copper in the water have a detrimental effect on marine species, making boats with copper-based antifouling hull paints a target for copper-reduction plans. While some boaters have disputed the findings, pointing to the larger amount of copper that generally enters waterways from brake pad dust and other sources, the board has insisted that its studies are accurate.

Karen Holman, environmental programs manager for the port, said the reduction measures at Shelter Island Yacht Basin so far are working, but more stringent regulations may need to be implemented to achieve future copper reduction levels.

So far, the port has implemented an array of measures that include in-water hull cleaning regulations for businesses operating in the bay, studies on the best non-biocide hull paint alternatives and reduced rates for boat owners who repaint their boat hulls with non-copper-based paints.

Holman said that while these measures are helping, the current policy of keeping the hull paint conversions voluntary and allowing boaters to continue to use copper-based paints might need to be reassessed as the stricter 40 percent copper reduction mark approaches for 2017.

According to the 2011 study prepared by Weston Solutions and the Port of San Diego, the basin had achieved a 15 percent reduction in annual dissolved copper concentrations in the basin, surpassing the 10 percent milestone that the basin was required to achieve by 2012. But that number factors in the percentage of copper loading that was reduced due to slip vacancy over that time period — a factor the Regional Water Quality Control Board does not plan to include in its assessment of the basin.

By factoring out the effect of slip vacancies, the report found that 272 vessels in the basin converted to either low-copper or non-copper bottom paint, resulting in an 8.7 percent reduction in copper loading in the basin.

Commissioner Bob Nelson agreed with Holman’s assessment, stating the need for the port staff to come up with a plan to be implemented if it becomes clear the upcoming copper reduction marks will not be met by the water board’s TMDL timeline.

“There is nothing that makes me believe, based on the evidence we’ve been shown, that we will obtain the 40 percent reduction by 2017 with voluntary mechanisms, even with the green leasing incentives,” Nelson said. “And we need to operate under the TMDL order.”

Nelson asked port staff members to come up with a plan that would ensure that Shelter Island Yacht Basin meets the TMDL — possibly through new regulations, taxes or tariffs that could be imposed on boat owners, marinas and boatyards.

“It’s almost inevitable that we’re going to have to compel (boaters to use copper-free paint), at some point,” Nelson said. “The question is, what is the fairest way to do it that causes the least pain to the most people?”

Shelter Island Yacht Basin was listed as an Impaired Body of Water by the Regional Water Quality Control Board as far back as 1996, and is the first site in San Diego Bay to be assessed a TMDL — which requires the basin to reach a dissolved copper concentration to not exceed 3.1 micrograms per liter of water.

According to the Regional Water Quality Control Board’s studies, more than 95 percent of the dissolved copper in the boat basins is coming from copper-based antifouling hull paints leaching off recreational boats.

While the State Water Board and the port are focusing on Shelter Island Yacht Basin, Deborah Jayne, senior environmental scientist with the Regional Water Quality Control Board, stressed the importance of a San Diego Bay-wide approach to the copper problem.

“I want to point out to you that the strategy that is used is going to look at the bay holistically, and list all of the issues,” Jayne said. “And we will ask you and the public to list your priorities, and ask you how you plan to address them.”

Nelson also asked for a “holistic” view to be used for San Diego Bay, in an effort to avoid putting an undue burden on Shelter Island Yacht Basin boaters, marinas and businesses.

“Shelter Island tenants and businesses are disadvantaged compared to other tenants in other areas of bay, and that makes me inclined toward a bay-wide approach rather than strictly limited to one portion of bay,” Nelson said.

Throughout the history of Shelter Island’s TMDL and the State Water Board’s associated studies on copper in the basin, questions regarding the actual effect of copper on marine life have been raised — along with questions about the reasons for the baseline 3.1 micrograms per liter number the board is mandating for the basin.

Jayne addressed the port commissioners regarding the Regional Water Quality Control Board’s position on a possible change in the 3.1 micrograms per liter TMDL requirement, saying that a greater level of research and more “solid science” are needed for a change to be considered.

“Although we are receptive to changing the objective, it is a very long and complicated process,” Jayne said. “It takes years: It is a formal decision, and all of the stakeholders have to be involved. TMDLs are not about changing objectives, they are about meeting objectives.”

The completed report showing the 2012 copper reduction numbers is expected to be submitted to the Board of Port Commissioners by March 31, and it will officially indicate whether Shelter Island Yacht Basin has met last year’s 10 percent copper reduction goal.