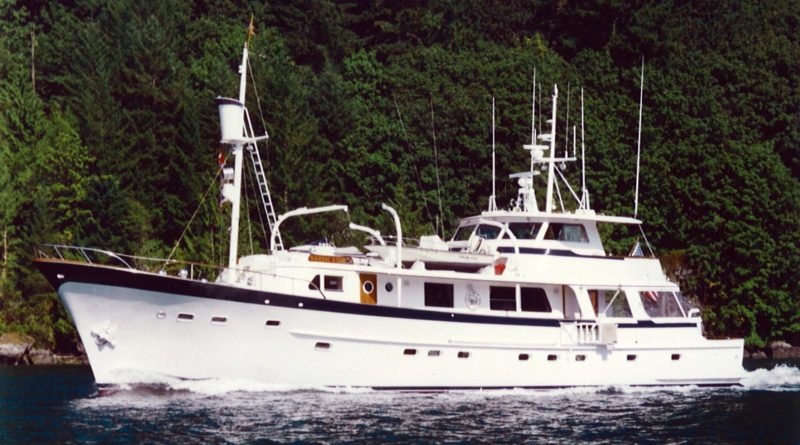 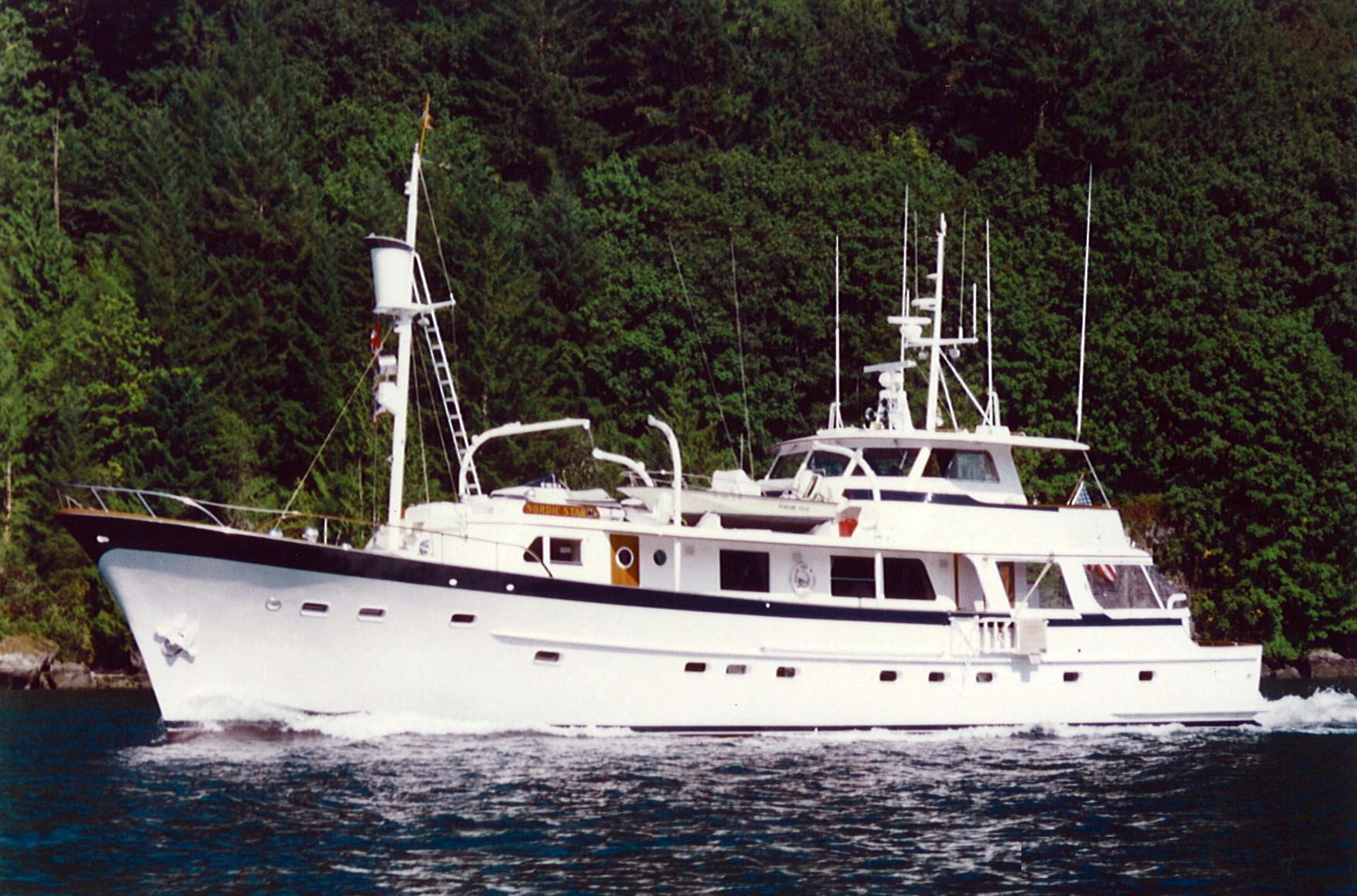 Year Built: 1969. It was designed by renowned boat builder Jack Hargrave, who was known for his classic style and pedigree in developing luxurious hauls, at the Lantana Yacht Yard in Florida. Hargrave’s craftsmanship provided a platform for top yacht manufacturers such as Hatteras, Prairie and Burger to lay their celebrated foundations.

George T. Pfleger, the former president and chief executive officer of U.S. Electrical Motors. Co. of Los Angeles, paid to have the extravagant yacht built before he had the vessel delivered to Newport Beach, where it has remained a staple of the boating community for more than four decades.

“She was launched as a big boat in those days,” Avery said. “She was really something. And Pfleger knew what he wanted.”
Pfleger, who later become the director of Emerson Electric Co. following the company’s acquisition of U.S. Electrical Motors, sold the boat to the Vincent family of Newport Beach.

What’s inside? Nordic Star offers plenty of guest accommodations, including a six and three double cabin and crew quarters which house five members. The haul is maintained by  three OCC School of Sailing and Seamanship interns.

It’s also equipped with a twin caterpillar D343 engine, which Avery refers to as “A real classic engine.”

“It’s large without being huge. It has many of the aspects of a big ship.”

Notable Moments in Boat’s History: Nordic Star endured two owners before being sold to Jerry and Jan Barto, a husband and wife duo who maintained the vessel for just a short period. The Barto family, a heavily involved group within the Newport Beach community, donated the $2 million yacht to OCC in 2011. It was the largest contribution in the school’s history.

“It was a good fit,” Avery said.. “Boats of this size are demanding on the owner.”

The decision to gift the vessel came easy for the couple, as all three of their children once attended the school.

“It’s so well known in Newport…everyone looks at it and goes ‘Oh my God,’ ” Avery said. “Everyone just really appreciates it.” Recent Notes: Through the years, the school has had a large number of gifted boats come through their program. Most are used and then sold. But the training process of this particular haul has proven to be quite a beneficial stepping stone for future seaman.

For the past two years, the yacht, which has played the role of a training ground for mechanical and daily boat maintenance, has helped guide overzealous students seeking to take the plunge into the boating industry.

Those students, who are part of the school’s Professional Mariner Program, have encountered and corrected many issues on the Nordic Star.

“It’s a big thing to maintain,” Avery said of the boat’s operating system. “It’s much more demanding and requires a full-time crew.”
The yacht, although in excellent condition, is currently undergoing several adjustments to pass the code of federal regulations—a fix which will allow the vessel to charter this coming winter. Those issues, which are paid for with grants and donations to the school and are expected to be completed in July 2014, include repairs to the boat’s wiring, plumbing and electronics. These modifications will allow Nordic Star to become Coast Guard certified.

“Students are participating in all facets of ship building and on-board activity,” Avery said. “But a lot can still happen right at the dock.”

While Nordic Star is being used as a school vessel, plans for the boat to hit the ocean by the end of the year will prove advantageous to both the students and the community.

“I think this adds choice,” Avery said. “We’re doing this to give the students crew experience and the upkeep is being supplied through grants and donations.”

The program will also profit from the distribution of Nordic Star shirts and suits.

Where Currently Berthed: At the OCC’s School of Sailing and Seamanship in Newport Beach.