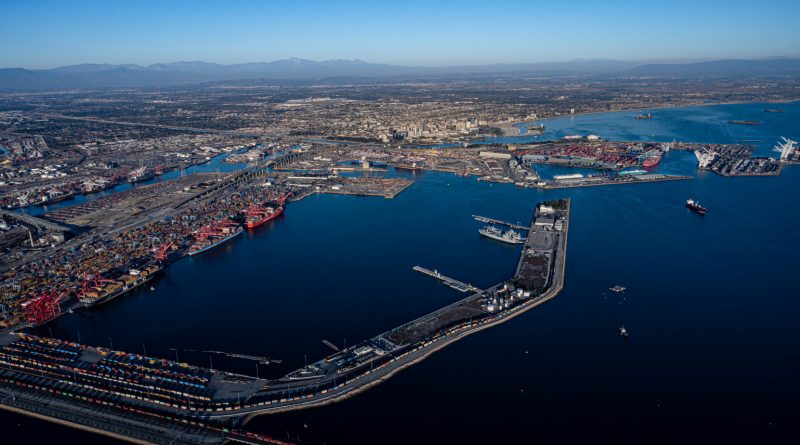 On May 1 SpaceX began a lease with the city of Long Beach for a rocket recovery center where a former U.S. Navy Complex used to be.

On May 1, SpaceX, an American aerospace manufacturer headquartered in Hawthorne and founded by Elon Musk, began a two-year lease with the Port of Long Beach.

The company will be taking over the former Naval base and most recently operation pier for Sea Launch, a commercial satellite launch company, which has been standing empty for a year.

“From what we know it’s going to be for working vessels of loading and unloading of storage for their operations, and they are bringing the Falcon 9 recovery operations to the site it is proprietary to their operations,” said Frank Collonna, president of the Board of Long Beach Commissioners for the Port of Long Beach.

According to the Long Beach Post, the company will pay $107,000 a month for the use of the facility.

Collonna said that the company is taking the location as is and will be responsible for maintenance on the pier, or any improvements to the 6.5-acre facility that includes a warehouse, office building, and wharf.

Collonna expects that the company will bring in an influx of jobs to Long Beach, and highlight the strong relationship and history between aerospace and the city.

“It’s always a great opportunity, especially for us at the port,” said Collonna. “…It’s another big job generator for us so we are very excited about it, and it adds to our community of port tenants that are in particular very compatible with the space industry especially with SpaceX.”

Long Beach has a strong history with aerospace and aviation that dates back to the summer of 1940 when Donald Douglass, president of Douglas Aircraft Company, and Carl Cover, vice president, agreed to buy a 200-acre site in Long Beach for an aircraft manufacturing facility, according to Long Beach Business Journal.

Boeing bought out the Douglas Aircraft Company in 1996, and in that same decade formed a consortium with companies from Russia, Ukraine, and Norway, for a commercial satellite launch enterprise.

Between 1999 and 2014 Sea Launch performed 36 missions with 32 successes before vacating the port over a year ago.

Collanna believes that this next step with SpaceX is a move into the next generation of aerospace, space exploration that compliments the already full history of aerospace in Long Beach and the various aerospace companies that have already made their home in the beachside city.

“We are all very excited,” Collonna. “It is one more key element to a compliment of our space operations we have Virgin Orbit, Spin Launch, Rocket Lab, and Relativity Space. They are all connected with aerospace, the launch material, and equipment for space. We are very excited for Long Beach.” SpaceX could not be reached for comment, to learn more about the company see the link, https://www.spacex.com/.