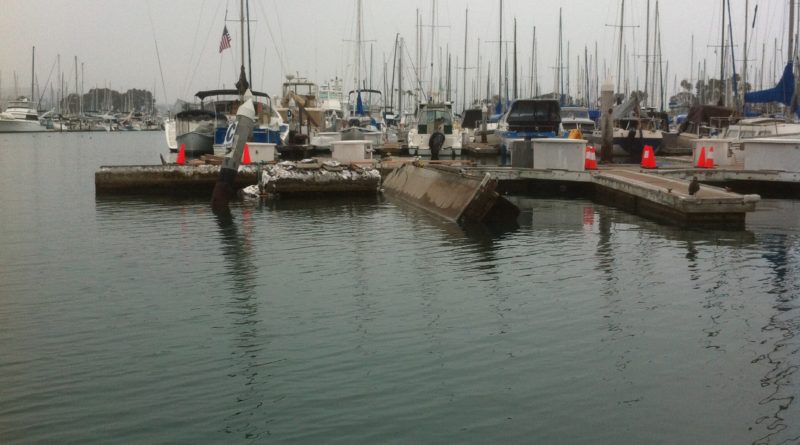 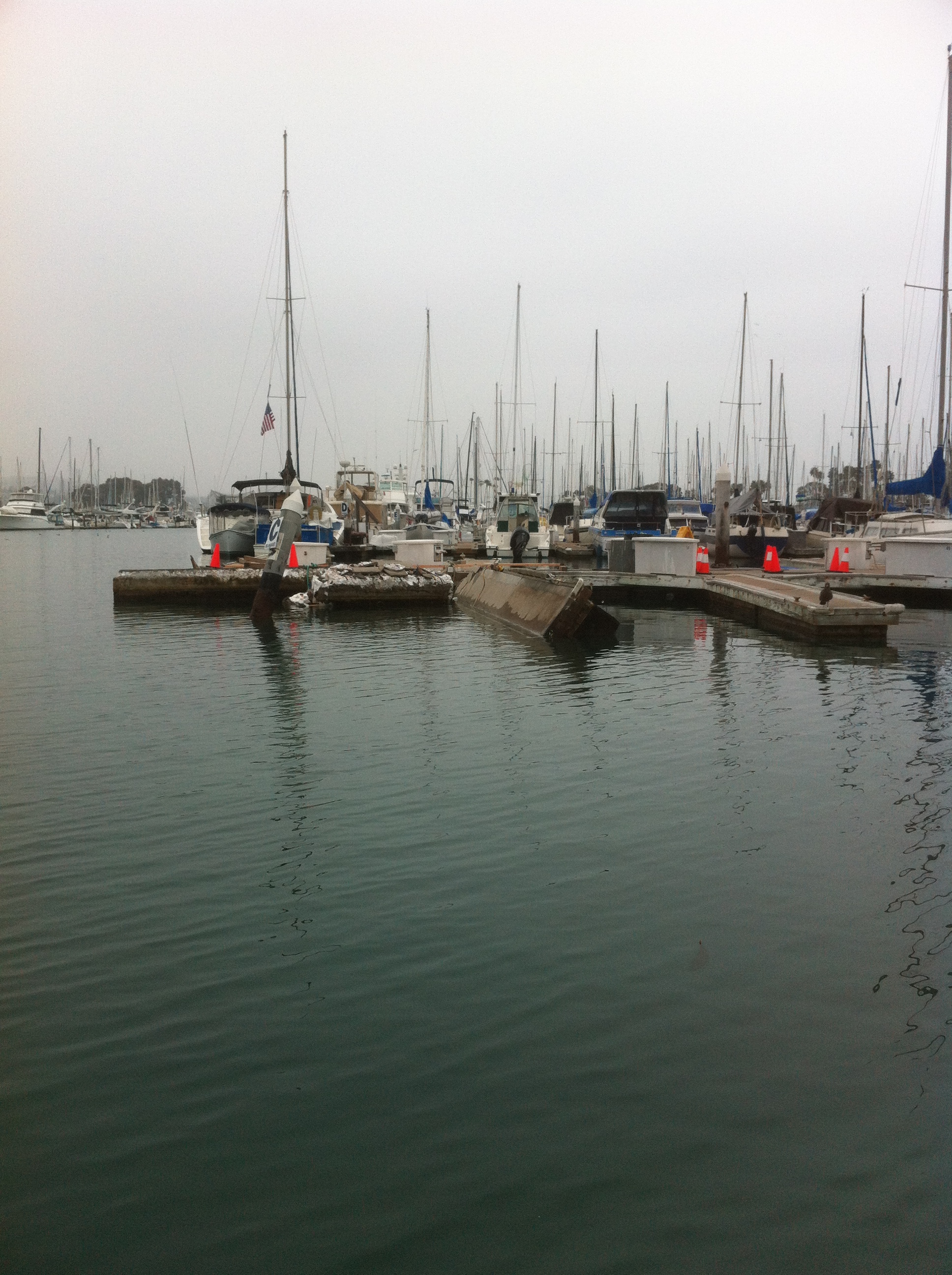 According to Dana Point Marina-East Basin General Manager Doug Whitlock, the vessel was turning around on its end tie when a mechanical problem occurred. Wild in Sac then backed into C Dock, which sits adjacent to the end tie.

Skipper Tom Hallahan was operating the vessel when the engine reportedly got stuck in reverse, said Dave Hansen, captain of Wild in Sac.

“We just got [the boat] out of the shipyard yesterday (Jan. 30),” said Hansen, who appeared on scene an hour after the crash occurred. “We’re going to get an estimate on the damage [done to the vessel] on Monday.”

“The sport fisher backed into the end tie of the dock and for reasons that are still under investigation, they accelerated and hit the dock hard enough to completely destroy the end tie,” said Harbor Patrol Sgt. John Hollenbeck.

A couple of slips, dock fingers and boats were damaged in the morning incident. No one was injured, he said.

The same can’t be said for a few boats.

“At least two boats were damaged to the point where one was taking on water,” Hollenbeck explained. “It was a sizeable crash.”
“Surprisingly all the boats sustained just minor damage,” Whitlock said. “The dock on the other hand took the brunt of it; we’re estimating $100,000 in damages but we’re not sure.”

Seven vessels have been relocated throughout the marina. None of the boats took on water except for Wild in Sac and damage appears minor to most of the boats on the dock, Whitlock explained.

A timeline for dock repairs has yet to be determined,

“We’re waiting for all the insurance people to chime in,” Whitlock said. “It’ll be down at least a couple months.”

The accident is currently under investigation.