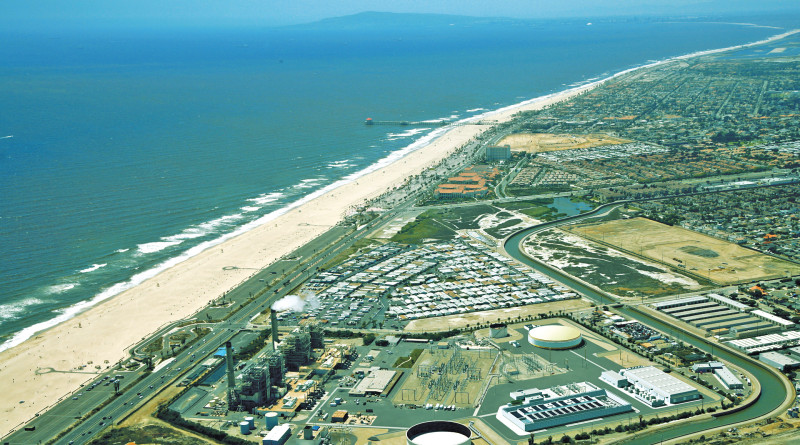 State could determine future of Poseidon desalination plant in 2017

HUNTINGTON BEACH — At least one state agency expects to review environmental documents associated with the planned desalination plant in Orange County within the next few months, and another board lists the prospective saltwater conversion venue as an item to be discussed at its first meeting of 2017.

Poseidon Water hopes to build a desalination plant just off the Huntington Beach coast and supply the surrounding area with 50 million gallons of converted freshwater daily.

“Poseidon’s proposed project has required significant staff time over more than ten years, and recent proposed changes to the project and new information about the project will require substantial additional work to determine whether it conforms to the Coastal Act and relevant Local Coastal Program,” Coastal Commission staff stated. “The fee represents only about 0.03 percent of the project’s expected capital and financing costs and less than 0.5 percent of Poseidon’s project development costs to date.”

The Poseidon desalination project has indeed been a lengthy process. Poseidon first introduced the idea of building a saltwater-to-freshwater conversion plant in 2002. One year later the city of Huntington Beach decided against certifying the initial EIR.

Poseidon failed to make any traction in the permitting process for the next few years. By 2009 the company submitted plans for a re-configured desalination plant, forcing state officials to conduct additional reviews.

The plant’s planned location is partly to blame for the project’s delays, according to Coastal Commission staff.

“Much of Poseidon’s lengthy permit and review history results from Poseidon’s proposed site and design. Poseidon’s selected site is subject to several significant coastal and seismic hazards,” Coastal Commission staff stated. “Its proposed facility design and seawater intake volume of 106 million gallons per day would cause significant adverse effects on marine life due to its proposed use of an open water intake that is currently used by the Huntington Beach Power Plant but is to be retired soon.”

Poseidon’s staff stated its request for fee waiver is justified because the company’s pending coastal development permit application was completed on time but not immediately considered due to delays caused by the commission.

Coastal Commission staff response was a fee waiver could not be granted because of the amount of time required to review upcoming plans, and Poseidon did not demonstrate a financial hardship.

Additional time is needed to review Poseidon’s intent to use on open intake system to obtain saltwater from the ocean, according to Coastal Commission staff.

“Because Poseidon’s proposal is to use an open intake rather than the [state’s Desalination] Amendment’s strongly stated preference to use subsurface intakes where feasible, the proposal is expected to require more review and analysis than other projects that are proposing to use a subsurface intake,” a Coastal Commission staff report stated.

Meanwhile, the State Lands Commission will spend 2017 contemplating whether Poseidon will properly address environmental issues associated with the modifications it seeks to its proposed desalination plant.

Poseidon claims it is modifying the project’s intake and outfall elements to enhance marine life protection and comply with State Water Resources Control Board requirements.

The State Land Commission’s review of Poseidon’s Supplemental EIR could be finalized at some point in 2017. In the meantime, Poseidon’s representatives will be in San Luis Obispo for its planned Jan. 13 hearing in front of the California Coastal Commission.