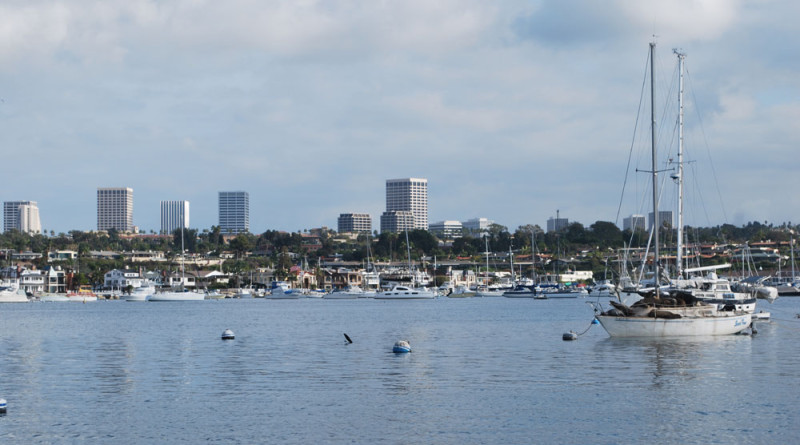 NEWPORT BEACH — State, regional and city officials will be meeting with local boaters, boatyards and marinas later this month to discuss a copper reduction proposal for Newport Bay. The Newport Beach boating community will have the opportunity to discuss copper reduction measures at a July 23 State Water Resources Control Board meeting at City Hall.

Newport Bay’s boaters could be required to reduce copper by 83 percent within 15 years, according to a Total Maximum Daily Load (TMDL) project proposal issued by State Water Boards staff.

“In order to meet this draft [Copper] TMDL, [copper] discharges from boat hulls must be reduced by 83 percent. The proposed [Copper] TMDL will be phased and will allow 15 years to reduce [copper] discharges from boats,” the proposal stated. “This will allow boaters to convert their boats from [copper] to nontoxic paints as hull repainting is needed during normal boat maintenance.”

Linda Candelaria, an environmental scientist with the State Water Resources Control Board, said the collection of new data means it is time to update TMDL implementation strategies.

The EPA found in 2002 antifouling paints from boat hulls were the primary source of copper in Newport Bay.

“In Newport Bay, copper (Cu) exceeds the water quality standards, and the largest source of Cu to the bay is Cu antifouling paints on boat hulls,” the project proposal stated. “These Cu paints release Cu into the surrounding waters to prevent fouling on the boat hulls. Cu can cause ‘sublethal’ effects on fish (gill and nervous system damage), and mortality in invertebrates (animals that live in the sediments and that fish eat). The Cu concentrations in Newport Bay are harmful to aquatic life and must be decreased to meet the water quality standards to protect the fish and other marine animals.”

Candelaria added state and regional officials hope to gather direction from boaters and other stakeholders.

“We will not have the actual proposed amendment language prior to the meeting, since part of the purpose of this meeting is to discuss proposed actions and to obtain input from stakeholders on these proposed actions,” she said.

State Water Resources Control Board staff said it is also developing non-TMDL strategies to address other exceedingly high metal sediments, such as mercury and zinc, in the bay.

Other methods state, regional and local officials will be incorporating into copper reduction strategies include use of best management practices by hull cleaners and promoting the use of slip liners during hull cleaning.

“Regional Board staff and partners have been working with paint manufacturers and boatyards to provide to boaters alternative non-toxic paints that are both viable and cost-effective,” State Water Resources Control Board staff stated. “Staff have also been working to investigate potential funding options to assist with the conversion from [copper] to nontoxic or less toxic paints.”

The July 23 scoping meetings, which will be held at 1:30 p.m. and 6:30 p.m. in the Community Room at Newport Beach City Hall (100 Civic Center Drive), is the first step of a lengthy approval process. A draft TMDL plan will be issued after the meeting and the public will have 45 days to comment on the proposal.

The comment period is followed by a Regional Water Quality Control Board public hearing. If the TMDL plan gains the board’s approval, it would have to be adopted by the State Water Resources Control Board, Office of Administrative Law and EPA in order to be effective.

Newport Bay is home to about 10,000 recreational vessels.