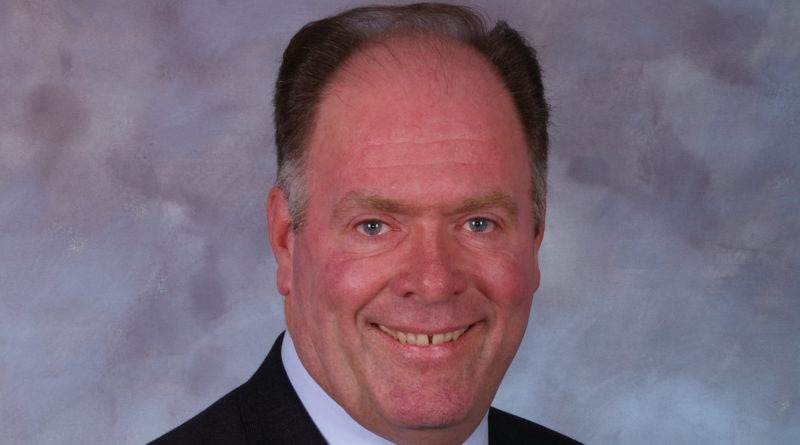 Scully was appointed to fill one of two vacant Harbor Commission seats in June.

NEWPORT BEACH— Steve Scully, a lifelong Southern Californian and boater, is settling into his new role on the Newport Beach Harbor Commission.

Scully has called Newport Beach home for more than 25 years. He has about 30 years of experience working on the business side of the trucking industry, but this is his first role in city government.

“I’m going from the for-profit world to the city government world, so just getting a better understanding of that and working within that,” Scully said.

Scully got into the trucking industry through his father; who owned a truck dealership business where Scully worked in the summers growing up. He said after graduating college, his father backed him in starting a truck rental and leasing company in 1981. Scully operated and ran The Scully Companies until 2011 when he said he was approached by freight transportation and logistics services provider Ryder System, which wanted to purchase the company.

“By luck and the American dream I built it up over about 30 years and unplanned sold it in 2011,” Scully said.

Now, Scully serves as the chair of the Board of Directors at Clean Energy Fuels, a Newport Beach-based company which supplies natural gas to the transportation industry. He said that was one of the things that led him to looking into the Harbor Commission.

“I lived in Newport for over 20 years, was head down, buried in business and now have some time,” he said.

Scully also serves on the Advisory Board at USC Wrigley Institute for Environmental Studies on Catalina Island. Outside of serving on those two boards, serving as a harbor commissioner, he said he loves boating, golf and is just enjoying life.

“I absolutely love Newport Harbor, I have a boat, I’ve been a boater most my life,” Scully said.

He said he grew up boating with his dad. He said they would cruise down to San Diego on the weekends to go albacore fishing.

He said right now he is getting up to speed on what the Harbor Commission is working on. He is serving on an ad hoc committee working on rewriting the harbor permit policy and is the chair of another ad hoc committee which is examining the charter fleet in Newport Beach Harbor.

“I am just in the process of getting up to speed within those objectives and participating in those ad hoc committees,” Scully said.

He said he didn’t come into the position with any agendas but said he is a big supporter of the clean water initiatives the city has implemented and is working on.

“It’s been a very big learning experience, as well as something I look forward to digging in deeper,” Scully said. “I’m really excited about being part of the Harbor Commission.”

Scully’s term runs through June 30, 2021. He will be eligible for reappointment once the term expires.

Editor’s note: The Log will also chat with the Newport Beach Harbor Commission’s other new commissioner, Marie Marston, in an upcoming issue.