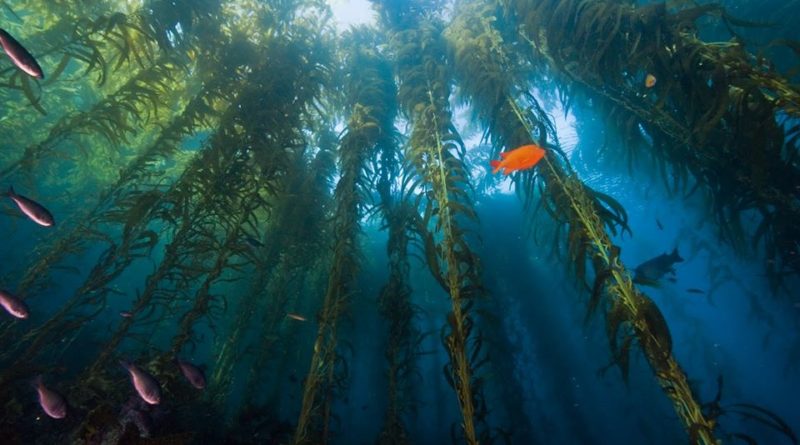 Aquaculture incubator will run through November 2023 under updated terms; port district will receive royalties through 2043.

“The purpose of adding shellfish is to demonstrate the feasibility and water quality benefits of shellfish and seaweed aquaculture in San Diego Bay by incorporating the water-purifying capacity of mussels, and oysters with the carbon-sequestering potential of seaweeds to create a restorative, climate-beneficial farming system,” port district staff said in a report to commissioners. “The addition of shellfish to the pilot project will require the addition of mussel longlines and baskets to the existing submerged farm system, which would involve minimal activity, as no existing structures need to be permanently modified.”

Additional port district funding is not required as part of the contract and royalty extension.

“Sunken Seaweed LLC has leveraged the assets and results from the pilot project to obtain additional grant funding to continue operations and measure the ecosystem benefits and services provided by seaweed aquaculture,” port district staff said in a report to commissioners. “The … amendment to the agreement with Sunken Seaweed LLC will allow the company to continue its current seaweed farming operations and add shellfish to the existing pilot seaweed farming system, utilizing a 3D ocean farming method of aquaculture.”

Port district staff explained 3D ocean farming as “a vertical underwater agriculture technique that uses the water column to grow restorative species, such as seaweeds and shellfish, together in the same ocean space.”

Shellfish and seaweed could be used to improve water quality, allow for foraging opportunities, protect coastal habitats and provide kelp-based biofuels, among other benefits.

At least once commissioner said the port district’s partnership with Sunken Seaweed would have a long-term benefit, both economically and environmentally.

“When you hear a project that talks about … fishery enhancement [and] water quality enhancement, that’s the kind of project that falls squarely in the breadbasket of the Port of San Diego,” Commissioner Dan Malcolm said. “In the old days, the Port of San Diego would have given grant money for this kind of project. In the new days, in the Blue Economy incubator, we are actually partnering with cutting edge companies, putting in seed money that we would have put in anyway, getting a return.”

Sunken Seaweed’s pilot project initially earned the Board of Port Commissioners’ approval in July 2018. A seaweed hatchery was established in October 2018, followed by a pilot farm in November 2018. Ocean-based lines were installed in December 2018.

Experimentation commenced in February 2019. Department of Energy and Pacific States Marine Fisheries Commission-funded projects, though the Sunken Seaweed program, have been running since July 2019.

Commissioner Garry Bonelli was not present for the vote.