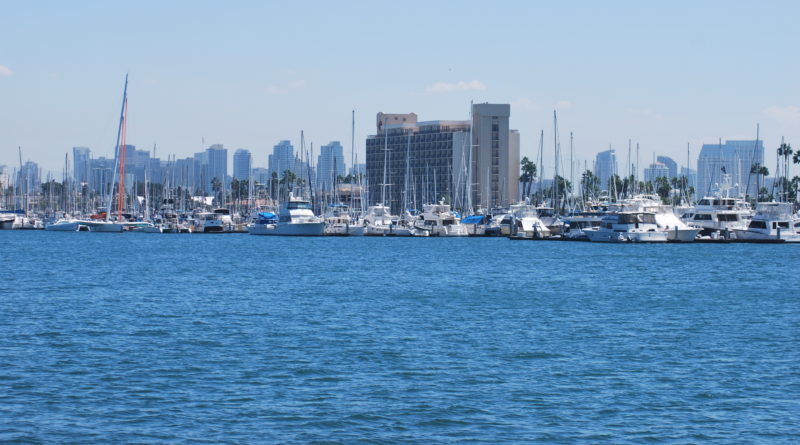 Plans to bring a hotel project online on the eastern segment of San Diego’s Harbor Island hit a snag, as the local port district failed to come up with a direction for developers to pursue. The developer, Sunroad Enterprises, was none too pleased with the board’s lack of directions.

SAN DIEGO — A developer’s plans to build as many as 500 hotel rooms next to Sunroad Marina in San Diego was rebuffed as the Port of San Diego’s Board of Port Commissioners fell short of approving one of two presented development paths.

Port district commissioners were faced on Aug. 14 with pursuing one of two possibilities with a proposal to bring a hotel project to Harbor Island. The first option: approve a 500-room, two-phased, dual-branded hotel development. Option two: pursue a reduced one-phase project with a 325-room hotel.

Commissioners failed to reach a consensus on moving forward with the 500-room, two-phased, dual-branded hotel proposal, rejecting the proposal by a 3-2 vote, with Board Chair Rafael Castellanos recusing himself from the discussion and Commissioner Marshall Merrifield not present.

The proposal to pursue a 325-hotel room project with one phase was also rejected by a 3-2 vote.

“For this board to come out of this with nothing and no direction isn’t right,” Malcolm said, adding it is unfair to private firms who submit proposals to the port district and expect commissioners to develop some sort of project direction. “We have to provide an environment where there is some certainty.”

The board’s lack of direction also rubbed Sunroad Enterprises President Aaron Feldman off the wrong way. He blamed the board of commissioners for harming the future of the project due to internal differences.

“I have no idea what went on,” Feldman, whose Sunroad Enterprises sought to develop the hotel project, said of the proceedings. “I think that it’s … unfair to take a project that is in the very beginning of a design and be so critical.

“To walk out from here [with] no direction … it’s absolutely unfair,” Feldman continued. It’s close to violations of the right of a developer that can come in [with] good faith, do the work that we have done, provide everything that we have been asked. We haven’t failed one time. I find it abusive and I find it offensive.”

Feldman said his firm could walk away from the port district and pursue other projects or all the parties involved could find some sort of compromise.

“This is frustrating,” Feldman told commissioners.

Sunroad originally proposed a 500-room, two-phased, dual-branded hotel project on what is called the “elbow site” on Harbor Island. The 7-acre site is specifically located adjacent to Sunroad Marina on the eastern portion of the island, located between San Diego International Airport and the city’s urban core.

Plans to develop the elbow site as a hotel destination picked up steam in September 2016, when the port district’s board of commissioners selected Sunroad to develop a portion of the larger redevelopment project; developer Oliver McMillan was tabbed to complete the remainder of the development project.

An exclusive negotiating agreement was put in place in April 2017, calling for a 325-room project and no amendments to the Port Master Plan Amendment, or PMPA. The Sunroad plan morphed into the 500-room, two-phased, dual-branded project in early 2018. Phase one would bring a seven-story, 325-room hotel with restaurants and retail spaces online. The conceptual second phase would bring the 175-room hotel project online.

Outstanding issues with the phased plan, however, resulted in the project being fleshed out again at the Aug. 14 commission meeting. The outstanding issued revolved around fitting the project within the constructs of the port district’s master plan.

Malcolm spoke to the project’s design, stating it has elements of being nice but falls short of being “iconic” and lacks “wow factor.” He added the project should promote water mobility and include infrastructure to allow or transient boater access.

“I think significantly more density here would be a good thing,” Zucchet said.

Port district staff and commissioners will likely re-visit the Sunroad Enterprises development at the next board meeting, which is set for Sept. 12.