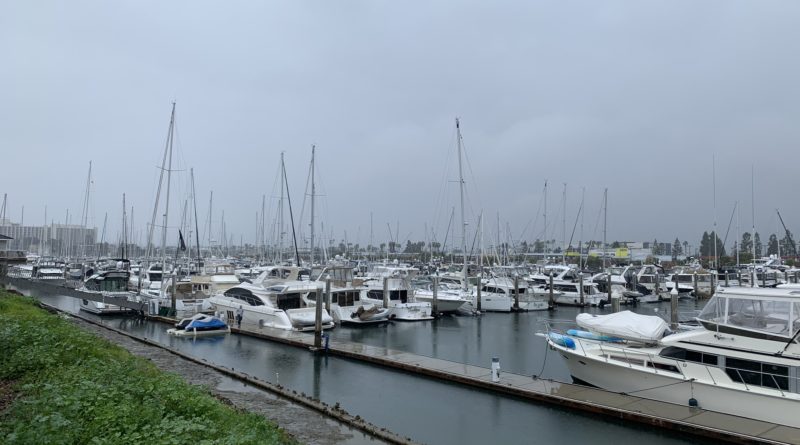 Port of San Diego’s Board of Port Commissioners seem pleased with current iteration of the planned redevelopment of a parcel adjacent to Sunroad Marina.

SAN DIEGO—A planned hotel development next to Sunroad Marina appears to be picking up some steam after years of planning and going back to the drawing board, as the Port of San Diego’s Board of Port Commissioners expressed collective support of the project’s most recent iteration.

Port district staff and members of the development team were in front of the board on Oct. 8, updating commissioners of the hotel project’s status.

Commissioners, based upon the presentation, directed port district staff to go forward with the California Environmental Quality Act (CEQA) process. The CEQA process could take up to 16 months to complete, according to port district staff.

“I think the project we have in front of us is a lot better than anything that we’ve seen and I think it really reaches to the core of what we’re trying to do as world-class projects,” Commissioner Robert “Dukie” Valderrama said. “We’re headed in the right direction.”

Representatives of Sunroad Enterprises and Carrier Johnson were on hand to discuss the project with commissioners.

Bringing a hotel project to the “elbow site” of East Harbor Island would be “challenging,” Uri Feldman of Sunroad Enterprises said.

The port district, in February, gave Sunroad Enterprises a set of parameters for the hotel project: it had to be built in one phase with as few buildings as possible; the hotel had to have between 450 and 500 rooms; the project had to fit within the guidelines of the Port Master Plan; parking had to be integrated into the parcel’s interior; the hotel operator must be an upscale brand; water mobility must be encouraged; a bayside public promenade must be part of the development; the buildings could not block any view corridors; and, the building(s) had to be iconic and “responsive to location on the bay.”

Commissioners also directed staff to ensure these parameters were included in Sunroad Enterprises’ plan during the CEQA process.

Feldman said the hotel project would be built as a one-tower design.

Vincent Mudd of Carrier Johnson said the design would indeed be “iconic.” He added there would be cafés, public paths and other amenities available to boaters, locals and visitors.

The project still has to go through the California Coastal Commission and secure financing.

Sunroad Enterprises has been a port district tenant since 1984. The hotel project would be built adjacent to Harbor Island’s Sunroad Marina.

Commissioners selected Sunroad Enterprises to redevelop an “elbow parcel” on the eastern side of Harbor Island in September 2016.