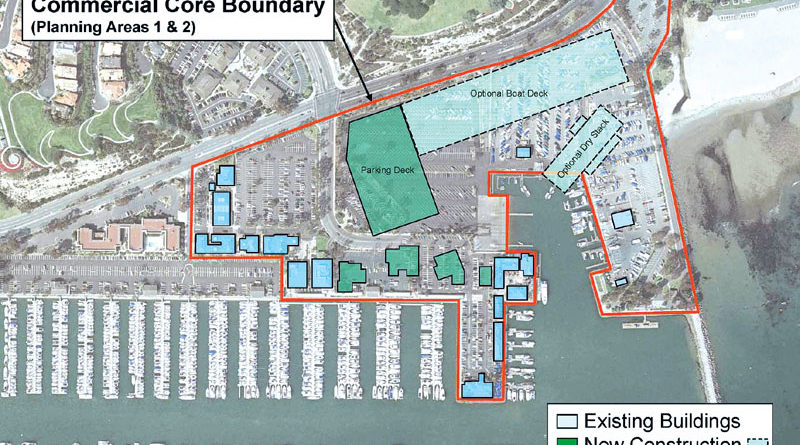 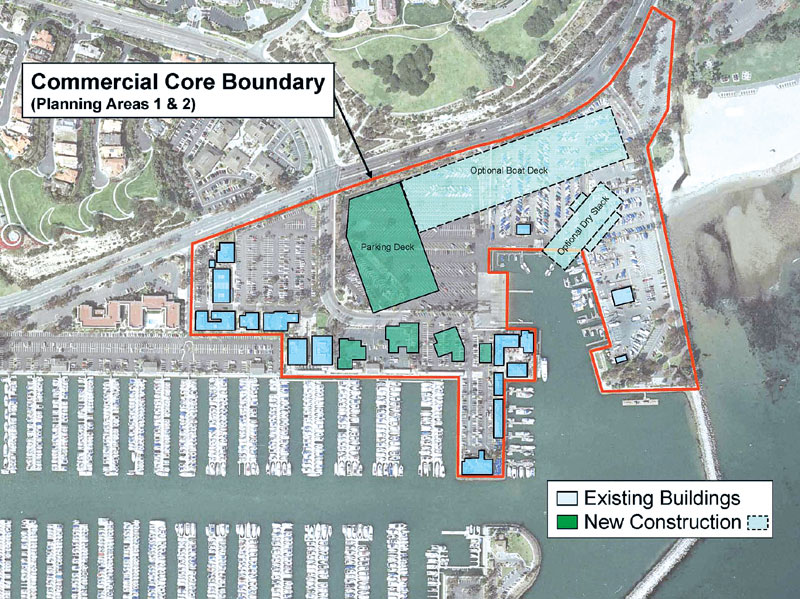 DANA POINT — The Orange County Board of Supervisors signed off on a $7.4 million contract agreement between Dana Point Harbor and MVE Institutional Inc. to design, plan and analyze the first phase of the long-awaited Dana Point Harbor Revitalization Plan, covering the harbor’s commercial core and dry boat storage options.

“The Board of Supervisors and the Dana Point community have been very supportive of the revitalization plan in the past, and this contract puts the county one step closer to implementing the plan,” said OC Dana Point Harbor director Brad Gross.

The six-year agreement gives MVE Institutional Inc. the task of developing the design and construction documents necessary to obtain Coastal Development Permits (CDPs) that will require city approval before construction can begin. Gross said he hopes to complete the CDP application process for the “Commercial Core” revitalization by early 2013, with construction to begin in 2014.

The first phase of the plan calls for the redevelopment of Planning Areas 1 and 2, labeled the “Commercial Core” — including Mariner’s Village, Dana Wharf, a launch ramp, a boater parking lot and a “surface” dry storage area for boats.

The construction plans include the replacement or renovation of existing retail and restaurant buildings in the eastern portion of the harbor and the potential construction of an additional 30,000 square feet of retail and restaurant uses, a two-level parking deck with space for 745 cars, a 35,000-square-foot Festival Plaza public gathering area and a yet-to-be-determined dry storage facility for boats.

“The first deliverables from MVE Institutional will be to analyze what kind of dry boat storage to construct,” Gross said during the Board of Supervisors’ Feb. 28 meeting.

The first option is a 50,000-square-foot, five-level dry stack boat storage building that would overhang above the water, adjacent to the harbor’s public launch ramp. The building would include a series of racks that boats would be stacked in, with boats to be launched and retrieved by a crane system — capable of either launching a boat directly into the water or lowering it onto a trailer.

The second option would involve creating a 393,000-square-foot boat storage deck, similar to a long-span parking structure, which would be built on top of the current launch ramp parking area.

Both options would offer a minimum of 493 dry boat storage spaces and 334 day-use trailer parking spaces.

“Before they design anything, they must analyze the boat deck concept,” Gross said.

“We will determine the most appropriate facility based on input from the boaters, harbor community, city of Dana Point and county of Orange,” Gross said.

Planning Area 1 makes up the eastern boundary of the harbor, beginning at the intersection of Pacific Coast Highway and Dana Point Harbor Drive. It includes an OC Parks maintenance yard, Dana Point Shipyard, Dana Point Jet Ski Rentals and Anchor Marine Center — and it has a total capacity of accommodating up to 288 cars in the various parking areas, 183 cars with trailers, and 516 boats in the surface storage areas.

Planning Area 2 is situated between Embarcadero Place and Casitas Place and includes Mariner’s Village, Mariner’s Alley and Dana Wharf. A total of 75,000 square feet of commercial, retail, and restaurant uses are in the area and a 4,000-square-foot boater service building. The area has a total capacity to hold 900 cars in the various parking areas and up to 130 cars and trailers.

The 276-acre harbor has been divided into three portions: the landside area along Dana Point Harbor Drive adjacent to the bluffs; the island area (connected by a bridge to the landside); and marina areas consisting of boat docks, slips, commercial fishing fleet slips, federal anchorage areas, tall ship docks, a fuel dock, sportfishing docks and a bait receiver.

The California Coastal Commission and the Dana Point City Council have approved the adjustments to the Implementation Plan for the landside portion of the harbor’s Local Coastal Plan Amendment, which has moved Planning Areas 1 and 2 to the design level, while the remainder of the harbor redevelopment plan — including the waterside and dock improvements –requires further environmental review.