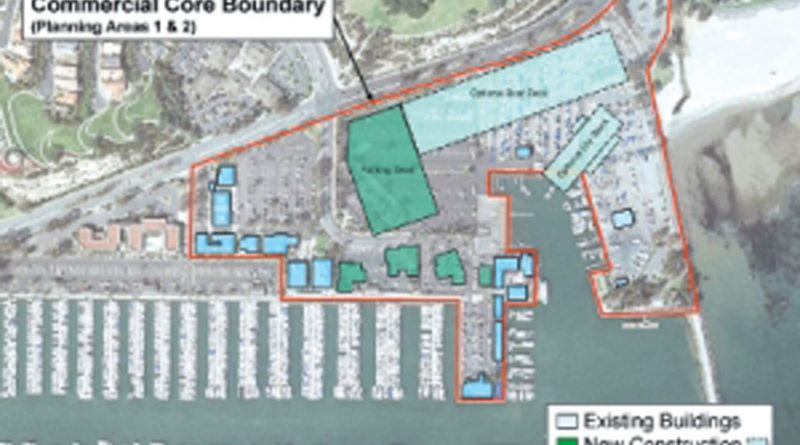 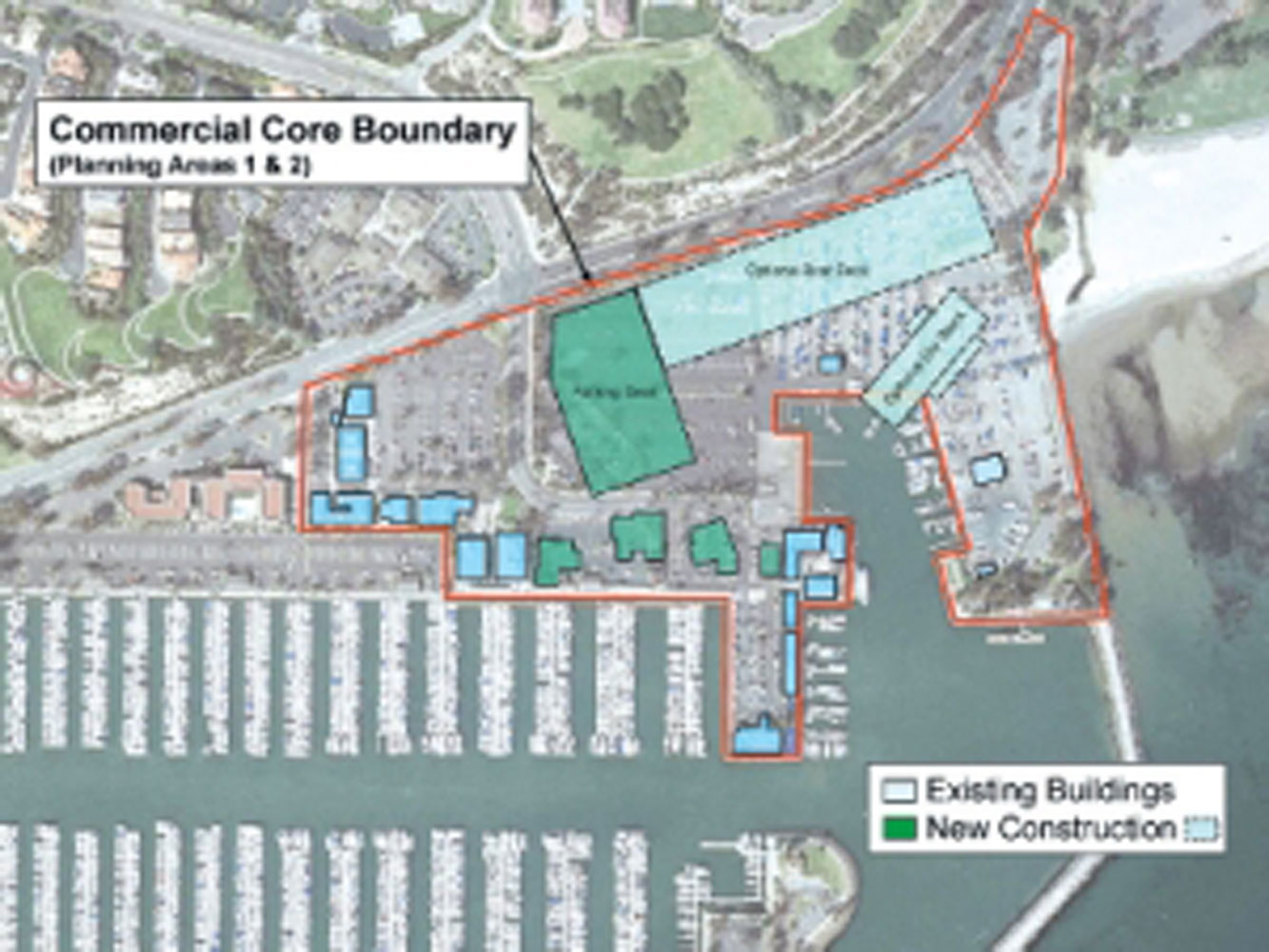 DANA POINT – The Orange County Board of Supervisors unanimously approved its CEO’s responses to the Dana Point Harbor Revitalization Grand Jury Report on Sept. 16. Complementing the vote was Supervisor Pat Bates’ suggestion that county staff revisit the permitting process and report back to the dais before the end of the year.

County Supervisor CEO Michael B. Giancola wrote an eight-page response letter addressing the findings and recommendations of the 2013-2014 Grand Jury Report “Dana Point Revitalization – 15 Years of Planning: What Has Been Learned?”

The 35-page Orange County Grand Jury Report found that while the proposed project has been in the works for 15 years and millions of dollars has already been spent, construction of the new waterfront venue has not yet started.

The Grand Jury Report added delays were caused by the California Coastal Commission requesting environmental revisions be made and special interests providing criticism of the plan.

“There exists a culture of leave well enough alone by some current and past county employees and officials that DPH should not be open to scrutiny or investigation. Perhaps this ‘hands off’ perception can be attributed to ‘District Prerogative,’ which affords cooperation among County Supervisors,” the report stated.

The report also stated the fact multiple extensions were made to the original agreement during the past 11 years “are a major source of concern, with the budget nearly doubling in that time.”

“The budget for the revitalization project has increased from $6,982,000 approved for an initial five-year term in 2003, to the new maximum financial obligation of $13,183,310, through June 25, 2018. The actual cost is yet to be determined,” the Grand Jury Report stated. “Additional funds to complete the project are anticipated to be sought through bonds and/or loans. At this time, there is no visible sign of construction. There is also no plan to re-bid the project management agreement that has been in place since 2003.

“It has been an arduous task for the Grand Jury to identify and verify invoiced expenditures for the revitalization project relating to the project management company,” the report continued. Grand jurors also stated the Revitalization Plan’s 12 Guiding Principles has not been updated since they were initiated in 1997 and approved one year later.

“The primary goals of the project were to revitalize Dana Point Harbor so it could continue to operate as a popular destination for boaters, local residents and tourists while maintaining the unique character of the harbor,” the Grand Jury Report stated. “The ultimate goal for the harbor was to create a vision which accommodates all interests and ensures the preservation of the character of this outstanding small-craft harbor.”

Grand jurors provided a historical overview of Dana Point Harbor’s evolution, adding the Revitalization Plan was developed, at the direction of the Board of Supervisors, “to ensure the Harbor’s long term vitality and success” and provide a frameworks “for more detailed planning.”

Spawned from a county-created task force, the Revitalization Plan was adopted by both the Board of Supervisors and the Dana Point City Council in 2006. County officials, according to the Grand Jury, anticipated Dana Point Harbor to have emerged “as a thriving recreational, boating and retail activity center” by 2020, complete with “ a new commercial core, complementing Dana Wharf … [and] planned Festival Plaza serving as a gathering place for boaters, shoppers, tourists, and transient boaters.”

Bates, who represents Dana Point on the Orange County Board of Supervisors, said at the Sept. 16 meeting the process is a major reason for the project being delayed.

“I would like to compliment the Grand Jury on taking issue with the processing time at the Coastal Commission. Many people have issue with the length of time it takes to get their projects through,” Bates said. “[The] private sector finds an inordinate amount of costs are levied upon projects they are building because of the processing time. If you look at the costs over the years, much of it was because it had to be referred back through the Coastal Commission for various amendments.”

Bates, who is termed out of office this year, added she hoped a ribbon-cutting or groundbreaking would take place during her successor’s tenure.

One of those possible successors, Laguna Niguel Councilmember Robert Ming, said the time is now to finally move forward with the Revitalization Plan.

“The Revitalization Plan has been a long time in the making and has seen a lot of input from the community. I think we are at the point now where we have a solid plan and need to make progress,” Ming said.

In his responses to the Grand Jury Report, Giancola stated his office has already implemented a few of the panel’s suggestions, including the scheduling of an annual audit, maintaining records of meeting minutes, monitoring agreements and the implementation of their terms, and establishing of guidelines for construction contract competition.

Giancola also disagreed with the Grand Jury’s finding that historical invoices submitted by the hired project management firm lacked specificity. The Grand Jury stated it was difficult to track what work was completed and for how much money.

“Although the contract for the project management company has been in effect since 2003, the Grand Jury has been unable to unearth the original bids and oral responses of the applicants to the Request for Proposal,” the Grand Jury stated in its report.

In response, Giancola stated in the past dozen years agreements with the project management firm were updated or modified and the invoicing reflected such changes.

“Invoicing for this project has been going on for 12 years. During this time, the agreement with the project management firm has changed based on direction from the county at any given point in time through the Board of Supervisors,” Giancola wrote in his responses. “Invoicing format has been modified over the years based on the type of agreement structure and based on invoicing requirements and project needs set by the county at the time.”

Another point of disagreement: whether standardized minutes of weekly meetings held with harbor management were properly documented.

The Grand Jury reported the weekly harbor management meetings were not properly documented with standardized minutes, a finding Giancola challenged.

Harbor officials followed proper protocols in conducting its meetings with stakeholders and others, Giancola replied.

“Regular team meetings are held by OC Dana Point Harbor with the Dana Point Shipyard (quarterly), the harbor operators (bi-weekly), as well as the project management company and design/engineering consultants (weekly). The proceedings of these meetings are documented on a consistent basis,” Giancola stated, adding he also disagreed with the Grand Jury’s finding that oversight lacked in other areas such as tracking deliverables and auditing.

When the Grand Jury suggested both Giancola and Dana Point Harbor Director Brad Gross do a cost analysis of the efficiency of having two marina management companies, the Orange County CEO responded the recommendation would be implemented in the future.

“Prior to the expiration of the current Dana Point Marina Company (East Basin) operating agreement in February 2021, a cost analysis will be conducted for both east and west basins as well as looking at continued feasibility and appropriateness of using operating agreements [versus] leases,” Giancola stated.

Owned by Orange County, Dana Point Harbor was completed by the Army Corps of Engineers in the late 1960s. The first boats came into the harbor in 1971.

According to the Grand Jury, Dana Point Harbor “was built as a small boat harbor and has kept its small-town charm.”

In 1997, the Board of Supervisors appointed 23 members to the Dana Point Harbor Revitalization Plan Task Force. “The Task Force stressed a strong desire to retain Dana Point Harbor’s unique character and ambiance, but recognized the need to repair or replace ageing structures, update design standards and address critical parking and traffic circulation problems,” according to the Grand Jury.

The Dana Point Planning Commission approved the Revitalization Plan in May, with the harbor’s Coastal Development Permit. An entire copy of the permit application can be viewed online at ocdph.com/revitalization/landside/cdp.

Estimated to cost about $150 million, work on the revitalization project is expected to begin before April 2015.

According to county officials, the approved Coastal Development Permit would allow 13 of the harbor’s commercial and boater-support buildings to be replaced with seven new – and larger – edifices housing about 30,000 square feet of commercial, office, restaurant and retail space. Plans also call for a two-level parking structure with 545 spaces.

The Coastal Commission-approved Dana Point Revitalization Plan and District Regulations stated “improvements are planned to occur in phases over approximately five to 20 years.”
Phase One, according to the Revitalization Plan, would be in the commercial core area and take between two to five years to complete. The second phase is for long-term improvements and would revitalize the marinas, renovate existing structures, upgrade streets and infrastructure and reconfigure an area currently used for non-shipyard activities into a space for boat storage.
Other improvements could be in store beyond the commercial core area, according to the Revitalization Plan, including possible upgrades to existing harbor facilities and shipyard, replacing “the outdated Marina Inn complex with an upgraded hotel and expanding local yacht clubs.”

According to a statement released by county officials in May, financing and cost estimates still needed to be finalized. The county also hoped to begin the processes for bid requests for construction contracts.

County officials reported more than 100 meetings and open houses with stakeholders were held throughout the planning process.

Adding to the list of meetings was an Oct. 7 public hearing at the Dana Point Community Center. The hearing was held in response to appeals filed with the California Coastal Commission. Those appeals reportedly claimed the city of Dana Point’s approval of the Revitalization Plan’s commercial core project did not “adequately address several policies of the Dana Point Harbor Revitalization Plan and District Regulations.”

Details from the public hearing, including perspectives from other individuals and parties impacted by the Revitalization Plan, will be published in the Oct. 24 issue of The Log.