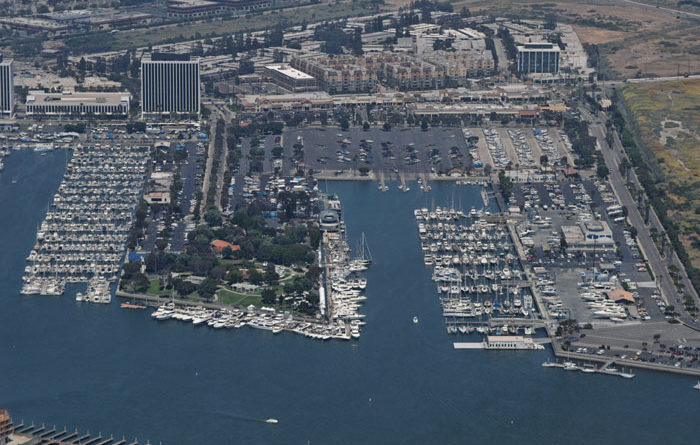 MARINA DEL REY — The Los Angeles County Board of Supervisors approved the transfer of $500,000 toward the new $12.25 million dock system planned on the northwest side of Burton Chace Park in Marina del Rey.

The project, planned for the area known as Anchorage 47, will replace the current 13-dock, 330-slip system with 11 docks and 253 slips, with a total loss of 77 boat slips. The report indicated the slip loss was due to Americans with Disabilities Act accessibility standards for public marina facilities.

The Board of Supervisors had the item on its consent calendar for approval July 17 and had received input from Jon Nahhas of the Boating Coalition on the item at the July 10 meeting. Nahhas said he had geographical evidence pointing to a larger total number of slips in the project than the 330 mentioned by the county, identifying a total of 420 slips in Google satellite images.

We ask that your staff show us where these 330 slips are, because it’s a complete fictitious number,” Nahhas told supervisors. “Why would this number of slips be underestimated? Who would benefit by misrepresenting the information presented?”

Nahhas asked for maps to be included in all future reports, so that slip numbers can be accurately identified and verified.

The $500,000 allocation will be transferred from the Los Angeles County Department of Beaches and Harbors’ operating budget to the Capital Projects and Refurbishment budget, to fund the design costs for the Anchorage 47 Dock Replacement.

The dock replacement project is part of the Board of Supervisors’ April 19, 2011 approval of the harbor redevelopment plan for all county-owned and operated docks adjacent to Burton Chace Park. Docks at Parcel 47 were constructed in 1973 and the dock portion marked for replacement at Parcel 44 was constructed in 1967. The two parcels are collectively known as Anchorage 47.

Construction of the new dock system will be orchestrated in three consecutive phases, with no more than one-third of the docks under construction at any one time, to minimize impact on local boaters. The project is planned to get under way by March 2013 and is expected to be completed by September 2014.

The project will run in conjunction with the Burton Chace Park public dock replacement project, which will give the dock site — at the end of Mindanao Way on Parcel 48 and EE — a $5.4 million upgrade.

The new dock public dock system will offer 44 transient boat slips to replace the current 33, accommodating vessels from 26 to 80 feet in length. Larger boats will be able to side-tie along the planned 300-foot dock space that will be constructed, as well.

Construction on that project should begin in October and is expected to take 12 months to finish.

Both projects will include repairs and upgrades to shoreside utilities, including water, fire protection, power and sewer lines.