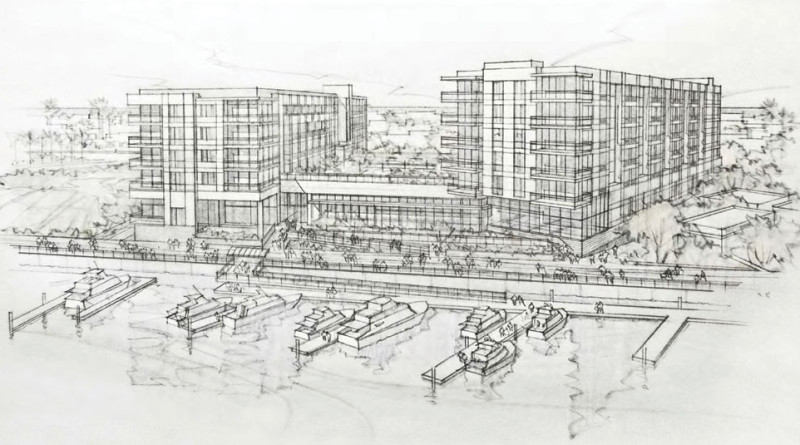 LOS ANGELES — A planned 288-room hotel in Marina del Rey will move forward despite appeals from local residents and a nonprofit group, thanks to an unanimous Board of Supervisors vote on Oct. 6 green-lighting the project proposal.

County planners approved a series of permit requests filed by MDR Hotels LLC, the company proposing a new Marriott property in Marina del Rey, on July 22. The approvals were challenged by Ballona Institute about two weeks later, causing the county’s Board of Supervisors to schedule a public hearing on Oct. 6.

“[This proposed project develops] a parcel of unincorporated Marina del Rey that will result in the increased revenue to the county from the ground lease associated with the project,” county staff stated in a report to supervisors, adding elements such as a labor agreement, public wetland, restaurant, WaterBus and waterfront promenade furthered the county’s strategic plans at the coastal enclave.

Janet Zaldua, CEO of the Marina del Rey Convention and Visitors Bureau, said the Marriott project will bring new hotel rooms to an area with a high occupancy rate.

“According to PKF Consulting, in 2014 Marina del Rey’s six hotels experienced an average yearly occupancy rate of 80.1 percent. The demand for hotel rooms in the area remains strong,” Zaldua said. “The market has historically performed with an occupancy rate in the high 70s and we expect this trend to continue with the addition of a new hotel property.”

She added the new hotel property would “strengthen the marina’s position as a premier travel and tourism destination” and give Los Angeles County an additional revenue stream.

“The two new hotels will generate additional tax revenue for the County of Los Angeles that will further support infrastructure improvements, visitor serving projects, destination marketing efforts, and the overall revitalization of Marina del Rey,” Zaldua said. “The development of an active wetland, public promenade and alfresco dining overlooking the Marina will be a tremendous asset for both locals and visitors to enjoy.”

Opposing the project was Robert van de Hoek, president of Ballona Institute. It was van de Hoek who filed an appeal against the project in August, claiming county officials are engaged in piecemeal, not community, planning.

The proposed project would occupy 263,000 square feet of vacant land and would feature 288 guest rooms, a bar, lounge, meeting space and an outdoor terrace within two buildings.

Almost 400 feet of a waterfront promenade in between the hotel and marina would be widened and upgraded by the developer, according to county officials.

The developer added the Marriott property would be enhanced by the completion of Anchorage 47. Boaters would reportedly be able to access the Courtyard and Residence Inn via the upgraded waterfront promenade.

Supporters of the proposed hotel project claim the new Marriott, if realized, would bring new jobs to Marina del Rey and address a high demand for hotel rooms in the region.

Plans to build a hotel in the area have reportedly been circulating since 1975. The current Marriott proposal is a scaled down version of what county officials previously contemplated. A 19-story hotel and timeshare property was originally proposed on the same site where MDR Hotels anticipates building two Marriott properties, complete with 152 hotel suites and 132 timeshares. Planners eventually scaled the project down to 288 hotel rooms and no timeshares within a six-story building.