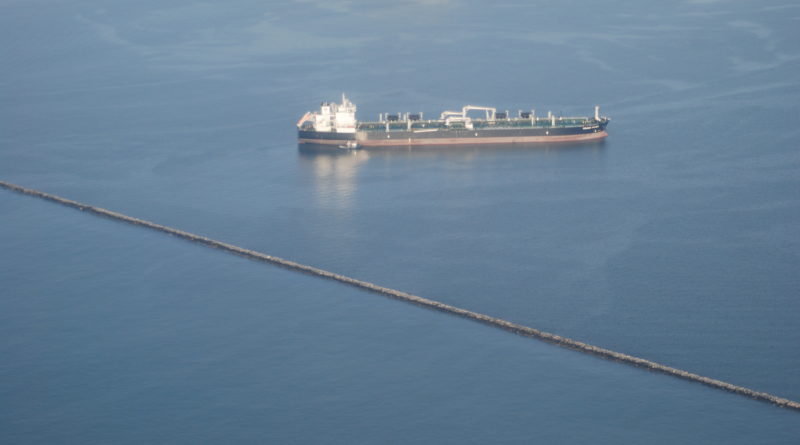 Will U.S. Army Corps of Engineers take offshore breakwater off the map or keep it in place?

LONG BEACH — Plans to modify the large breakwater off the Long Beach coast could shift from complete removal of the 2.2-mile stretch of aquatic infrastructure to keeping the offshore string of rocks in place, according to those familiar with the situation.

The Corp of Engineers appeared to be moving forward with a plan to remove the Long Beach Breakwater entirely, partnering with the city of Long Beach to complete the project. Recent reports from local news outlets and the Surfrider Foundation, however, indicate the federal agency might do an about-face and keep the string of rocks in place.

Surfrider Foundation wants the Long Beach Breakwater removed in order to improve surf conditions along the city’s extended coastline. Long Beach was once home to ambitious surfers seeking to catch large waves, but local waters were tamed once federal officials built the nearby breakwater.

Representatives with the Corps of Engineers, meanwhile, have not revealed much in terms of updates, so whether or not plans to remove Long Beach Breakwater will remain intact remains unclear.

Removal of the breakwater – referred to as “The Surfrider Alternative” – could bring back Long Beach’s once famous surf action, but it is unclear what the change in current activity would mean for the city’s downtown area marinas. Rainbow and Shoreline marinas weren’t active destinations for recreational boaters until the 1950s – after the Long Beach Breakwater was built.

A 14-page letter from Surfrider Foundation to the Corp of Engineers in 2016 made the case for removing the Long Beach Breakwater and allowing surf/wave action along the city’s coastline to be revived.

“The Surfrider Alternative proposes to restore sandy bottom habitat by reconfiguring the Breakwater, bringing waves back to the shores of Long Beach, and mitigating for impacts,” Seamus Ian Innes, president of the foundation’s Long Beach Chapter, wrote in the 2016 letter to the Corp of Engineers.

Innes added removal of the Long Beach Breakwater would increase the density of a giant kelp habitat nearby while also improving recreation activities (such as diving, fishing, surfing, swimming and general beach use).

The Long Beach Breakwater is also a navigational hazard, according to Innes.

“The Breakwater as it currently exists it is a hazard to small craft navigation. It is a common occurrence for small craft to lose propulsion outside the Breakwater and drift onto the rocks. This has resulted in countless rescue and hazardous agent or spill containment operations by the Coast Guard, Lifeguards, Long Beach Fire Department, Long Beach Health Department, and Vessel Assist,” Innes wrote in 2016. “These incidents have resulted in recreational coastal closures, required water quality testing and monitoring, damage to the watercraft, injury and death.”

Surfing was a popular pastime in Long Beach prior to the breakwater’s installation. The city, colloquially hailed as the Waikiki of the West Coast, hosted the National Surfing Championships in 1938. Long Beach would no longer be a surfing destination when easternmost of three breakwaters was built off the city’s coast in 1949. Federal officials reportedly built the breakwaters to benefit Navy and port activities in the area.

Southern California’s suburban population explosion was still a few years away when the Long Beach Breakwater was built. Surfrider Foundation believes removal of the youngest of the three breakwaters will benefit anglers, divers, habitats, local beachgoers and surfers. Whether the breakwater’s removal would benefit or harm boaters at Long Beach’s marinas, however, is still up in the air.