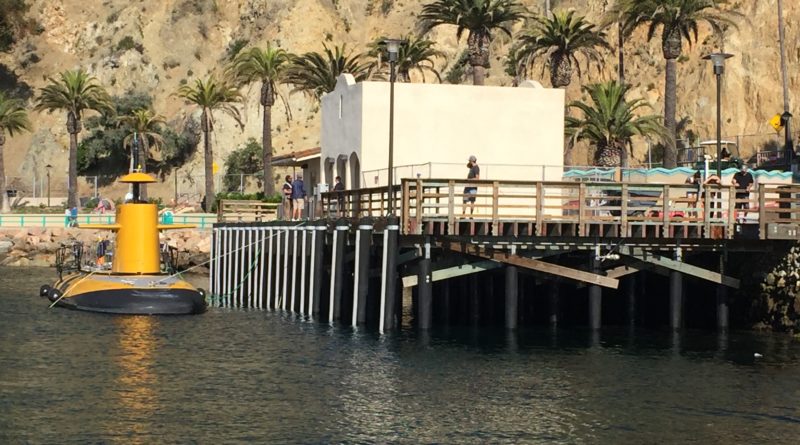 The city issues another RFP with requirements to build and an agreement to lease.

AVALON ― Catalina Island’s Casino Dock Café might have been closed three years ago due to the rebuild of the aging fuel dock, but discussions of rebuilding the boater amenity and adjacent eatery continue to stall. Negotiations regarding the fuel dock café, which actually have been going on for more than 10 years now, came to a standstill once again at the Sept. 5 Avalon City Council meeting, prompting the city to issue another Request for Proposals (RFP) from interested parties willing and able to construct, lease and operate a new dining establishment.

The revised RFP has been posted on the city’s website as of Sept. 8, but this time with construction specifications and a draft of the lease agreement upon the city council’s direction. The lease agreement posted online, interestingly enough, has Russell and Jenny Armstrong’s named as the lessee for the café despite discussions reaching an impasse between the city and the Armstrongs.

Russell and Jenny Armstrong, who were the previous Casino Dock Café owners and the only party to respond to the initial RFP, were willing to negotiate with the city at the Sept. 5 meeting.

The Armstrong’s proposal included building the restaurant with a 50-year ground lease. The city offered a 30-year lease.

City Council member Joe Sampson proposed a 40-year lease at the Sept. 5 meeting as a compromise, and the Armstrongs agreed.

Sampson asked the Armstrongs how long would it take for them to build the fuel dock café restaurant with the city’s help. The Armstrongs said if a resolution was made this fall, they could have the restaurant ready for the 2018 season.

“Man, that would be nice,” Sampson replied.

Sampson then suggested the City Council approve a 40-year lease with the Armstrongs or put out another RFP for another month.

City Council member Oley Olsen interjected saying the lease should not be more than 35 years.

“Now we are going from 50 to 40 to now 35? I’m not sure who I am doing business with here truthfully,” Russell Armstrong responded. “As far as the Casino Dock Café goes, the entire council needs to get their entire act together. Could we leave it at 40 years?”

Olsen said the Armstrongs are the ones changing the terms all the time. Armstrongs did not deny this saying this is what happens as more time passes giving the opportunity to consider more options.

“We’ll respond to the RFP. Perhaps you’ll get some other respondents as well,” Russell Armstrong told the council. “Do what you’ve got to do, but stop frustrating us.”

Mayor Ann Marshall brought up the food truck idea again. Russell Armstrong walked away from the podium at that point.

“It’s difficult to deal with people that really don’t know too much about business,” Russell Armstrong told The Log.

Russell Armstrong did say there is one major difference with the RFP this time, which might be the reason the city is putting out the proposal for others to have a chance to respond. The proposal now includes a rooftop deck.

Russell Armstrong pointed out the rooftop deck does not, however, allow for a larger occupancy, because the bottom deck’s size is going to be smaller than before.

“The city has made a lot of mistakes with the entire facility. They put in huge bathrooms with relatively small facilities inside, but a large building for the restroom facilities. That encroached on the Casino Dock property. It didn’t leave us with much space,” Russell Armstrong explained.

The Armstrongs are once again prepared to respond to the latest RFP.

“We’d like to have our business back, but it’s not going to be at any cost,” Russell Armstrong said. “If they get a better offer, so be it. We are okay either way.”

The deadline to respond to the RFP is Oct. 6. Avalon City Council plans to hold their next discussion on a fuel dock café at their Oct. 17 meeting.

“I had wished that an agreement that was satisfactory to the council and the Armstrongs could have been reached,” Avalon City Manager David Jinkens wrote in an email to The Log. “We will just have to see how much interest there is in the new RFP. Several parties in town and a few out-of-town have expressed interest, but we have seen this type of inquiry before with no response to the previous RFP.”

The Armstrong’s current restaurant, Portofino, is slated to close at the end of October. The new owners of the property have plans to add additional hotel rooms and a bar serving small plates.

A timeline follows of what has transpired between Avalon City Council and the Armstrongs: